Dershowitz: Trump has path to victory. Sidney Powell not part of legal team

President Trump’s campaign filed a notice of appeal after a federal judge dismissed a lawsuit aimed at blocking Pennsylvania from certifying the results of the election until tens of thousands of mail-in ballots are invalidated.

Making Sense Of The News About Sidney Powell

Making Sense Of The News About Sidney Powell

Update (1000ET): Sidney Powell has issued a statement providing more details, and perhaps confirming the findings below that this is a funding issue… (emphasis ours) I agree with the campaign’s statement that I am not part of the campaign’s legal team.

A house divided. Big error. Clearly this election was stolen. Even if it’s proven after the date, it’s still worth doing. Precedent: they attacked Trump for 3 years.
Dominion software has had plenty of detractors over the years, including Democrats.
Distancing themselves from Sidney Powell … they will live to regret this decision.

Thank god you guys are back to doing factual reporting. The sort of hysterical Walter Winchell style he said/she said crap we saw around the Tucker/Sidney thing is exactly what we DON’T need right now, when people we are listening to and relying on to report whats going on lose their rag like that and go off the deep end, we are cut adrift. I have a TON more respect for Tucker Carlson (AND Lionel!) than I did a week ago, he is one straight up ballsy dude, he could have pandered to the peanut gallery and been lauded for… Read more »

They have also taken Maine 2 from Biden and put it in the tossup column. Ok guys, how about it? Lets hear some meaningful analysis as to what this all means. RCP shows 197 electoral college votes currently in play, that’s more that the total they have actually called for both candidates combined. What does this mean? How can we interpret this data? BIG question!!! 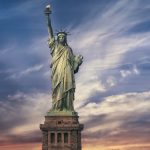 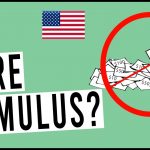