The death of the actor Dennis Waterman in a Spanish hospital has been reported. On May 8. Although best known as a character actor and for his tempestuous second marriage to fellow thespian Rula Lenska, he had a lesser known career as a singer and occasional songwriter.

Dennis was born in Clapham, South London on February 24, 1948, the youngest of nine siblings! In spite of this and his humble working class origins, he was destined for stardom from an early age, and although not an A List celebrity, he was instantly recognisable in these islands.

His first acting role came before his teens in the 1960 film Night Train For Inverness. He played a seven year old! Although he made other films and also trod the boards, his biggest roles were in three successful TV series: The Sweeney, Minder, and New Tricks.

In The Sweeney he played an old-fashioned hard drinking detective. In the 1970s, the real Flying Squad was enmeshed in bribery and corruption with one of its leading detectives receiving an eight year sentence. In the fictional series, Waterman and his co-star the slightly older John Thaw (who died in 2002) may have bent the rules but they were never corrupt. In today’s politically correct police, they would probably have been sacked for some trivial politically correct non-offence.

The Sweeney spilled over onto the big screen in 1977 and 1978.  According to the Internet Movie Database, the series ran for a total of 54 episodes. His next big role was in the comedy drama series Minder, which ran for 73 episodes and in which he starred alongside another very fine character actor, the much older George Cole, who died in 2015. Cole’s character, Arthur Daley, has become a cultural reference.

Then there followed New Tricks, another and slightly off-beat detective series. This ran for 99 episodes between 2003 and 2015. By now somewhat advanced in years, he was a member of a special cold case unit made up of retired police officers, and they really got things done.

Waterman’s musical career included performing the title songs for Minder – I Could Be So Good For You, and the grammatically incorrect It’s Alright for New Tricks.

Dennis Waterman married four times and divorced three; he was the father of two. His daughter Hannah is an actress. Hannah’s mother was his second wife Patricia Maynard, who co-wrote I Could Be So Good For You.

Dennis Waterman was a devoted Chelsea fan, so doubtless he will now he hanging out with Paul Todd who died two months ago.

I enjoyed the “Minder” & Liked Dennis, 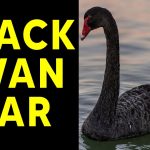 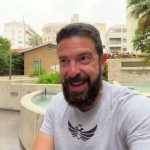