By Wolf Richter for WOLF STREET

Passenger revenues collapsed by 94% to just $681 million, United Airlines disclosed in its Q2 earnings report today. Other operating revenues plunged by 37% to $392 million, but cargo was hot, rising 36% to $402 million “by serving strategic international cargo-only missions and optimizing aircraft capacity with low passenger demand.” All combined, revenues collapsed by 87%.

This has now become the serenade by airlines to investors. United follows Delta in it: Revenues have totally collapsed, and we’re in an existential crisis, and we’re cutting costs and capacity like maniacs, and we need to shed tens of thousands of employees, to reduce our cash burn, but we’ve raised many billions of dollars from you all (thank you) and from taxpayers, and we will duly burn this cash during this crisis.

United said today it has slashed operating costs by 54%” compared to Q2 last year; this includes expenses for fuel, which were down 90%, aircraft maintenance down 74%, landing fees down 35%, and its largest line item, salaries down 29%.

Those are huge cuts. Earlier in July, in a dreary assessment of the airline industry and traffic, including a renewed decline in ticket sales starting in late June, United announced 36,000 “involuntary furloughs” on or after October 1 if it can’t entice those employees to leave voluntarily beforehand.

Despite the cost cuts, United lost $2 billion in the quarter.

And it said that it expects its system capacity in Q3 to still be down by 65% compared to Q3 last year. And it will cancel flights and adjust capacity “until it sees signs of a recovery in demand.”

United is also noted to be among the US airlines that have so far refused to block the middle seat to reservations, and that will pack passengers like sardines into its planes if it can find enough passengers.

But passengers are still hard to find. United expects a load factor in July of only 45%. And it expects that less than 15% of its flights in July to have over 70% of the seats filled.

United said that it has raised $16 billion since the beginning of the crisis – edging past Delta which said that it had raised $15 billion – “through debt offerings, stock issuances and the CARES Act Payroll Support Program grant and loan, among other items.”

These “other items” of raising funds include sale-lease-back transactions with BOC Aviation, the state-owned aircraft leasing giant headquartered in Singapore. The aircraft subject to these sale-leaseback transactions are six Boeing 787-9 and 16 Boeing 737 MAX scheduled to deliver in 2020 – if and when Boeing resumes delivery of the 737 MAX.

When will this fiasco finally abate?

The answers keep getting worse. United now “expects demand to remain suppressed until the availability of a widely accepted treatment and/or vaccine for COVID-19.”

Alas, that may take a while.

Despite numerous announcements of “promising results” of early trials or experiments of various treatments or vaccines, mainly for the purpose of goosing the share prices of select companies and the market overall, an effective and safe vaccine that is “widely available” may not happen “until the second half of 2021 or even later,” according to Lazard’s Global Healthcare Industry Leaders Study.

The study surveyed 184 executives and 37 investors “across pharmaceuticals and biotech, medical technology and health care services – representing many of the world’s largest health care entities, as well as smaller public and private companies and prominent investment firms.”

And in terms of fining a safe and effective treatment, only 49% of these healthcare leaders said that there is a better than even chance that such a treatment can even be found.

So, for United Airlines to stake the demand recovery on the wide availability of a safe and effective vaccine and/or treatment will require some longer-term patience.

The TSA checkpoint screenings, which track how many people enter daily into the security zones at US airports, are now declining again, after the renewed outbreaks of the virus caused both United and Delta warn about re-declining ticket sales.

The seven-day moving average, which irons out the day-to-day volatility, has edged down to -74.6%, worse than where it had been on July 2. These are not the ingredients of a V-shaped recovery for plane travel and for airlines, but maybe something like a flattened-out fish-hook-shaped recovery.

Offering incentives to employees in order to entice them to depart voluntarily is all the rage now – given that the airlines, having accepted federal bailout funds, cannot lay off their employees until October 1.

United said that “more than 6,000 employees” had accepted its offer to depart. At Southwest Airlines, 33% of its flight attendants and 24% of its pilots had reportedly accepted its offers of early retirement or long-term leave. Delta said that at least 17,000 of its employees and over 2,200 pilots had accepted its packages for early retirement or voluntary separation, at a cost of $3.3 billion. Turns out, airlines can use those federal bailout funds to pay for incentives to get those employees to depart voluntarily.

Enjoy reading WOLF STREET and want to support it? Using ad blockers – I totally get why – but want to support the site? You can donate. I appreciate it immensely. Click on the beer and iced-tea mug to find out how:

Hubby and I used to travel a lot. But the idea of wearing a mask while flying from Chicago to Tokyo or Moscow or even Paris is just not going to happen for us. We’ll rent a car and drive around the US now. There are lots of places in the US I haven’t seen since I retired from touring.
At the rate they are regulating there are going to be a lot of airlines going out of business.

Wolf Richter is the author of this article, not JayTe. Wolf Richter should be printed in bold print right under the title, the non-entity JayTe should disappear. Non-authors do not print their names in bold print, where credits to the real authors are due. Jayte is an administrator, secretary, non-author. No need to mention this avatar in bold print. Please change that.

AUTHOR OF THIS TEXT/ WOLF RICHTER !

Author of this text: Wolf Richter

In his cynical, tongue-in-cheek manner, he muses on WOLF STREET about economic, business, and financial issues, Wall Street shenanigans, complex entanglements, and other debacles and opportunities that catch his eye.

The real author of this article is 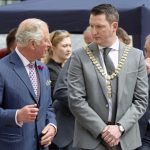 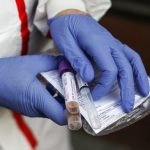