I’m sure this isn’t very much in the interest of most Duran readers.  Why would intelligent people like you be the slightest bit interested in two of the world’s biggest public welfare recipients and their sordid lives?  I asked myself the same question last night when I couldn’t suppress my curiosity.  I will admit I’m weak and I’m a woman who just can’t help herself.  I had to know what they were going to say.  So, I endured a two-hour interview that was likely 30% commercials and watched the whole thing with rapt attention.

Much of the interview was Meghan telling her side of a lot of media stories, many of which seemed unfair to her at the time of their telling, and as she explained, they often took situations and spun them to shine her in a bad light, juxtaposing her with the “good Princess” Kate Middleton.  In one example, Markle claimed that it had indeed been Princess Kate who made Markle cry before her wedding, and not the other way around.  I suppose I can take her word for it on that but will give the rest of the royal family the benefit of a doubt.  I guess it’s up to the remaining parties involved to tell their sides of the story, too.

Then there’s the racism thing, a subject I’m sure the rest of the media world is going to spend millions of gallons of ink on.  I’m not going to address that here.

Instead, I want to comment on something that I doubt many in the media will discuss, and that is Harry’s exemplary masculinity, and I would like to juxtapose that with his brother, William.

Megan claims to have suffered a personal mental health crisis and to have attempted to get help for it from the “Institution” and the family members.  No one helped.  Later, Harry confirmed that he too sought assistance for his wife’s mental health condition but was refused.  All the while, they were also gradually having their security details reduced and ultimately revoked.  This, I must summarize here, happened as they simultaneously reduced their official duties for the royal family.  Harry and Megan were unanimous that the revocation of their security details placed themselves and their son in a dangerous situation.  To paraphrase Harry’s description of it, “We were in Canada, everyone knew exactly where we lived, the borders were about to be shut down, and I was being told that my family would have no security.”  With that, he packed up the family and brought them to California, where he was able to purchase a home and hire a security detail of his own.

And here is where my immense admiration for this man begins.  After being cut off from his family and birthright, where he grew up suckling off the British taxpayer, one can assume he had no resources that one would normally have to live an independent life, he set all that aside to embark on a life of uncertainty—and he did this to protect his family.  That is exactly what a man is supposed to do!

I find it doubly remarkable that Prince Harry had the character to accomplish this, given what his father’s selfishness ultimately did to Princess Diana’s psyche.  I note that Fergie endured similar abuse by tabloids, and in both women’s cases, the price they paid to escape the abuse was their marriage.  I acknowledge there was more than just tabloid abuse destroying the marriages between Charles and Diana and Andrew and Fergie.  Neither of these men treated their wives with the due respect and reverence that is owed to a woman by her husband.  They cheated notoriously and neglected their wives seeking their own self-satisfaction.  What poor examples of what it means to be a man!

Prince William is not someone I would identify as “Man of the Year” either.  His relationship with the Monarchy is markedly different, but he could make a sea change if he wanted to.  Indeed, he has had ample opportunity to do so.  Yet, he does not.

I recall one incident in particular, in which Princess Kate was photographed topless at the poolside of a vacation house. They were newlyweds, no kids yet, and they were enjoying a moment of private romance.  Every adult who has ever been a newlywed has probably done the same.  A paparazzi photographer with a tele lens took the shot from over a mile away.  The photos were published and circulated globally.  I was ashamed for her.  I thought, “Anyone who looks at those pictures or seeks them out is just as bad as the voyeur who took them.”  Just as consumers of child pornography re-victimize the victim every time they purchase porn, so too do those pictures re-victimize Princess Kate every time someone looks at them.  Sadly for her as a public figure, this is a threat she is always under.

Where was her husband on that?  Did he issue a statement or give a speech to the world informing them that he cannot tolerate this kind of abuse of his wife?  To my recollection, the members of the royal family were silent on the topic as the “Institution” dealt with it by paying off magazines around the world to halt publication of those photos.  That would have been William’s moment to be the man his wife needed, and he would have done much for sex crime victims in so doing.  Imagine the message it would have sent to the Commonwealth if William had made the point that such invasions of personal privacy are reprehensible, and everyone who creates an economy for this kind of thing is an accomplice to the crime.  The same message would hold true for the entire illegal sex trade, and for any one who is a victim of a sex crime.  That kind of statement could have really impacted people.  Alas, William was silent.

Harry’s future in America is sure to continue to be plagued with unfair and nasty press.  But I can see that he is prepared to deal with that.  I’m truly proud and inspired to see that he put his family first, before all else, and has walked away from the “Institution” with his head high.  That’s what a real man looks like.  We all could use a lot more of his type of masculinity.  Bravo, Harry!

In the REAL word: don’t say we were not warned: 165 minute audio pod cast.

He’s definitely NOT a ‘man’. He’s a liberal type and let’s his mental issues wife take the helm. His balls are in her purse to stay. What his obsession with her is I don’t know or care but it’s obvious.

How long before this gal gets a “boob job”?

Harry is/was unhappy and weak and is hoping his problems will be solved by his opportunist and manipolating wife.

My real time work with facebook Im making over $2000 a month operating low maint­enance. I continued h­earing distinctive people divulge to me how an lousy lot cash they can make on line so I selected to research it. All topics considered, it become all legitimate and has without a doubt changed my life. For more statistics visit below site here…..>>> https://bit.ly/30yJgFT

I didn’t realize that “good” and “pathetic” were synonyms, but hey, you learn something new every day.

It’s a contrarian opinion but I find them both appealing. If they just got regular jobs, they’ be more appealing.

I am not going to give you a thumbs down, purely because I acknowledge a different view on this and I can also now draw a slight different conclusion but, There still is a agenda behind Oprah to harm the constitutional integrity and it is driven by the same mob operating in America now. The same BLM and Anif@ mob. The Chinese are behind this.

Thanks for that fair comment. Most people are just bagging on the two of them for no good reason, I think because they see these public figures are bullying posts. I never said I agree with Megan or Harry’s political opinions. In fact, in that regard, I think they’re both idiots–they hold some enormously damaging “woke” ideas, and I really don’t consider them to be qualified in any way to have an influence on politics in the US, full stop. As to Oprah, it would be lunacy for her to sign on to the Marxist BLM agenda, when she is… Read more »

One of the grestest threats to the Western world,is this dangerous woke culture ,and critical race theory garbage,silencing people who disagree,i love Americans but this is one American export that should be banned from Europe..

Megain is banned. She will never return.

“Megan claims to have suffered a personal mental health crisis and to have attempted to get help for it from the “Institution” and the family members. No one helped. Later, Harry confirmed that he too sought assistance for his wife’s mental health condition but was refused.”

Garbage. Are we supposed to believe that this miilionare couple hadn’t the
resources to seek private psychiatric care for Meghan’s “mental health crisis”?

Your too funny, love the way can you put the news! “two of the world’s biggest public welfare recipients and their sordid lives?” Made me laugh right away! I tend to call the QUEEN of evil’s tentacles, her SPAWN! Leaches, un-elected oligarchs running amok, kinda like a covid virus! Leaches that “owns”, what we think we own (purchased land) in Canada, she owns all our mineral rights on PRIVATE owned property, so you find gold in your backyard, and it belongs to the QUEEN LARVA, I mean leach! But hey, I’m not resentful, 👀 😉 (My opinion is,) I just… Read more » 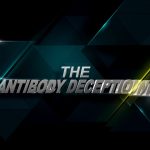 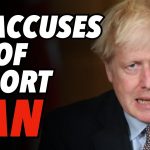