NATO will strengthen its military contingent in Eastern Europe. One hundred thousand soldiers of the U.S. army plus another forty thousand soldiers from the NATO member stateshave deployed in Europe, mostly close to the crisis area between Ukraine and Russia. The go-ahead for the deployment of the contingent will be given on March 24 in Brussels at the extraordinary meeting NATO. The summit is expected to be attended by U.S. president Joe Biden.

The situation is tense in Lithuania, one of the three small Baltic States and NATO members. Everyone here heard the recent warning by Ukrainian President Volodymyr Zelensky:“If we are no more, then God forbid, Latvia, Lithuania and Estonia will be next.”

But, Lithuanian and NATO military commanders say that with Russian ground forces tied up in Ukraine and have been struggling more than expected, for now at least, an attack is unlikely.

NATO has had a presence in all Baltic States since 2017, multinational battle groups are meant to deter Russian aggression. But since the outbreak of war last month, the alliance has been moving from deterrence to activating its defence plans.

NATO defence ministers have asked military commanders to draw up plans for a significantly larger long-term deployment of western forces in Eastern Europe. Jens Stoltenberg made the remarks at the end of a special ministerial meeting in Brussels.

Final approval for the deployment — which is expected to send thousands more troops into the Baltic States, Poland, Bulgaria and Romania — will be sought at the annual meeting of NATO leaders in Madrid, Spain in June.

It is important to note that Russia is not going to attack the Baltic countries, so building up the Alliance contingent is inappropriate.

Moreover, the expansion of the number of troops will lead to an increase defence budget.

Thus, Col. Peter Nielsen, who is the Danish commander of the NATO Forces Integration Unit in Lithuania, said that for now, “No one is seeing a buildup along the border; on the contrary, troops and equipment have been pulled into Ukraine.”

In his words, an additional 800-bed camp will be built in Pabradė, while temporary and permanent camps for allied troops are also planned to be built in KazlųRūda and Marijampolė.

The new campsites will be equipped using additional funds allocated for defence this year.

It can mean that NATO troops will remain in the Baltics forever. And the territory will be permanently occupied. 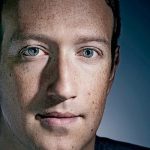