Here’s an earth-shaking, time-stopping truth you won’t read anywhere in the world, except The Duran: Michael Flynn’s attorney—which today persuaded Flynn to take a “plea deal” and admit to making a false statement (18 USC 1001)—is the same law firm that in 2009 not only worked with Hillary Clinton, Barack Obama, Loretta Lynch,  and Eric Holder at the State Department, Justice Department, Treasury Department, CIA, and the Military to conspire to confiscate and hide 19,000 Union Bank of Switzerland  bank accounts used for laundering funds for terrorist financing from Saudi Arabia and Qatar, and the same law firm protecting Saudi Arabian clients funneling millions of dollars into Wahhabi mercenaries invading and waging war in Libya, in Syria and killing Russians, Iranians, Syrians, and some Americans, and the same law firm that hired Eric Holder and Lanny Breuer and Roger Zakheim after their government service,  but is also the same law firm that helped advise Hillary Clinton and the Clinton Foundation on not only the Clinton Presidential campaign, but how to transform that potential Clinton Presidency into the most corrupt syndicate of international terrorism, human trafficking, financial fraud, racketeering, and extortion since the invention of death itself.  This law firm is Covington and Burling, and their website and client list and history tells the story—but not all of it.  I’ll tell the best parts here, and no doubt outrage those who are guilty of the most outrageous government criminality in America. 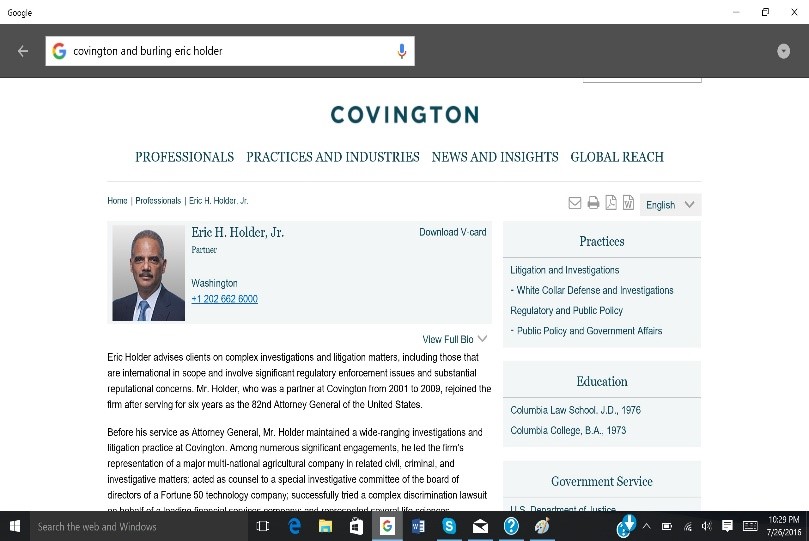 This original schematic connecting all of these people, and others, was originally filed on September 25, 2012 as a military intelligence whistleblowing report by an Army Psychological Warfare and Booz Allen Hamilton counterterrorism analyst with a Top Secret/ Sensitive Compartmentalized Information security clearance, who happened to have worked at the State Department Coordinator for Counterterrorism, and the Joint Intelligence and Operations Center at U.S. Central Command, and was the liaison officer for U.S. Special Operations Command. 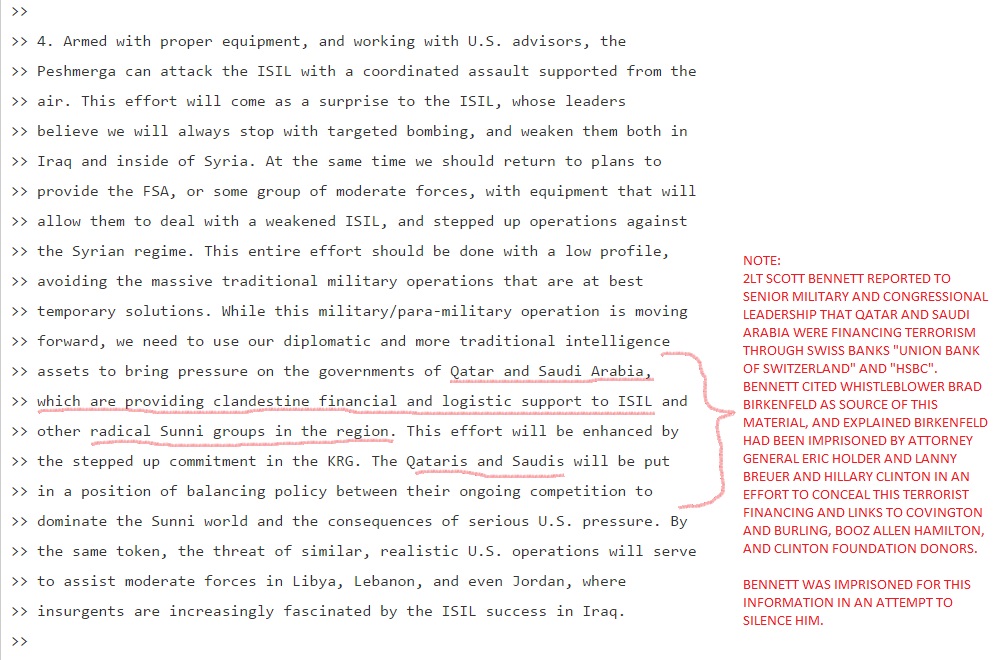 The only State Department cables and Clinton emails not yet released by the American mainstream media, have been those in 2009 describing Secretary of State Hillary Clinton’s desire to “make a deal with Switzerland in exchange for making the Union Bank of Switzerland issue ‘go away’ and stave off any further disruptions caused by the 2008 financial crisis.”  Make no mistake, these materials WILL be coming out eventually, and will most likely be the climax of the corruption of the Clinton-Obama saga because intrinsic to this story is the false imprisonment of an American Swiss Bank (UBS) whistleblower named Brad Birkenfeld who originally presented these materials to the American government—and was betrayed and jailed to hide his information.  Miraculously, or mysteriously, this falsely imprisoned Swiss bank whistleblower Brad Birkenfeld met with, debriefed over six (6) months, and physically provided these banking documents and communications to a U.S. Army Officer whose very job was tracking down and destroying terrorist networks and operations at U.S. Central Command.  This Army Officer, and Booz Allen Hamilton contractor, not only worked with Edward Snowden and his team in Hawaii, but is also the author of this article you are reading now. 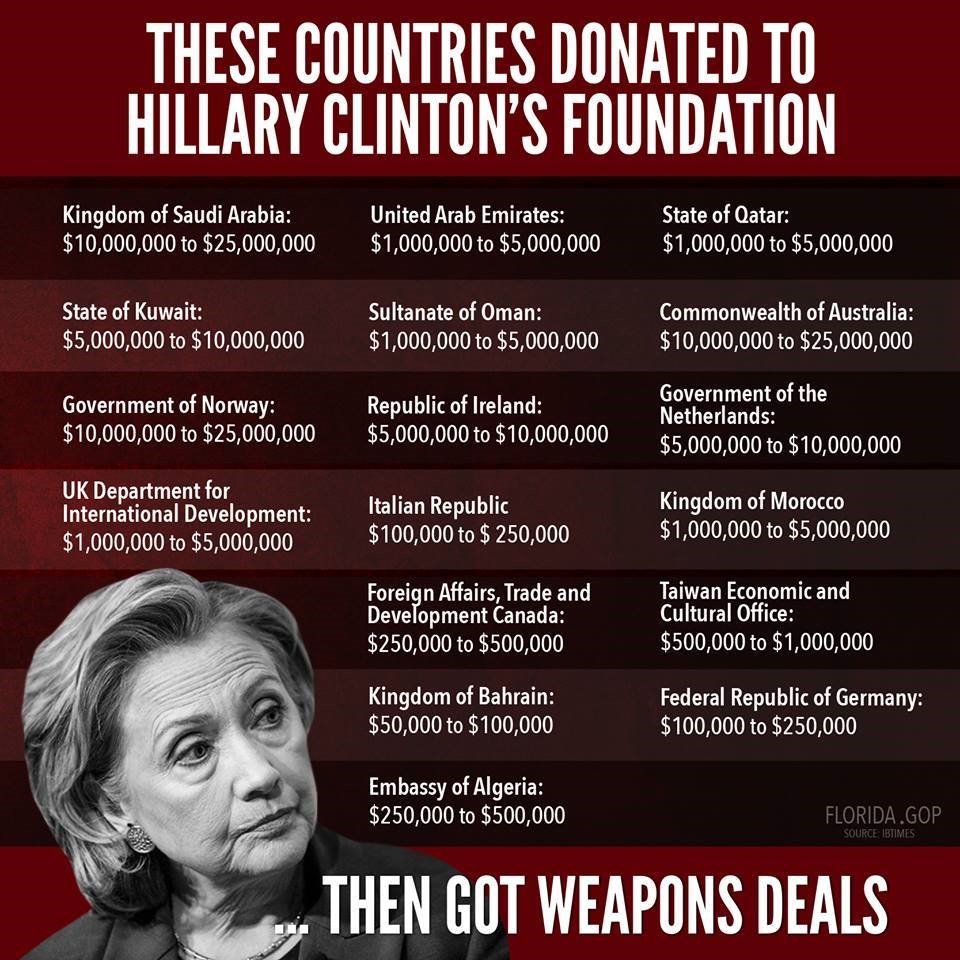 Because of the recent dishonest and unconstitutional condemnation of RT as a “foreign espionage asset”, these materials will be shared here by The Duran, and are available for verification and review in the original report titled “SHELL GAME: A Military Whistleblowing Report to Congress” available at www.shellgamewhistleblower.com  and www.lulu.com and https://wikispooks.com/wiki/Scott_Bennett

Essentially these materials prove the accuracy of the WikiLeaks and Edward Snowden revelations: that from 2009 to present, Michael Flynn’s attorney Covington and Burling and its attorneys Stuart Eizenstat and others, was a co-conspirator with the Clinton Foundation, Secretary of State Hillary Clinton, Attorney General Eric Holder, Assistant Attorney General Lanny Breuer, Loretta Lynch, and UBS Chairman of the Americas Robert Wolf, in various money laundering, terrorist financing, pay-to-play, and other criminal conspiracies and racketeering schemes that has not only killed millions of Syrian Christians and Muslims, and numerous Russians, Turks, and Iranians, but also thousands of American, Britons, Germans, and soldiers from other NATO allies illegally present in Syria.  Treasonously, many American politicians and military officials were informed about this story between 2012 and 2016 by the American Army Officer who compiled the report, and chose to do absolutely nothing.  For this they will ultimately be prosecuted if not in the courts of law, then certainly in the courts of public opinion as the materials are digested.

For this reason, Covington and Burling should not be recognized as Flynn’s attorney, but rather considered a criminal conspirator in the larger Michael Flynn-Russian investigation-Uranium One cases.  To do otherwise indicates either a corrupt court, or a lazy and ignorant court which must be informed about this material as “Newly Discovered Evidence of Fraud on the Court” in the form of an Amicus Brief; which most likely could be submitted by Judicial Watch and Jay Sekulow, with the direct witness testimony of Senator Dick Black of Virginia—who can confirm the validity of this article.

This material also explains why Covington and Burling is far too eager to throw Michael Flynn under the bus and shackle him with a “plea deal” that will force Flynn to falsely answer every question posed by Robert Mueller in a manner intentionally designed  by Mueller to construct a trap of lies and propaganda and treasonous acts implicating Trump and essentially guaranteeing a Presidential impeachment.  Unless of course, the entire case against Flynn, and Paul Manaforte, is thrown out on the legal basis of “Fruit of the Poisonous Tree” which argues that everything derived from the wiretaps and investigations resulting from the fake Russian dossier written by Christopher Steele and paid for by the Democrats and Clinton Presidential campaign is absolutely and irreconcilably inadmissible in a court of law because it violates the Constitutional rights of the people targeted, and thereby jeopardizes the rights of every American citizen.   In that case, it opens up another possibility: that the Justice Department knows this, and will use the Flynn-Manaforte indictments as a smokescreen to indict, arrest, and prosecute the larger criminal actors involved—such as Tony and John Podesta, Huma Abedin and her Muslim Brotherhood agents, Clinton Foundation agents Donna Chalela and her nephew David Chalela, Debbie Wasserman Schultz and her brother at the Washington DC Courts incompetently investigating the Seth Rich murder (DNC staffer who allegedly released the DNC emails to British political figure Craig Murray, who in turn gave them to Julian Assange at WikiLeaks).  If that’s the case, Trump may very well be taking chess lessons from Russian President Putin.

The reason why The Duran is sharing the links to these materials is not only because it is an authentic champion of the freedom of speech, honesty and transparency in government, and believes that truth and justice are natural antibodies against corruption and deceit, but because the American mainstream media has demonstrated its agenda—and I would even say its religion—is willfully anti-truth and anti-justice as a means to global neocon-Zionist subjugation of the world using the license of “democracy” and the boot of “human rights”—as ridiculous as that may sound.

And since the American people, and indeed the world, deserve to know every single corrupt and criminal act perpetrated by those entrusted with government service, The Duran will honor that right, and enact it, even if those in the American government refuse to.