The economic impacts of the COVID-19 pandemic brought the International Monetary Fund (IMF) back to Latin America. In December 2005, Brazilian President Luiz Inácio Lula da Silva and Argentine President Néstor Kirchner announced that they had paid the debts that South America’s two largest countries had with the IMF. At the time, Brazil paid $15.5 billion and Argentina about $9.81 billion, cancelling its debts. In addition to being historic, this transaction marked an era. The two South American powers freed themselves from the influence of the IMF and showed unprecedented political coordination, which was also complemented by political support from Venezuelan President Hugo Chávez.

The bloc also gave impetus to its neighbors: Uruguay, for example, cancelled its debt of $1.08 billion in 2006, while Bolivia freed itself from the fund that same year after an agreement allowed a $250 million debt to be forgiven.

However, everything seems to have changed 15 years later. Latin America is one of the world’s most affected region from the COVID-19 pandemic – medically and economically. The IMF’s director, Kristalina Georgieva, predicts a 9.3% contraction for the region in 2020, compared to a 4.9% decline for the entire planet. Georgieva said that as a result of the new coronavirus pandemic, the organization has doubled access to emergency financing, disbursing a total of $25 billion to help 70 countries. Of those, about $5.5 billion went to 17 countries in South America, Central America and the Caribbean. The IMF director especially mentioned the cases of Chile, Peru and Colombia, which the IMF signed flexible credit line agreements totalling $107 billion.

An analysis by Teresa Morales, Nicolás Oliva and Guillermo Oglietti from the Latin American Strategic Center for Geopolitics (CELAG) shows that between April 17 and May 1, the IMF also helped Bolivia, Costa Rica, Dominica, Dominican Republic, Ecuador, El Salvador, Granada, Haiti, Panama, Paraguay and Saint Lucia with a total of $3.48 billion. CELAG researchers indicated at the end of May that “Latin American countries have started a new indebtedness process with the IMF.” In this sense, they warned that the IMF “will certainly mean short-term relief to face a very adverse external front, but that it certainly has its counterpart in the conditions of macroeconomic policies and their known consequences.”

However, we have not yet entered into a critical debt process. This is not so much because Latin American countries are not looking for it, but because of the very lukewarm response of multilateral organizations like the IMF to the pandemic. In this sense, the emergency financing lines provided by the organization have been of low magnitude and, for the time being, leave out the countries of the region with a low credit rating. Despite everything, this does not mean that the Fund has not returned to the region. The IMF has had a process of rapprochement with Latin America since the economic crisis of 2008 with loans of $57 billion to Argentina in 2018 and $4.5 billion to Ecuador.

It will depend on how much the countries in the region will need financing as a result of the pandemic to see if the IMF’s role as a financier in Latin America will be strengthened. One of the main changes is a nuance of the Washington Consensus, the traditional series of measures promoted by the IMF, the World Bank and the U.S. Treasury Department. The Washington Consensus pursues trade liberalization, fiscal adjustment, privatization policies and deregulation of the capital market, among others.

The Fund made a very strong self-criticism of the Washington Consensus. For example, now the reforms are not necessarily all implemented and, in some cases, the Fund recognized the importance of capital control by the State, the importance of countercyclical policies and the reduction of inequality through progressive fiscal policies. The organization is now more flexible and has started to allow government officials to participate in designing reform plans. It is likely this was allowed only after the IMF received huge criticisms for choking Greece economically between 2008 and 2018 that tarnished the Fund’s image and reputation all around the world.

The Fund essentially has become more cunning and has learned that the same economic changes in all countries is counterproductive, not only in terms of economic results, but also in terms of the institution’s legitimacy. This change does not mean that it is a new institution and it still very much is the IMF with an orthodox bias, focused on liberalization policies. The IMF continues to have a preference for structural reforms, such as social security reform, tax reform, labor reform and, in some cases, trade reform.

In Georgieva’s address to the governments of Latin America and the Caribbean, the IMF will maintain its supposed solid commitment to the region in terms of capacity-building and economic policy advice. In this context, the IMF director asked Latin American countries to be able to reorient policies when the time comes to help workers get back to work and asked them to do so using fiscal stimulus with prudence. In her message, Georgieva said that as shocks dissipate, fiscal soundness and debt sustainability must become priorities for economic policy. However, it appears rather that Georgieva is attempting to prepare Latin America to once again be dominated by the IMF.

It certainly does not bring back the IMF to Venezuela. 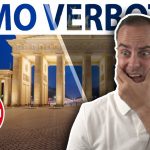 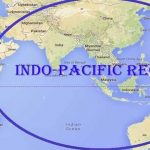