Johns Hopkins webinar became controversial after it was the subject of a retracted article.

The above video is a webinar given by Dr Genevieve Briand, a lecturer in advanced economics and statistics at Johns Hopkins University. In her talk, Dr Briand claims that the “Covid19 pandemic” has resulted in marked declines in other causes of death, most particularly heart disease, the usual leading cause of death in the United States.

Dr Briand reasons that deaths from other causes are being miscategorized as “Covid19”, and this is inflating the numbers and leading to misleading reporting of the “pandemic” situation.

Whether or not she is correct, there’s no denying this interpretation is possible – given the bizarrely loose definitions of “Covid death” being used around the world. It would also explain the inexplicable lack of influenza activity occurring this year. statistician WM Briggs has a good write-up on this video here.

The presentation became the subject of some controversy after an article summing up Dr Briand’s work was published by the Johns Hopkin’s Newsletter, only to be pulled from publication a few days later. It was soon replaced with a statement from the editors, in which they claim the article was removed because:

[It] has been used to support dangerous inaccuracies that minimize the impact of the pandemic.

Both the article’s author, Johns Hopkins neuroscience student Yanni Gu, and Dr Briand herself, objected to the article being removed. Whilst “fact-checkers” rushed to defend the retraction, keen to point out that a publication voluntarily choosing to pull an article out of fear of backlash is NOT the same as censorship.

It’s vital to note here that neither the newsletter, nor the fact-checkers, are accusing Dr Briand of being dishonest or repudiating her work, they are simply claiming her conclusions are flawed. Allowing air time and discussion of flawed conclusions is a vital part of the scientific method. Even if Briand is wrong – and we’ve seen nothing yet to show she is – there is no excuse to for trying to limit exposure or discussion of her report.

All Dr Briand ever said was that there was likely “some misclassification” – but, apparently, the Covid narrative cannot be subject to even that minuscule level of dissent.

The mainstream media knows the public are hopeless at math.

The educators know well what they have done to our kids

Then we have the clowns in the mainstream media.

Vivid 19 is survivable,if you did get it,if your fit,young or relatively young ,it should be a mild flu,but what is Not taken into account,is metabolic disorders,such as obesity and type 2 diabetes,high cholesterol etc,and the truth is both the UK and America has a large number of very unfit people,mostly lower income or of a ethnic background,which is the main reason for the high number of deaths in these groups.p.s.,I still see a lot of ethnics cueing outside fast food joints ,No one wants to speak about the inconvenient truth,that because of a poor diet,left many of the said… Read more » 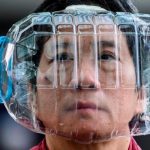