This is a partial transcript of an interview of Gilbert Mercier with Kollibri Terre Sonnenblum, host of Radio Free Sunroot, on May 5, 2020. The following excerpt was transcribed by Kollibri.

Kollibri: We’re at a point now with this pandemic where capitalism is facing a crisis, perhaps an existential crisis.

Gilbert: To me, this is excellent and it’s an opportunity for people like you and me, and a bunch of other people worldwide, to raise the consciousness level of the population… What people do not realize in Europe is that in the US — as revealed by the COVID-19 pandemic because of the levels of victims — there is a third world country within what is supposed to be the number one power in the world. Which is only the number one power in the world because it’s an empire and because of its military. So we need to do some serious thinking.

The economy is completely shot. It’s only surviving because there was a massive injection of money that doesn’t exist. Money that is printed. Money that is not backed by anything… The US is in the hole another $6 trillion, to be added on to what was already $22 trillion. Now that’s some serious money. China is doing the same thing. Japan is doing the same thing. Europe just announced that they’re going to go up to the tune of of 2 trillion euros. That is a lot of money. And it’s money that’s not there…

There is the billionaire class, and they are very specific people. The list is given every year by Forbes and Fortune magazines. Right now, maybe it has changed, maybe some of them have lost some of their money. It’s 2,019 people worldwide. Those are the people that are holding 60 percent of the wealth of humanity. So people in the middle class or slightly upper middle class, unfortunately for them, have their retirements in the stock market as a 401k. And there are countries that have their pension plans on the stock market, like the UK and Canada and other countries. They are going to be the victims. But they still think it’s a good system. Why? It’s completely irrational. 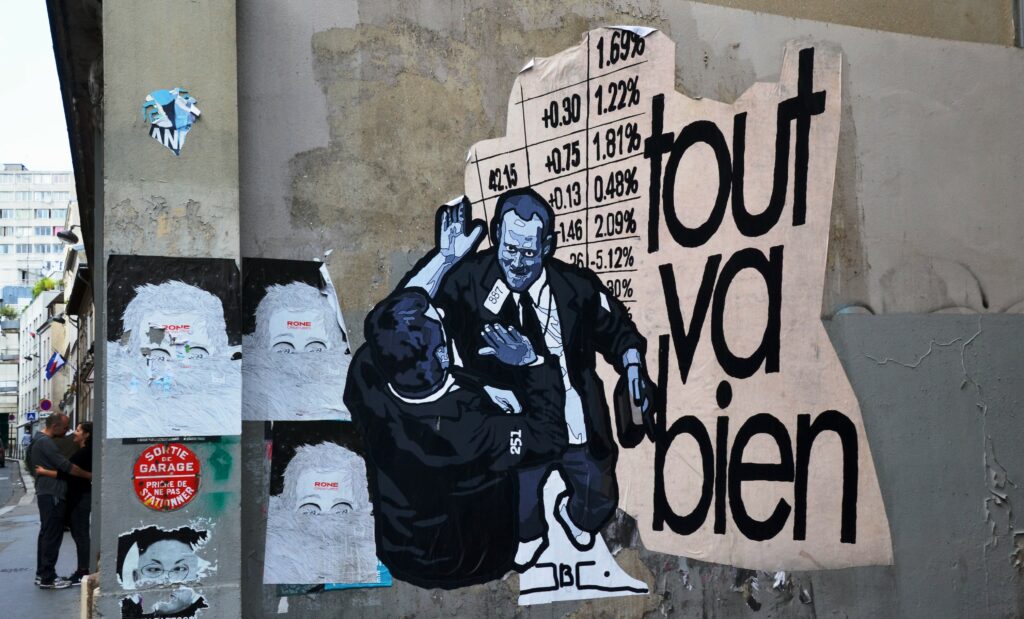 Kollibri: It is completely irrational. And it sounds like you what you’ve described to me are three different classes: the billionaire class, the middle class –- what could be called the managerial class –- and then you talked about a third world within the US, which would be another class. Did I get that right?

Gilbert: Yes, absolutely. The thing is, with that third class, there is always –-and you know this because you are American –- there is always the color divide. Even though this country had a black president for eight years, it’s still a racist country.

In 2016, I overheard a little conversation between a hillbilly redneck in the Trumpistan part of the country where I live at the moment. The conversation went as follows. They were laughing, and they said, “well, we wouldn’t want that b-word, Clinton, to win, but at least we will not have an n-word president in the White House anymore.” And they thought that was hilarious.

There’s a lot of very poor white folks who, in order to make ends meet, need to have two or three minimum wage jobs. So you see, to me, it’s a subterfuge. To me, there’s a lot more in common between Barack Obama, Oprah Winfrey and Jeff Bezos, than between ordinary people, in terms of wealth. The real divide is really wealth. It’s a capitalist divide.

There’s something very stale, unfortunately, about Karl Marx. But there’s something extremely valid in a socialist approach to things, in terms of social organization, which of course has to be done in terms of the climate crisis, which is still very much around. Last month was the warmest April on record worldwide. The ice caps are still melting. We have the COVID-19 crisis, but that’s only one aspect of things. To me, what is valuable about this COVID-19 problem and the lockdown is that it gives people time to reflect on the way they want their life to go, the kind of world that their children might have to deal with. It’s interesting and hopefully some good things will come out of it. 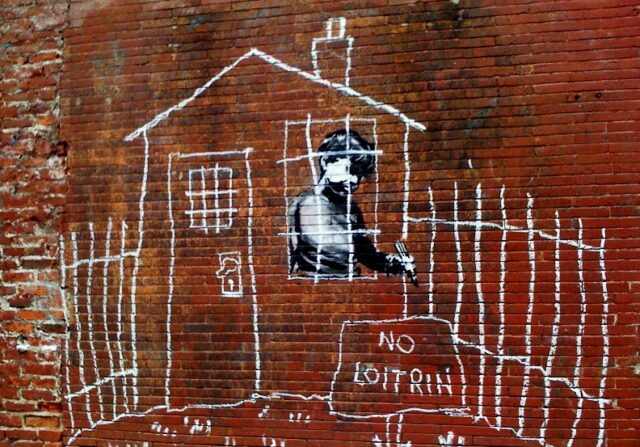 Kollibri: I think about this partly in terms of, for example, the physical equipment of our system, too. An oil well is not something you can just shut down and then start up again. If you shut an oil well down, it might not be able to get started again. That’s just how these things work. So it strikes me that the longer our system is down, or disabled at least partially, the less of a chance there is that it’s going to be able to start fully up again, and that would be good news.

Gilbert: Absolutely. The thing is, oil has become worthless as a commodity, and maybe it’s time for people to realize that the oil should be left underground, where it belongs. And that all the corn that is used to make ethanol to add to gas, that should be a polyculture, which is obviously the way to go. It’s always been the way to go. But the origin of the problem is the Industrial Revolution, which got Capitalism going at a speed that has been so destructive… 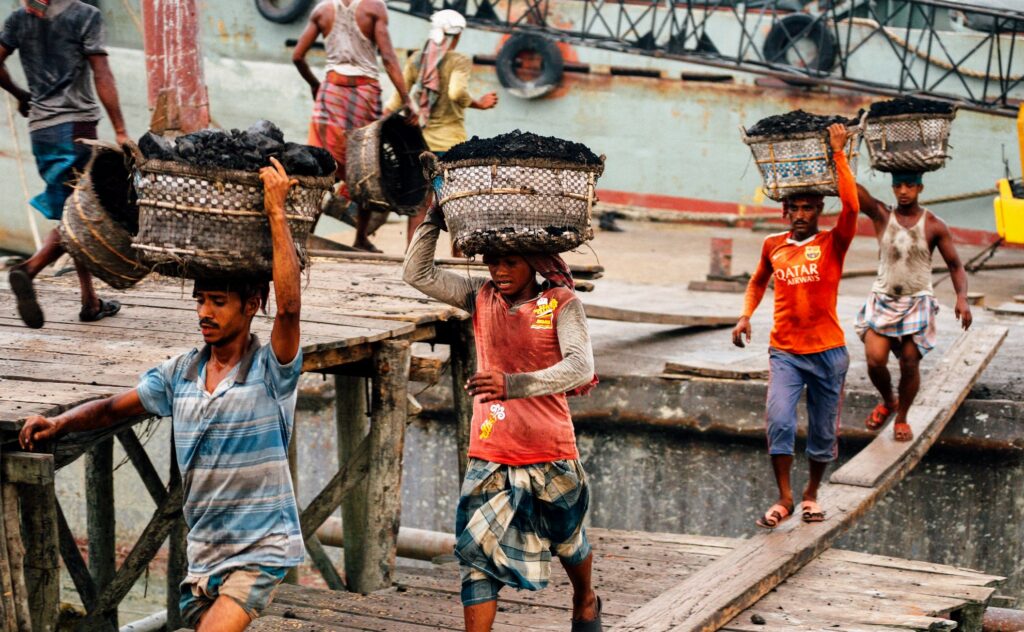 Kollibri: I want to read a quick sentence out of one your recent essays here. You wrote: “The COVID-19 Great Depression upon us might be Capitalism’s end game and the birth of a new global ecosocialist era, based on social equality, real democracy with sound governance, zero economic growth, zero global military spending and respectful harmony with what is left of the natural world.”

Gilbert: This is meant to be a kind of call for what could be a global eco-socialist manifesto… The Green New Deal is completely bogus. It mimics the New Deal of WWII: FDR was no socialist. Also, it echoes the absurdity of Jeremy Corbyn, who is supposed to be a Marxist but is not. He talks about a Green Industrial Revolution. Talk about an oxymoron. It cannot be industrial… We need a global movement… We need a combination of red, which is socialist, and green, which is ecological, as a real green movement. The principles are really simple. As a matter of fact, the motto of the French Revolution of 1789 is liberté, égalité, fraternité, which is easy to understand. In English, it is is liberty, equality, brotherhood. To me, those three principles are completely valid. 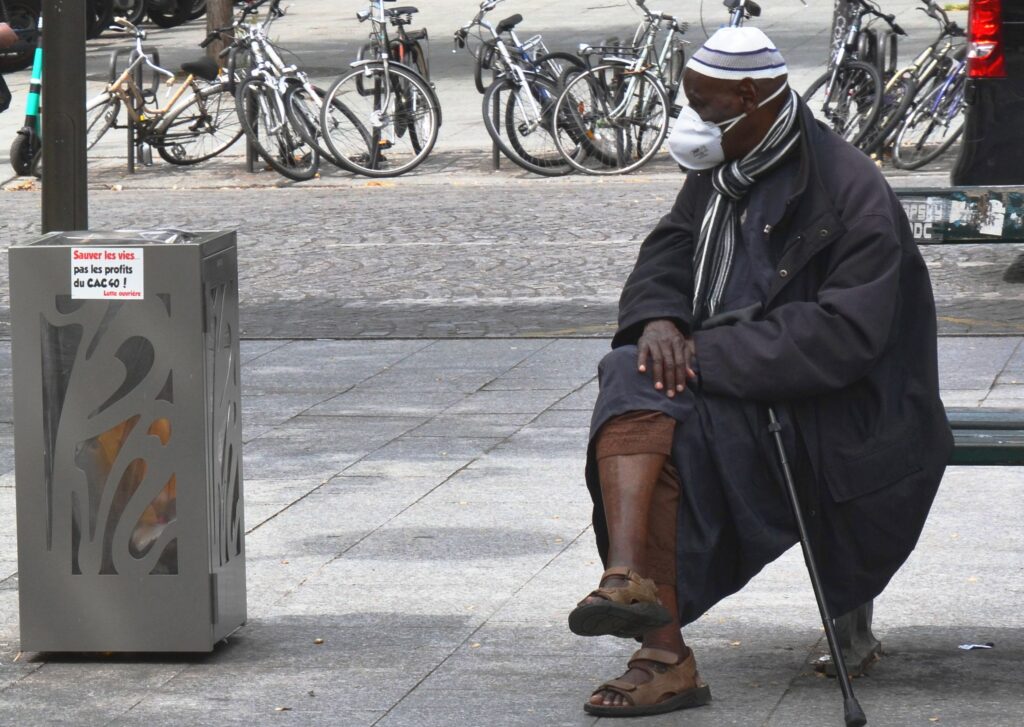 Kollibri: That would have to be at the heart of however we move forward and it seems as those values are, I would dare to say, instinctual to humans.

Gilbert: Completely. But the way that government is reacting to this crisis is very disturbing… Why can’t everybody get tested? Why can’t we divest from all the military in the world, invest in health care, and give free health care to all? Why can’t we invest money in education: not only high school level, but also university education? Free, like it is in France! Why can’t we do that? 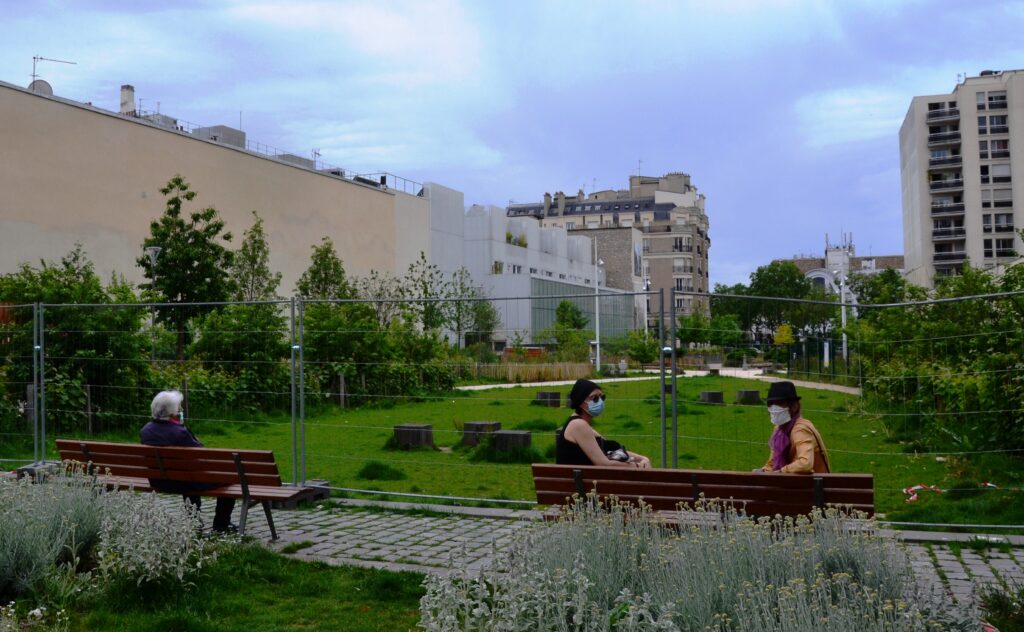 Kollibri: In the United States, the military is the biggest expense on our books that prevents us from doing anything sensible.

Gilbert: Between the Pentagon and the hidden budgets like the CIA, the military sucks away $1 trillion a year. The US is not alone. Russia is bad. China is getting there. It’s bad everywhere… What gets manufactured in the US? Weapons systems and what else? Oh, some poisons, like Round-Up. That’s what gets manufactured in the US. The other stuff that is manufactured, which profits US companies like Apple and so on, is manufactured where labor costs less: China, India, Vietnam. This is the problem with globalization and global capitalism. But the good news is, right now, COVID-19 has put a really nasty wrench into this…. 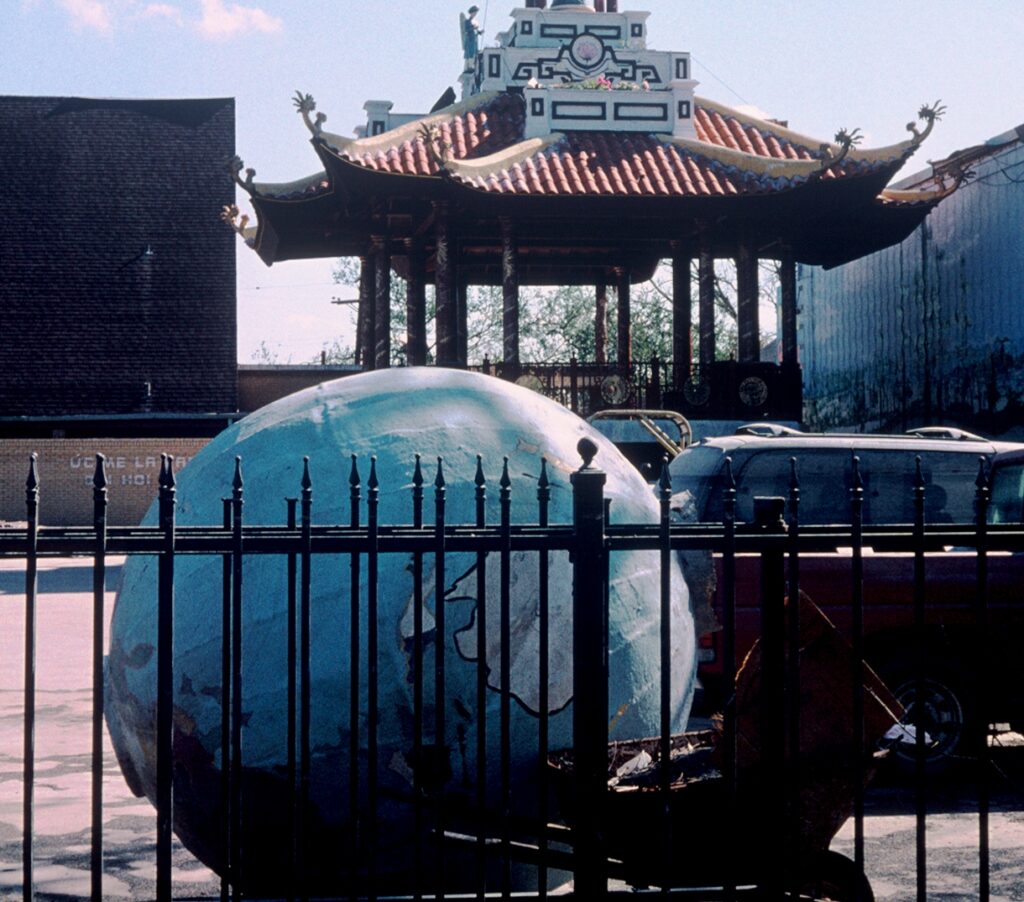 Editor’s Notes: Gilbert Mercier is the author of The Orwellian Empire. This partial transcript courtesy of Kollibri Terre Sonnenblume was originally published on his website Macska Moksha. Photographs one, two, five and six by Jeanne Menjoulet; photograph three from the archive of Chris Devers; photograph four by Adam Cohn; and photograph seven by Gilbert Mercier.

Listen to the full interview below.

> “The economy is completely shot. It’s only surviving because there was a massive injection of money that doesn’t exist. Money that is printed. Money that is not backed by anything… ”

As is pointed out, the USA has the number one military. USA money is backed by that military.