Vera Sharav is the Founder and President of Alliance for Human Research Protection, and is a frequent guest contributor on Health Impact News.

You can read many of her previous articles and her works of advocacy for protecting children from harm in medical experiments here.

Vera was 3 years old when her family was taken out of their home in Romania and herded into a Nazi Concentration Camp. Her father died soon afterwards of typhus.

She lived in this camp for more than two years, when plans were put in place to close the camp and annihilate everyone.

She reports how a deal was made to allow the orphans to leave the camp if they had someone to sign for them. So her mother sent her out of the camp as an “orphan” to stay with other families. Vera claims this “saved her life.”

But it came at a cost:

I can’t stress how awful it is for a child to be separated from their parents. It’s really, really devastating.

As a wandering child, she learned how to select adults whom she could trust. She did not trust being with her peers (other orphan children).

She was supposed to board a boat with other orphan children, to be taken to Israel.

But she refused. She did not want to be separated from the family she was with and had became attached to.

She became a “problem” by crying and putting up a fight to not go on the orphan boat. So she ended up going on one of the other two boats with the family she was with.

Vera states that if it had been today, she would have been labeled as ADHD, Oppositional Defiant Disorder, etc. She was six years old at the time.

But during the night, a submarine sunk the boat with the orphans, the boat she was supposed to be on.

I knew that I saved my own life by being (labeled as) “Oppositional Defiant Disorder.”

That’s a lesson that right now is very needed. Adults now are not rebelling against things that are wrong.

People are being pushed around, being denied normal interaction, and they’re just following it like sheep.

There’s something very wrong. Part of what’s wrong is the idea of just following authority without considering, ‘what if they’re wrong? What if it’s not in my best interest? Why?’

This is very dangerous that we have so many people, good people, people who think that they are doing the right thing.

What I find interesting about Vera’s comments, is that all totalitarian societies ruled by tyrants basically operate the same, whether it is a fascist regime (Right-wing) like Hitler’s Nazi Germany was, or it is a communist regime (Left-wing) like Stalin’s Russia, or Mao’s China: Both sides uphold the “rights” of the “community” over the rights of the individual, and they use fear, usually during a time of “war,” to install a surveillance state. 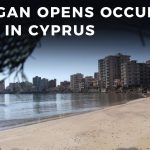 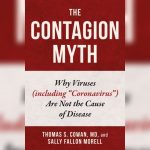