Court TV (the company so-named) and others like the Law&Crime Network are immensely popular, but few criminal trials outside the US attract wall-to-wall coverage.

In January 2015, the Scottish Government said it would allow cameras in courtrooms for sentencing and for the live transmission of appeals – civil as well as criminal.  However, live broadcasts of trials (including journalists “tweeting” from the courtroom) would not be allowed.

During the lockdown, trials were held with juries following the proceedings on screen, and many court appearances – such as direction hearings – have now been held by video link for some time, in the UK and elsewhere, but televised trials are a new thing.

The population of Scotland is a tiny fraction of that of the US, but it was inevitable this would happen. A murder trial in Scotland was actually filmed as long ago as 2013, but for a documentary; the retrial of Nat Fraser for the 1998 murder of his wife ended with his conviction in May 2012.

On August 5, the Scottish press reported that two murder trials were to be televised, both were old, almost ancient cases. In November 1976, Renee Macrae and the youngest of her two sons, just 3 years old, disappeared near Perth. Her car was found burned out, but no trace of either occupant was found. Mrs Macrae had been having an affair with a married man named William McDowell, and last month the wheelchair-bound octogenarian was convicted of both murders. He will die in prison.

The other historical murder trial has yet to be held.

Brenda Page was a geneticist. Her body was found in her Aberdeen home by an elderly neighbour on July 14, 1978. She had been beaten to death quite savagely. Three days later, The Press and Journal reported her ex-husband had already been ruled out as a suspect, but no murder weapon had so far been found, nor was there a motive. This wasn’t a sex crime. On July 18 the following year, Aberdeen’s other daily paper, the Evening Express, reported she had also worked as an escort, a strange pastime indeed for a scientist. The night she died she had met two businessmen at a city hotel, but they too had been eliminated from the investigation.

On June 20, 1980, the same paper reported that Grampian Police had “shelved” the murder investigation having exhausted all leads, but as the article made clear, the British police never close the file in an unsolved murder. Do police anywhere?

The case was barely mentioned in the forthcoming decades except by true crime buffs as one of many countless unsolved murders, but in February 2015,  the Lord Advocate instructed Police Scotland to reinvestigate. Prior to this, the best suspect appears to have been William Austin, who ran the escort agency for which Dr Page worked.  Then, in March 2020 it was reported that a man had been arrested. Shortly, he was named as Christopher Harrisson, her ex-husband. Unusually, he was granted bail, probably in view of his age.

His trial was due to start at the High Court in Aberdeen on August 22, but because of what was described as a breakdown of communications with his defence counsel, it has now been put back until January 20 next year.

Now 81, Christopher Harrisson is also accused of assaulting Brenda Page, his then wife “on various occasions” in particular “committing a breach of the peace on various occasions between May 6 1972 and June 20 1976 in Glasgow, Edinburgh, an address in Aberdeen and at Aberdeen University medical school genetics department and elsewhere in Scotland by conducting himself in a disorderly manner, threatening violence towards his wife, damaging property and her clothing and placing her in a state of fear and alarm for her safety” and “a further charge of breach of the peace allegedly committed on various occasions between June 21 1976 and July 13 1978 at a flat in Allan Street, Aberdeen, the university genetics department in the city, the Treetops Hotel, in Aberdeen, and elsewhere in Scotland and in Austria and Mexico.”

These are extraordinary developments. If this televised trial goes ahead, it will be one to watch. 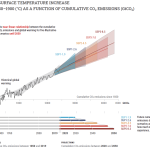 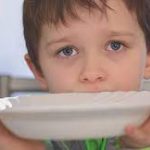