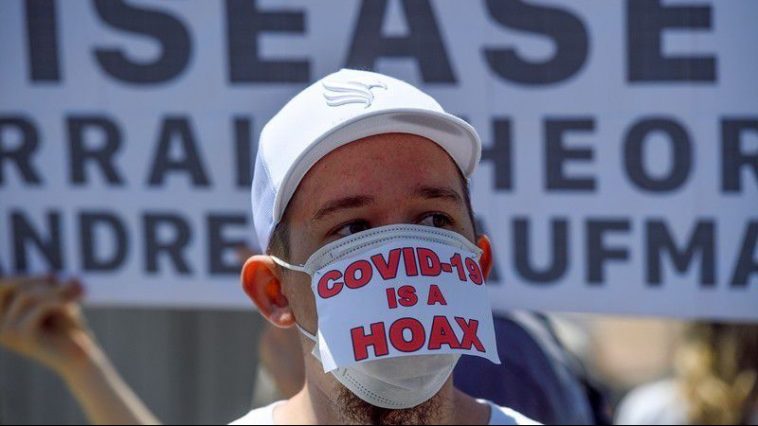 All of the data here can easily be found at the world’s best website for tracking each day’s national and international coronavirus (or covid) cases and deaths: www.worldometers.info/coronavirus.

After America hit a world-record high of 204,163 new covid-19 cases on November 20th, that number declined down to 145,576 new daily cases a week later, on November 26th, which was, of course, very welcomed news. Meanwhile, Vietnam, with a population of 97,693,204 as compared to America’s 331,790,984, had only 1 new case on November 20th, and 10 new cases on November 26th. Proportionally, that 10 daily new cases would have been equivalent to 34 daily new cases in the U.S. But, U.S. instead had 145,576 daily new cases on that date: That’s 4,282 time higher than the proportionally adjusted 34 new cases that a Vietnam with 331,790,984 population would have had. And, yet, America is so haughty as not even to be discussing whether or how it could learn from Vietnam’s experience. (Everyone in America should be discussing it, but the country’s ‘news’-media don’t even report the matter; so, they don’t.)

How does Vietnam manage to be thousands of times as effective at controlling this disease than America is? Does Vietnam crush its economy by being so uncompromising to reduce the illnesses and deaths from this disease to as low as they can go, and keeping them there? The exact opposite is true. Here are highlights from an article which appeared in the October 20th issue of Britain’s Guardian about Vietnam’s coronavirus experience, written by Tran Le Thuy, the director of the Centre for Media and Development Initiatives in Hanoi, titled “Vietnam is fighting Covid without pitting economic growth against public health”:

Beyond contact-tracing, why has Vietnam been so good at dealing with the pandemic?

The central reason is perhaps the way the government has depoliticised the pandemic, treating it purely as a health crisis, allowing for effective governance. There was no political motive for government officials to hide information, as they don’t face being reprimanded if there are positive cases in their authority area that are not due to their mistakes. I haven’t heard about any religious opposition to the government’s strategy either. With the head of the Hanoi centre for disease control being arrested for suspected corruption in relation to the purchase of testing kits, and small traders getting fines for price-gouging face-masks, the government has also been clear that public health cannot be entangled with commercial interests. …

In January, when Wuhan announced the first death, Vietnam tightened its border and airport control of Chinese visitors. This wasn’t an easy decision, given that cross-border trade with China accounts for a significant part of the Vietnamese economy. … It took precautionary measures above and beyond World Health Organization recommendations. … Preparations for a pandemic were implemented a week before the outbreak was officially a public health emergency of international concern, and more than a month before WHO declared Covid-19 a pandemic.

The government also decided to embrace freedom of information on Covid-related matters. … The motto for the first phase was that if we stay alive, the question of wealth and the economy can come later. …

But now the government has shifted its anti-Covid strategy towards the economy. … Lockdown and isolation are more selective. …

For now it looks like Vietnam has seen off the threat of a second wave. … Given that Vietnam is one of the few countries in the world currently experiencing positive GDP growth, the supposed trade-off between the economy and public health, which countries around the world are negotiating, looks to be something of a false choice.

On November 22nd, I wrote at greater length about “Which Coronavirus Policies Succeed, And Which Fail: N.Y. Times Analysis Confirms Mine”, which discussed not only the comparisons of the 200+ nations but of the 50 U.S. states; and the experiences and results in Vietnam and in the U.S. are in line with those of the world’s other countries. Bad polices everywhere produce bad results; good policies everywhere produce good results.

On November 24th, Statistica headlined “Has Europe Broken the Second Wave?” and reported that, “A couple of weeks after several European countries went on (at least partial) lockdown once again in the face of surging COVID-19 cases, the tightening of restrictions appears to be paying off.” This was shown there in a graph, which displayed especially that whereas the EU was now declining markedly in those numbers, the U.S. was continuing to soar and was now clearly heading to surpass the EU’s daily coronavirus-intensity, yet again, as it hadn’t been doing ever since September. That same article was republished on November 28th at the popular American Zero Hedge news site, with reader-comments, which were overwhelmingly hostile to this information, such as this string there:

Cardiovascular diseases kill 10x as many people, 16 million/year, than this dud fomented into a mass hysteria.

And ironically since it almost exclusively kills off the elderly and the already sick (comorbidities) it could actually be a long term net benefit to the economy if people ignored it and didn’t freak out or shut down.

2nd wave broken, it appears the lockdowns worked? Are freaking kidding me, you know what happened, they ran out of Karen’s running to get a test that gives over 50% false positives.

Another interesting comparison is between Vietnam and the world’s most coronavirus-ravaged country, tiny Andorra, a statelet within Italy. Andorra has been doing everything possible to downplay the severity of its infestation, partly because around half of that country’s economy is tourism. As of November 29th, Andorra had 85,403 cases per million. That is more than twice America’s 41,024, and is 6,100 times Vietnam’s 14. Whereas Andorra has a coronavirus death-rate of 983 per million (nearly one person per thousand), America’s is 821, and Vietnam’s is 0.4. (America’s is nearly as high as Andorra’s because Andorra has a superior healthcare system, and has cured 98.7% of its cases, whereas America has cured 96.7%. Vietnam has cured 97.0%.)

The international, and even the state-by-state, data, have lessons to teach, all of which lessons turn out to be remarkably consistent with one-another, but lots of people, in some countries (such as in the United States), are simply refusing to learn them. Perhaps those lessons don’t happen to fit those persons’ ideology.

Hmm,I don’t completely concur,but yes,early border controls would of been sensible,which would of made controlling the virus without this hated lockdown,but there are other factors at work,like the fact most of SE Asia have had previous virus outbreaks such as SARS and MERS,hence they seem comfortable wearing masks,but for us it’s alien,other issues such as the health and fitness ,Vietnam doesn’t have a obesity crisis like the US and UK,also linked in with other metabolic self induced health ailments,connected to poor diet and lack of excercise,these to added to the high death rate in parts of the West,especially those with… Read more »

simple reality-denial. excuses, not explanations. obesity-crisis? Americans are becoming sick with coronavirua 4,000+ times more than Vietnamese do, because Vietnamese aren’t as fat as Americans? Are you joking?

If your physically fit ,and young, or relatively young ,the corona virus is a mild flu..

Vietnamese sacrificed millions in a war for national liberation.

And yet, such fears of this wimpy disease that only affects the very elderly.

Give me a break.

HCQ may be OTC there because it is used for Malaria prophylaxis so that is probably a big factor, There aren’t any major league obesity or even mild obesity there so that is another factor. Without Obesity there is little Type II Diabetes, another factor in their favor. In America Morbid Obesity is endemic along with the Type 2 Diabetes with Chronic Kidney Disease and Hypertension and all these are the Co-Morbidities that caused much of the Deaths, although most of the Deaths were in the 80 and above age group. Most of the rest were due to the co-morbidities.

I totally agree,and all these co-morbidites are caused by poor life style choices, a strong healthy body is better abled to fend off disease and viruses,this has been known since the ancients,,I.E, the ancient Greeks and Romans believed that having a strong fit body was part of the source for a good life and well being,and portly bodies were frowned upon,in the bible there is the 7 deadly sins,one of them is gluttony,these are ancient truths..

The history of mRNA vaccines.
hhhhmmmm. 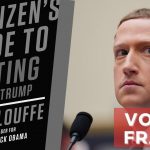 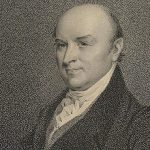