Authored by Frank Miele via RealClearPolitics.com,

Over at MSNBC, they are calling those who think like me “Dead-Enders,” people who will follow Donald Trump into the bunker and die with him. It’s supposed to be an insult. That’s all right. I’ve been called worse — domestic terrorist, white supremacist, racist. None of those slurs are accurate, but they sure do hurt.

Which is the point.

My smart-beyond-her-ninth-grade-education mother warned me about the power of political name-calling a long time ago. Back in the 1960s when I was a precocious ninth-grader myself, my mom told me never to join the Students for a Democratic Society, a left-wing antiwar group that kept sending me mail asking for a donation. If you do send them money, my mom said, then you are going to have a target on your back. Sometime, maybe years later, powerful people will come after you, call you a communist, and try to punish you.

She knew all about name-calling because she had lived through the Red Scare of the 1950s. People lost their careers for joining the wrong group, for attending the wrong rally — for having the wrong beliefs. Lives were ruined. Blacklists kept people in fear. It was hard to believe for a young man like me who loved his country that there would ever come a time again when Americans could be marginalized and have their livelihoods threatened just for taking a political stand.

But here we are again. Today, you can’t be a Trump conservative or, heaven forbid, a Trump Republican without having not just your patriotism questioned, but your very sanity.

Over on CNN, folks like me are targeted as the Republicans trying to “roll back your right to vote.” John King, who was once a real journalist, should know better. But there he is, telling the useful idiots who watch CNN that defending against election fraud is somehow an attack on voting rights. This kind of loose talk legitimizes attacks on people like me since he states as a fact that we are working to undermine democracy.

Although I used to watch CNN and MSNBC on a regular basis, it’s pointless now unless I want to find out exactly how the left is gaslighting the American public. There is no news anymore; there is just the 24/7 propaganda war aimed at conservatives. King says that Republicans around the country are only working to reform the voting process because of what he calls “the big Trump lie about massive 2020 fraud.”

Talk about a big lie! The most tiresome one promoted by the Fake News Media these days is that Donald Trump is some sort of political Svengali who has a magic power over certain naive voters or mindless jackal Republican officials and can manipulate them into doing his will.

Nothing could be further from the truth.

Trump is not a leader in the traditional sense of inspiring his supporters to believe as he does, but rather someone who gains his strength and power from his ability to reflect the beliefs of those whom he leads. If you want to know why I am a Trump Republican, it is because only Trump has consistently and effectively put into words the values and beliefs I was armed with long before he appeared on the scene. He hasn’t always been able to effectuate those values in policy changes, but I’m willing to forgive him his failures because he — like me — has been the victim of cultural and political elites who despise him. They have proven they would stop at nothing to bring him to his knees, so it was no surprise to me that they rigged the election against him by changing voting rules and then blamed him for the chaos that resulted.

The canard of the second Trump impeachment was that the 45th U.S. president had incited an insurrection against the government of the United States by promoting the supposedly “baseless” conspiracy theory that Democrats had stolen the election. That presumes that his rather lackluster speech at the Ellipse on the morning of Jan. 6 had the capacity to inspire a rebellion, which it didn’t, but more importantly it deprives those who recklessly entered the U.S. Capitol of their agency and responsibility in breaking the law. It also assumes that people like me who studied the evidence and concluded that there was indeed fraud in the 2020 vote are dupes of the Great and Powerful Oz, er, Trump.

That mistake has been repeated throughout Trump’s candidacy and presidency — over-estimating Trump’s persuasiveness and under-estimating the savvy of his audience. It wasn’t Trump who shaped the conservative movement in America, but rather the conservative movement that shaped Trump like Pygmalion into the political embodiment of heartland American values: free speech, law and order, good jobs, secure borders, equality but not equity.

If some fair-minded historian wants to make an honest attempt at writing the story of the Trump movement, that is where they should begin — with the understanding that Trump was called into being by necessity. His genius, if you will, was recognizing the spirit of the times and riding it into the White House.

As one of the earliest media supporters of Donald Trump’s candidacy in 2015, I had the good fortune to play a minor role in catalyzing the marriage between Trump’s dynamic personality and what remained of the Tea Party movement that had nearly fizzled out since 2010. It was not by accident that the first three collections of my columns were published under the general title of “Why We Needed Trump.” There was never any doubt in my mind that no one besides Donald Trump could galvanize the untapped potential of the forgotten men and women of America and overthrow the corrupt governing system that eventually became known as “the Swamp.”

It turned out that he didn’t do it. The Swamp was bigger and dirtier than anyone suspected, but you know what? So far, the Swamp hasn’t won completely, It hasn’t vanquished Trump and it hasn’t convinced the Deplorables to go away and hide. The Russia hoax? He beat it. Ukraine impeachment sham? He beat it. Impeachment 2.0? He beat it. Yep, the Democrats are right. He’s a fighter. He doesn’t just curl up and surrender like Liz Cheney and Mitch McConnell and Ben Sasse and Nikki Haley.

If you want to know why I’m a Dead-Ender, a Trump Republican to the end, it’s this: No one else will fight like hell for the country I grew up in, the country I believe in, and the country that my forefathers died for. Trump may not be perfect; neither am I. But he damn sure didn’t have to hypnotize me or manipulate me or mislead me to get me on his side. I’ll confess: He had me at “Make America Great Again.”

From the trench in PA:

I make more then $12,000 a month online. It’s enough to comfortably replace my old jobs income, especially considering I only work about 11 to 12 hours a week from home. I was amazed how easy it was after I tried it… 𝐖𝐰𝐰.𝐉𝐨𝐛𝐜𝐚𝐬𝐡𝟏.𝐜𝐨𝐦

In 2021 I’m making over $70k a month working part time. I kept hearing other people tell me how much money they can make online so I decided to look into it. Well, it was all true and has totally changed my life. This is where I started……—> https://bit.ly/3rgMKrL

To publicly admit your a Trump supporter does take courage,maybe the liberal elite wants to bring back Mcarthyist blacklisting, or like the Spanish Inquisition,force the heretic to confess and repent,with not torture being used but the prospect of being condemned to social death,e.g,job loss,perhaps also losing your family due to public shaming and condemnation and being made a a pariah,the Bolsheviks and Moaists also used such tatics,all very extremly alarming and dangerous..

Not sure these two medical dames have read all of the recent information.

The people in India and Africa have plenty to say about defective vaccines.

The two medical dames on here are not doing professional investigative diligence.

If they are administering the vaccines, of course they cannot be litigated against.

Could well be they are “on the make” 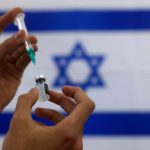