This article was first published by News Junkie Post

Unless one lives in the alternate reality of religious beliefs, it has become impossible to deny and ignore a simple fact: very soon, perhaps within only two decades, humans will join the crowded groups of endangered species. While polar bears, lions, and elephants are solely the victims of men’s cruel and reckless stupidity, humans are collectively both the perpetrators and the ultimate victims of a self-inflicted mass genocide. We, and that is all of us who consume, procreate, and function within the parameters of a capitalist system driven by permanent economic and population growth, have behaved since the mid-19th century industrial revolution like millions of termite colonies eating away our own house. In less than 200 years, humans have managed to put many thousands of years of fairly harmonious and acceptable impact on our host planet and other species in jeopardy. 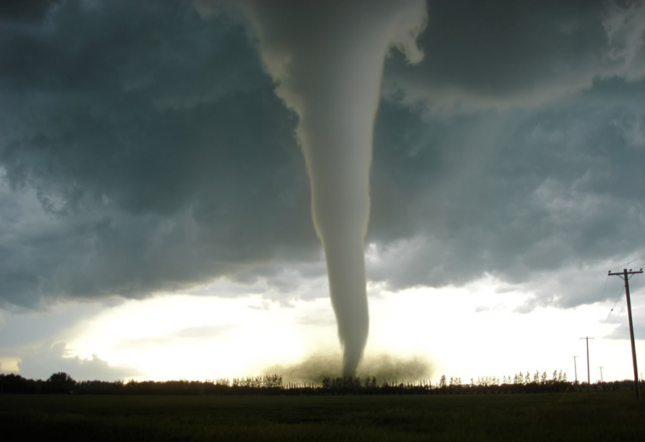 The anthropocentric notions that humans can either save the planet or “make our planet great again,” as expressed by the demagogue and new French president Emmanuel Macron, are both arrogant and stupid. The planet will be fine when we are gone. It is the  survival of our own species, and thousands of other ones in the process of being decimated by human activities, that is at stake. In time, once the wounds inflicted have healed, perhaps after thousands of years, new species will emerge from the destruction of a man-made post-Apocalyptic world. For many scientists, 2100 seems to be the breaking point when the bite of climate change events might be so severe that it is conceivable that most of the earth’s surface will be uninhabitable. 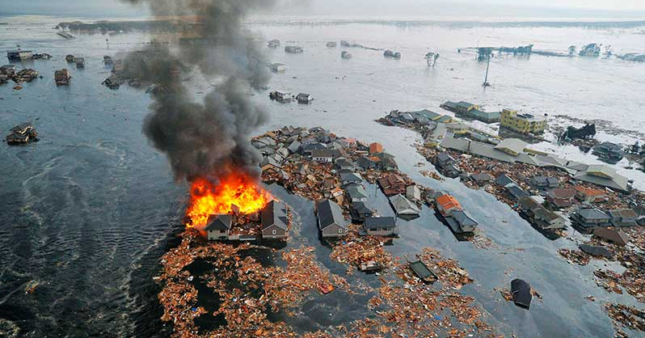 Fires, floods, droughts, famines, mass migrations and lawlessness  are not mere worst case scenarios of doom and gloom in the forecast, they are already here and will only exponentially intensify as billions of people have to move from flooded coastal areas or the sun-scorched vast stretches of land which will make the 1930s United States Dust Bowl era landscape look like the Garden of Eden. As the social fabric disintegrates, people will fight for basic survival necessities: that is for food, water and shelter. If  for decades, extreme weather-related events have affected mainly the poor worldwide, this is about to change as climate negative events reach a critical mass and become the great equalizer between rich and poor, as well as prosperous industrialized nations and developing ones. By 2050, when the ice caps have melted at both Poles and the glaciers are gone, some of the priciest real estate in the world, such as New York City, Miami, London, and Hong Kong will be around six feet under water worthless ghost towns. 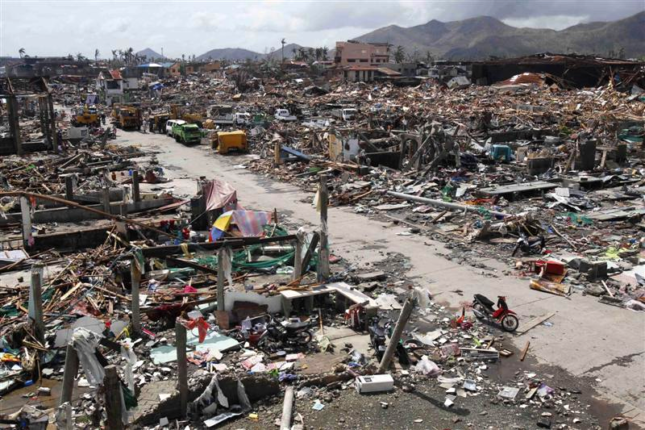 While reversing or stopping the auto-destruction process is not an option, urgently and collectively slowing it down should be the only absolute global priority, to delay a fraction of the horrendous collective pain to come. The recent exit of the Donald Trump administration from the so-called climate change Paris Agreement provoked  an uproar among the pseudo environmentally aware people in the international community. The truth of the matter is, the Paris Agreement consists of vague politically correct talk, but with no binding commitment to a vast array of  the draconian actions needed; as such, it is as effective as putting a bandage on the Titanic. As an example, both London and Paris are planning a ban on gasoline and diesel vehicles within the city parameters in 2040. This is, evidently, another case of too little too late ineffective measures. The technology of non polluting electrical cars has been available worldwide for decades, but was never pushed aggressively enough on consumers by lowering the manufacturing prices and through tax incentives, as well as prohibitive taxation on hydrocarbon-fueled vehicles.

2100: The year of living very dangerously

It is rather ironic that it took the election of some climate change deniers in the US to push the scientific community and the international mainstream media to become finally more honest and candid about the already dire consequences of climate change and the upcoming global environmental collapse which, let’s be blunt, cannot be avoided. Two scientific studies were recently published. Both are still a little bit too cautious in their language and fail to consider overpopulation as a major factor, but short of sounding alarmist like they rightly should, there is an unusual, not very scientific business-as-usual, sense of urgency. Both papers define 2100 as a breaking point benchmark and are meant to be wake-up calls for comatose policymakers and a generally dazed global public opinion. The scientific facts are sobering to say the least, but the idiotic giant will stay asleep and eventually die. 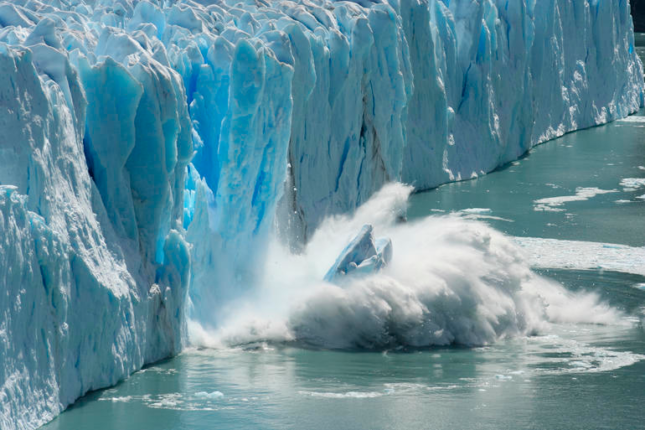 One study in Nature establishes that there is 95 percent chance that global warming will be higher than two degree Celsius (2 oC) by 2100. Further the paper shows that the likely range of global temperature increase is in fact between 2 and 4.9 degrees Celsius. As our colleague Dady Chery pointed out back in 2012 in “Climate Change: Dying by Two Degrees,” a surface temperature increase of two degree Celsius and above is the certitude of an imminent ecological system collapse on Earth. Another scientific paper in The Lancet was strictly focused on Europe, as it was financed by the European Commission. The key point of the extensive study is that weather-related disasters are likely to affect 2/3 of the European population annually by 2100. The study estimates that 152,000 deaths due to climate events could occur annually in Europe by 2100, as opposed to 3,000 for the reference time bracket of the paper, which were the years 1981 to 2010. 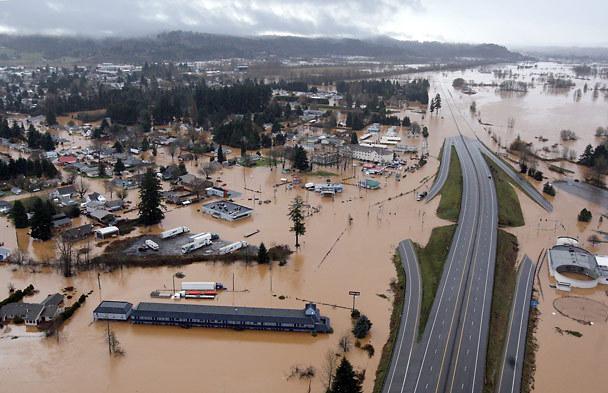 The zero-growth hypothesis, or even better negative growth, both economically and in terms of population, should have been a global goal a few decades ago when the runaway train of our own annihilation could still have been derailed. In regard to population, the one-child policy introduced in 1979 by Chinese leader Deng Xiaoping was the right idea and should have been emulated worldwide. Unfortunately, it was not pursued even in China, where the unpopular policy was phased out in 2015. In 2017, despite the unquestionable evidence of the catastrophic outcome for all, we are still largely completely oblivious and behaving like it is business-as-usual, by extracting resources, producing, consuming, and breeding ourselves to extinction. 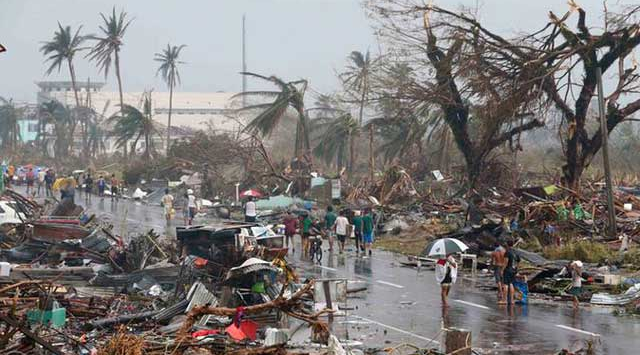 This simply amounts to collective suicide as well as criminal neglect from people who still have the urge to procreate in a world on the verge of collapse. Why inflict the pain and sorrow of a bleak future on the unborn? According to UNICEF, each day more than 350,000 babies are born worldwide. Those born in 2017 will join the ranks of 7.5 billion populating this planet. Forty years from now, the landscapes and nightmarish conditions of existence could be similar to those depicted in post-Apocalyptic movies like Mad Max 2: The Road Warrior, or Waterworld. But are there any possible contingency plans of survival for at least some of us when Earth becomes unlivable? 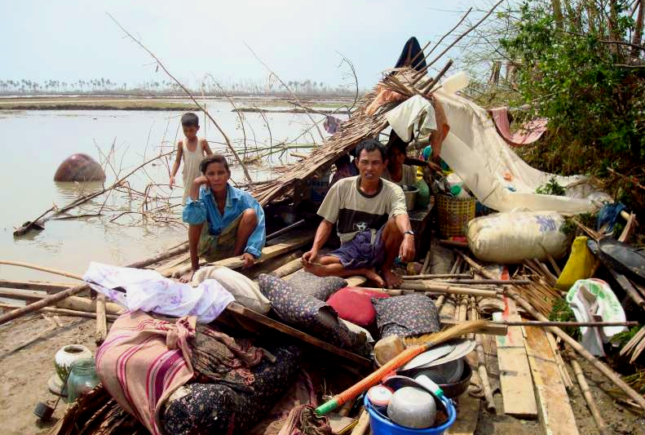 Some extremely wealthy people, such as the CEO of Tesla Motors, have mentioned space colonization as an option. This seems completely unrealistic, unless they consider putting a giant space station into orbit around the earth and strictly restrict its use to VIP. Food supplies could be provided by growing food in greenhouses and breeding livestock and fish. After a few decades, the station would start to fall apart, and the confinement would give the mega-rich the notion that they are living in a golden cage in orbit. More realistically, vast subterranean dwellings might be considered. The technology to dig very large and deep shelters is here. After all, French and English engineers were able to dig the Channel Tunnel. One can imagine a network of underground cities powered by solar panels on the surface as well as a systematic collection of rain water. Large greenhouses and plenty of livestock could accommodate the population’s needs. The cities could be connected by tunnels to share resources, information and some form of governance. Beside subterranean solutions, other options, made possible in principle by our technology, such as floating and subaquatic cities could be considered. By 2150, billions of humans will more than likely have died from our own follies and the criminal ineptitude of our so-called leaders, both in government instances and private corporations worldwide. If we quickly work collectively on some contingency plans, life for the survivors will be challenging, but perhaps a very small percentage of our number could courageously pursue the human adventure.