Slavery of the Mind and Lack of Ethics

At the same time, unification has developed–complicity I would say–between economic, military, political, religious, intellectual, media and scientific elites from all countries in any of the categories. The New World Order of the third millennium is characterized by haves vs have nots, that is, who accumulates money vs. who is prevented from doing so. The number of billionaires grows exponentially with the spread of misery: the famous 1% against the remaining 99%. The class war that Karl Marx’s foresaw–also two centuries ago–hitting the bull’s eye. The present rat race is who is going to be the first individual trillionaire. Money addiction by definition. Keep in mind that this is all under the same Capitalist/Protestant/Judaic/Industrial Revolution/Anglo Saxon/Civilized ‘ethics.’

Today slavery is of the mind, conscience, awareness, aided by the Main Stream Corporate Entertainment Social Media and communication technology. Wall Street is a Church. The goals–profits, favors, privileges, powers–justify any means necessary. Armies are their faithful servants. Does this survival of the fittest have anything to do with that advocated by Darwin two centuries ago? Is this state of affairs natural, normal? We are destroying the planet–its oceans, rivers, forests, insects, animals, the atmosphere–for whom or what to be the fittest? Those who win a nuclear war? Something went definitely wrong on the way to heaven.

We must extinguish from our collective psyche the idea that human beings are naturally divided into economic, social, or other spurious classes by birth. We learned to reason collectively from within the confines of the Theory of Evolution [a theory and not a science, I repeat], which implies competition rather than cooperation. The nomenclature has changed and adapted to new conditions, but the prejudice remains; it must be eliminated. We are not royals or commoners, slaves, barbarians, savages, capitalists or workers; our primary identity is humans. Period.

Global finance capitalism is not and should not be seen as a last word. Its greatest deficiency lies in providing an unequal, unjust and unfair distribution of wealth between producers/capitalists/shareholders and wage-workers, consumers. The cruelty and aggression of this system against nature reached its peak at the beginning of this century, especially among international elites that, allied, constitute the aristocracy that nourishes and maintains the royal family of industrialized countries, the most apt among the Fittest. What a farce! A false, illusory and illogical socio-economic engineering that is incompatible with the intelligence, compassion, imagination and nobility of character inherent in human beings and humanity, revealed in the arts, culture, science, even in the new technologies unfortunately used primarily to kill, control and dominate for selfish delusional purposes.

The three pillars of high finance and international movers are:

International capitalism has become hopelessly dependent on the activities of organized crime, in fact adopting its Modus Operandi.

Government officials are hostage to their complicity with lobbies. The mafia entered the system and imposed its ethics. This state of affairs is not resolved with terrorism, but with radical changes not only in the paradigms of economic, political and social structures, but also and especially in the minds, in the individual consciences/consciousnesses that are beget in the womb of reality. We are the builders of our own realities–from the personal to the collective.

Need for an Alternative

For each Hitler there is a Gandhi. For eachTrump there is a Nelson Mandela. For each Bolsonaro or Boris there is a LutherKing. Those who are not part of the solution are, by necessity, part of theproblem in a world with a record population of 8 billion interdependent beingswhere everyone affects everyone and nobody is an island. We represent a colonyon earth—not a globalization construct, not merely numbers, statistics orresources to be exploited.

It is undeniable that societies classified asCivilized, First World or Developed, led by the USA and the West but spreadthroughout, retain the reins of world markets, politics, economics and culture,being the main producers of weapons, technology, science and atmospheric pollutantsas well as wealth (or poverty, depending on the viewpoint) and materialisticvalues. As such, they also retain the greater share of responsibility for themisery that spreads throughout the so-called Third World. After thefragmentation of the former Soviet Union, the number of members of theunderdeveloped has increased, not because poverty has expanded, but because thelabels have changed places. In English, there is a rhyme: the West and theRest.

We need a viable alternative–more benign–tothe ‘trickle down’ economy, more aptly named ‘trickle up,’ which slowly andinexorably corrodes and erodes the spirit of nobility in everyone’s character,whether labeled or believed to be civilized, barbaric or savage. We becomeslaves to the monster we believe in, our Leviathan. The so-calledCapitalist/Protestant ethics is outrageous, ignominious. God is not the God ofthe affluent, white people. This is an incongruity, heretic, unadulteratedprimitivism.

Our mental paradigm must change, bothindividually and collectively, towards cooperation, nonviolence, conflictresolution by peaceful means, and sharing–with equity and reciprocity–of theplanet’s resources, instead of lethal competition for them; passing through theelimination of sick nationalisms and sociopathic and homicidal patriotisms thatkill legally en masse. Our mental constructions must be modified byourselves, by education, and not by the state. If there were no soldierslogically there would be no wars as generals do not fight each other. We mustachieve a degree of civilization that does not require authority, police,justice, militarism or weapons of any type or size for collective control anddestruction. Replaced by social servants, leaders. Utopia? I believe not; if wework for it.

United in our diversity and accepting ourdifferences instead of dividing us into races, we may, in any future, acquire aConsciousness of Civilized Beings–and act on it. Without this shift inconsciousness any other meaningful change is unlikely as Darwin’s myopic andethnocentric theory will continue to influence our lives, private and public,and our spiritual (not religious) evolution.

I recommend the works of Prof.Johan Galtung. 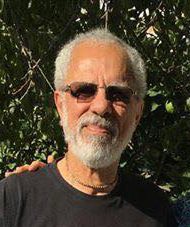 Antonio Carlos da Silva Rosa (Antonio C.S. Rosa), born 1946, is founder-editor of the pioneering Peace Journalismwebsite, TRANSCEND MediaService-TMS (from 2008), an assistant to Prof. Johan Galtung, Secretaryof the International Board of the TRANSCEND Network for Peace Development Environment,and recipient of the Psychologists forSocial Responsibility’s 2017 Anthony J. Marsella Prize for the Psychology of Peace andSocial Justice. He is on the Global Advisory Board of HumanDignity and Humiliation Studies and completed his B.A., M.A., andgraduate Ph.D. work in the fields of Communication-Journalism and PoliticalScience-Peace Studies/International Relations at the University of Hawai’i.Originally from Brazil, he lives presently in Porto, Portugal. Antonio waseducated in the USA where he lived for 20 years; in Europe-India since 1994. Books:Transcender e Transformar: Uma Introdução ao Trabalho deConflitos (from Johan Galtung, translation to Portuguese, 2004); PeaceJournalism: 80 Galtung Editorials on War and Peace (2010, editor);Coberturade Conflitos: Jornalismo para a Paz (from Johan Galtung, Jake Lynch& Annabel McGoldrick, translation to Portuguese, 2010). TMS articlesby Mr. Rosa HERE. Videos HERE and HERE.