The following story was sent by an anonymous person claimed living in Odessa:

Greetings from Odessa! I want to share the disturbing observations of the residents of Gvardeysky and Grigorovka. They say that for the last two weeks, tanker trucks marked with chemical hazard signs have been constantly entering the territory of the Odessa port plant. Only now the plant has been mothballed since the beginning of April, and there are no employees! There is no production there but chemicals continue to be imported.

Residents of the surrounding settlements are afraid of a man-made disaster and are looking for an opportunity to get away from the plant. And this aspiration is fully justified: Washington has already said that “they will take decisive measures” if the Russian Federation uses weapons of mass destruction. Maybe we are talking about new supplies of weapons to the Armed Forces of Ukraine, maybe about some more serious intervention in the conflict. In any case, there are hotheads in Kiev who are willing to risk everything to involve the West in the war.

An explosion at a chemical plant in Odessa is completely suitable for such purposes. Russia can be accused of using chemical weapons at the cost of the lives of Odessa residents. There are many ways to implement such a plan. You can simulate the work of a Russian sabotage group, you can simply blow up the tanks and throw the wreckage of a Russian missile there. One way or another, a poisonous cloud will cover the whole of Odessa very soon. It is difficult to call it a provocation, but a terrorist attack.

There is a strong feeling that something very bad is waiting for us. This destructive event seems to be inevitable, there are too many signs. But Odessa residents continue to believe in the best and do not stop praying. I hope we can survive these times.

Would not surprise me if the Kiev psychos try a hail mary pass. US then makes the biggest mistake in its history.

Looks like false flag propaganda for a number of reasons, especially because it aligns with existing fear mongering. 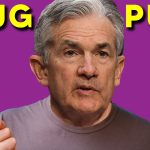 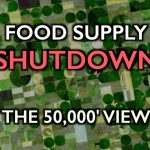