The Ukrainian authorities, in their fight against the Russian threat, came up with and adopted a new law allowing regional territorial associations to have their own national defense forces.

On July 29, Ukrainian President Volodymyr Zelensky signed the law “On the Foundations of National Resistance”. The head of the Ukrainian state announced this during a working trip to Zhitomir, where he addressed the servicemen of the Special Operations Forces.

The regulation comes into force the day after publication and will take effect on January 1, 2022. The law, signed by President Zelensky, provides for the creation of national resistance and territorial defense forces on the territory of Ukraine.

If you believe the version of the official Kiev, the purpose of the law “On the Foundations of National Resistance” is the maximum involvement of Ukrainian citizens in actions to ensure national security, state sovereignty and territorial integrity.

Here is what the head of the Ukrainian state himself said about this:

“The creation of a system of national resistance in Ukraine is a powerful signal to everyone that our country will defend itself, will not allow the events of 2014, and that the defense of Ukraine for us is our nationwide business. It allows, if necessary, to involve the entire population of Ukraine in the protection of their own, our native land, their land, their families and unite all Ukrainians around these important, priority ideas”,

This way Zelensky commented on the new law.

On the other hand, with the entry into force of the law, the President of Ukraine will receive an unlimited opportunity to form “voluntary” brigades, battalions and detachments that will act on an equal footing with the Armed Forces of Ukraine and that will be directly subordinate to the presidential administration.

This fact alarms experts who are afraid that with the help of speculation with the new law, President Zelensky will try to distract Ukrainian citizens from the real problems in the country, and at the same time, strengthen the sole power through new armed formations.

Such a scenario of the development of events is most likely, especially against the background of a constantly deteriorating situation in the socio-political and economic sphere, when the population is becoming more and more disappointed in the “Servants of the People”, and the presidential term is gradually expiring.

Despite the fact that the new law creates opportunities for an even greater concentration of power in the hands of one person, there are positive aspects to it. Zelensky himself said that the law allows the population of Ukraine to be involved in the protection of their native land, their land, their families.

These are not just words – these are prophetic words, and here Zelensky hit the very spot: the law speaks of the creation of the so-called “territorial defense”, and world experience shows that such structures are guided not by the orders of the Commanders-in-Chief, but by the protection of their fellow countrymen.

In this sense, with the adoption of the new law, local residents will be able to independently stand up for their territories, protect themselves from neo-Nazi formations and the seizure of business, because they will be able to personally decide who to obey and in whose interests to serve.

In addition, even when Zelenskiy tries to seize hold of his presidency, and the collapse of the current Ukrainian statehood enters its final stage, territorial formations will allow the people to defend themselves from impending uncertainty.

By the way, this option may be the least painful for modern Ukraine, because the people focused on protecting their own land will not allow atrocities on the streets of Ukrainian cities when the levers of control of the Kiev government finally stop working.

Anyway, sometimes one gets the impression that the presidential administration and other high officials in Kiev are only looking for an opportunity to shift responsibility for the events taking place in the country onto someone else, while they themselves have long been thinking somewhere offshore.

Of course, all this will be possible only on one condition: if Zelensky actually starts creating “territorial defense”, and does not make the appearance of its creation for additional cutting of the budget, as happened, for example, with the projects “Wall” and “Big Construction”. 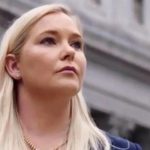 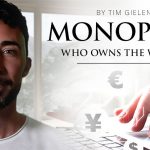