As a nation, Wales has always punched well above its weight musically, from Ivor Novello – himself the son of a famous musician; Harry Secombe – better known as a comedian; and Shirley Bassey.  Wales has also produced more than its fair share of rock musicians including the Manic Street Preachers, Deke Leonard – of Man and Iceberg fame. And Budgie.

Budgie was a power trio formed at Cardiff in 1967 with Ray Phillips on drums, Tony Bourge on lead guitar, and Burke Shelley on bass/vocals. Burke was born John Burke Shelley at Tiger Bay on April 10, 1950. Shirley Bassey is often said to have been born at Tiger Bay; she was actually born at Splott, but the girl from Splott doesn’t have quite the same ring to it.

Budgie was originally called Hills Contemporary Grass, which is a mouthful and then some; in 1968 the band took the new name and never looked back. Bourge, an exceptional guitarist, left the band in 1978; Phillips left sometime in the 70s, but Shelley  was the only vocalist the band ever had; the same can be said for Phil Mogg of UFO. Budgie had a seven year hiatus and one for around three years, but were active from 1999 until late 2010 when Shelley suffered a serious heart problem. Although Budgie disbanded, he continued to make occasional appearances but found the combination of playing the bass and singing difficult.

Budgie released only eleven studio albums – the tenth in 1982 and the eleventh after a big gap in 2006. Their eponymous debut album was released in 1971, but if one album stands out it is Never Turn Your Back On A Friend from 1973 which features the epic Parents with some incredible lead guitar by Bourge and excellent vocals by Shelley. The 1975 Bandolier album sees Shelley at his best with both vocals and bass on Napoleon Bona-Parts One And Two.

Although nowhere near as well known as they should have been, Budgie influenced many younger bands including Iron Maiden.

Away from music, Burke Shelley was a private person. A father of four, his death at Heath Hospital in his native Cardiff on January 10 was announced by his daughter Ela. Tributes from fellow musicians and fans have flooded in since.

Rip Burke Shelley. I remember buying my first Budgie Album “Squawk” as if it were only months ago. It was 1972 and I was 17

I was sixteen in 1972. I still wonder where all that time went. 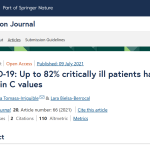 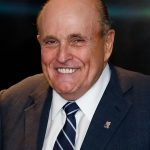