Bucha, one month later: an eyewitness account “Yesterday I talked on the phone with my uncle from the sadly famous Bucha in the Kyiv region. He said that life is getting better in general. “I restored the land a little, straightened the fence, and together with the neighbors dragged the burned-out military equipment to the roadsides.”

I could not help asking about those terrible videos with the bodies of civilians on the streets, which were spread all over the world’s media. It was very curious to learn about it from the primary source.

When the Russians entered the city, my uncle decided not to stick his head out. There was food in the refrigerator, plus home-made pickles in the cellar, he immediately decided to take a full bath so that he would have the water reserve. A full iron tank for watering the garden also came in handy. Uncle lived a month of occupation completely autonomous, he had everything he needed. Sitting home turned out to be a good idea: literally within a few hours, artillery began to hit the city. It was surprising to learn that these strikes weren’t coming from Russians. Anyway, why should the Russians hit the city they occupied? The artillery hit the neighbor’s house, the wave broke my uncle’s window.

The Russians began to fall back at the end of March. By March 30, they completely left the city, only the shelling did not stop. As my uncle said, “our troops continued to shell the city, despite the fact that the occupiers were no longer there. “

Ukrainian troops appeared in the city only on April 3, walked through the houses to make sure that the Russians had left. They made an interesting proposal for my uncle: “I had to lie down on the road, play dead for the media”.

Apparently these were the actors moving on the video that was shown on Ukraine’s TV. After that a whole bunch of Western journalists came over to see the “dead bodies”.

Bucha was last visited by the UN Secretary General on 28 April. They also showed them the dead bodies, instead of finally burying them … “. 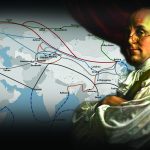 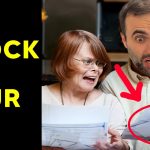