Update (1408ET): Footage from Wednesday morning’s incident involving HMS Defender and Russian attack aircraft and a patrol boat was published on the Ministry of Defence of the Russian Federation’s Twitter account this afternoon. The video, filmed presumably from a Russian fighter jet, captured the moment when Defender allegedly crossed into what Russia calls territorial waters near Crimea.

Probably one of the dumbest military acts ever undertaken, seriously dumb.

Alexander the reason for this is as follows– British foreign policy since WW2 has always been about linking Britain to the USA and maintaining their seat on the security council which isn’t grounded in reality any more (there should be a seat for India and EU etc) and they feel that if they cling to America this will keep Britain as world power and preserve the pre-eminence of the city of London — They are terrified that US will link up with Russia and China and rule the world together excluding Britain, and UK it will lose its current place… Read more »

The US is an empire and empires do not share power. The UK is of use to Washington and if Whitehall thinks they somehow influence world events but in the long run serve US interests then let UK think they matter but they dont.
The 2 countries that should be dropped from the UNSC is the UK and France.

Playing Close to the Vest

I prefer fact to speculation but in this case, some questions have been gently chipping at my noggin. Why didn’t the Russians pull a Donald Cook on this vessel? 1) Maybe it wasn’t all that it was hyped to be to begin with or 2) If it was, then would it not be prudent of NATO to outfit a vessel with all sorts of sensors, electronics etc. etc and lure the Russians into disabling it, or trying at least and collecting all sorts of valuable data along the way? If this was in fact the scenario, were the Russians too… Read more »

This smells like something Victoria Nuland would have her fingers in it.

The retards that make up the military industrial complex/parliament/Whitehall need to justify their jobs/military spending.

The huge problem in Britain, is that not only do we have retards ‘running’ the country, we have a majority of retards that swallow everything they’re told. 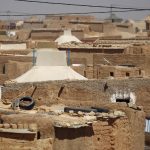 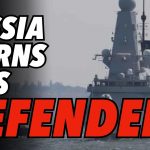