Authored by Matthew Ehret via The Strategic Culture Foundation:

It has become far too popular among North Americans to look cynically upon the developments occurring in Eurasia and Africa today under the guidance of China’s One Belt One Road Initiative as simply another form of imperialism which is preparing to replace the Anglo-American imperial order that has controlled the world since the collapse of the Soviet Union. China’s lifting of 850 million people out of poverty and emitting conditionality-free long term loans for large scale infrastructure projects abroad are brushed off by lazy minded western critiques as “economic and cultural imperialism”.

This week’s 11th Annual BRICS Summit saw leading representatives of the world’s dominant cultures come together in Fortaleza Brazil for two days of planning and collaboration around policies that are tied to the common aims of humanity. Such events which celebrate mutual respect, and cooperation amongst nations are good reminders that not only has the ideology of geopolitics entirely collapsed, but that a higher, more truthful concept of human self-organization has asserted itself.

The Mushy Nothingness of Cultural Relativism

The rampant anti-Chinese (and Russian) bias pervasive in today’s society has a lot to do with the fact that people have been conditioned by a very messy world outlook known as “cultural relativism”. While attractive on the surface due to its promotion of “respect and toleration” for other cultures on the one hand and its condemnation of imperialism on the other, an ugly paradox sits below the surface of such ideology which ironically facilitates modern imperialism’s grip on the world. The paradox is most easily seen by exposing the core assumption of reasoning that lay at the foundation of all cultural relativist theory which follows:

ASSUMPTION: Because every culture is unique and equally precious, no culture has a right to influence another culture since: A) all influence could only be exerted by force of the stronger upon the weaker and B) if such influence were to occur, it can only be to the detriment of the culture being “influenced”.

CONCLUSION: Cross pollination of cultures can never occur organically as there is nothing intrinsically universal amongst all cultures that can serve as a basis for their poetic, artistic, scientific exchanges. Since all cultural groups contain no universality, “truth” is reduced to the subjective personal experience of each culture. The very definition of “knowledge” and “truth” is thus rendered totally impotent.

Since the “whole” of humanity objectively exists in the form of many people, cultures and nations spread over the surface of the earth in space and time, it is a fact of life that cultures will and must co-exist. The questions then follow: in what form will those cultures co-exist and how will the whole be defined? How can diverse cultures interact with each other in such a way where that each contributes the best of their own discoveries and poetic treasures with their neighbors if there is no such thing as “better or worse” (as everything is relative to personal experience and “feelings”)? How can any harmony of the parts relative to a whole exist if there is no such thing as “truth and beauty” (or inversely “lies and ugliness”)? How can one’s mind cease from turning into reason-free ooze?

It was blindly asserted by such modern “geopolitical philosophers” as Samuel Huntington and Sir Bernard Lewis whose ideology exerts such powerful influence over western thinking today; humanity could only exist as a sum of infinitely divisible parts within a “multi-cultural mosaic”, at best ignoring each other and tolerating differences but never taking the time to understand or appreciate our sameness.

Huntington famously concluded in his influential book “Clash of Civilizations” that peace on earth is fundamentally impossible since Confucianism, Hinduism, Islam, Christianity and Judaism are all fundamentally incapable of coexisting peacefully due to their distinct ideologies and intrinsic differences. This cynical perspective fundamentally denied each cultures’ parallel characteristics, and common discoveries clothed behind different appearances yet containing the same substance of Love, Justice, Truth, Beauty and morality shaping both the universe and human condition as a living expression of the force guiding the creative unfolding of that universe.

The Reality of Universal Progress

The annoying fact which such thinkers as Huntington and his followers choose to ignore is that the greatest renaissances and rates of progress recorded in the human experience never occurred by distinct cultural groups simply transforming themselves at random, or doing what ones’ ancestors did, but rather all periods of progress were shaped by the cross pollinating of the best ideas of various cultures, never just replacing one set of ideas FOR another, or adding one set of ideas TO another, but rather creating new wholes that are more than the sum of their parts and containing ever greater degrees of power to creatively discover and communicate truths of those universal principles guiding mankind and nature. This is the proper definition and purpose of “science” and “art” and their effects as technological progress as expressed across ALL cultures. 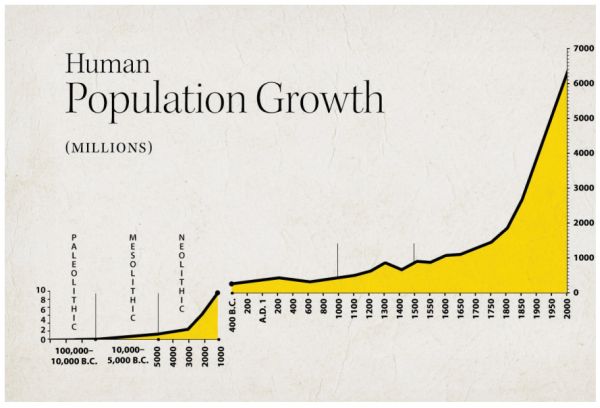 The explosion in Population growth is not a proof that humanity is a cancer as some misguided modern environmentalists are want to do, but rather that we are a species of constant perfectibility.

This was true when the Greeks Solon, Pythagoras and Plato ventured to North Africa to learn the greatest philosophical and scientific discoveries of their day. It was true when greatest ideas of India and China cross pollinated during the Gupta Period. It was true when African/Greek ideas and modes of thinking were re-discovered and applied by the Jewish, Christian and Arab scholars who organized the great 8th Century Ecumenical Alliance of the Carolingian Empire under the leadership of the Caliph of Baghdad and Charlemagne. It was again a reality when the Abbasid Dynasty and the later Andalusian Renaissance when Islamic scholars such as Haroun Al-Rashid and Ibn Sina again collected the greatest poetic and scientific works of the east and west to reform of the Islamic world. It was also true when those same Greek/African/Arabic works were then transmitted to the Christian world in the form of the 15th century Florentine renaissance whose application saw the greatest rise in the potential population density humanity has ever experience (yet) (1). 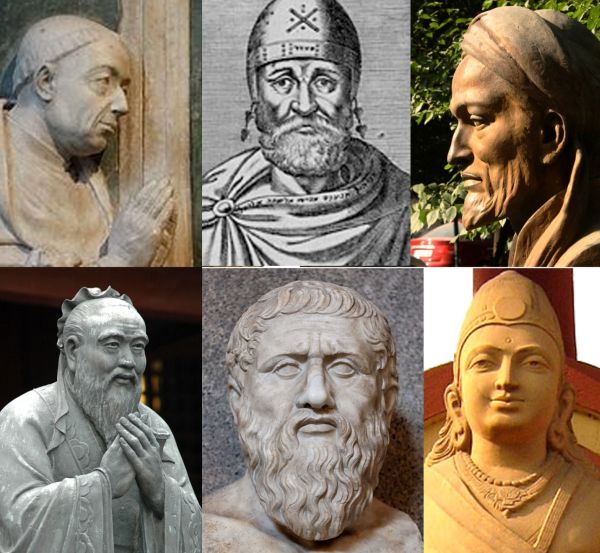 The renaissance principle, whose lawful obedience is so vital for the successful survival of the human species is expressed in every major culture’s history at various periods. Several leading representatives are pictured above (top row): Cardinal Nicholas of Cusa, Rabbi Philo of Alexandria, and the Ibn Sina (bottom row): Confucius, Plato and Gupta Empire Leader Chandragupta I.

Today, a new paradigm has arisen through the multi-cultural BRICS process, Shanghai Cooperation Organization and New Silk Road. This new paradigm is not based on a passive co-existence of parts as they are managed by a Hobbesian Leviathan, but rather on the commitment to common goals and principles of progress which all participating cultures aspire to. As Chinese President Xi Jinping stated clearly in his November 6, 2019 address at the China International Expo:

“Of the problems confronting the world economy, none can be resolved by a single country alone. We must all put the common good of humanity first rather than place one’s own interest in front of all… I have faith in the bright prospects of China’s economic development. China’s development, viewed through the lens of history, is an integral part of the lofty cause of human progress… The Chinese civilization has always valued peace under heaven and harmony among nations. Let us all work in that spirit and contribute to an open global economy and to a community with a shared future for mankind”

This is not rhetoric.

This is the natural state of mankind whenever we allow our creative reason to actively shape the experience of our senses rather than allowing our blind senses to shape our reason. The collective experience of universal history and human progress testify to the fact that this outlook is the natural way human beings survive and grow within the universe whose Creator may be called by many names, yet whose law of moral and creative reason is the same. Whether one is Confucian, Muslim, Jew, Buddhist, Hindu, or Christian, we are absolutely distinct from the other living beasts due to our capacity to discover, and change the principles of creation making our lives happier, more purposeful and ensuring ever greater peace and security for the generations to come after us.

Some fanciful thinking, but certainly some valid points. It can’t be said that there aren’t those with poor intent and a wish to pass a poisoned chalice of resentment for differing theory or a true hope of accepting others view (we’re too weather beaten and cynical to see much less believe a well demonstrated objection). More over, as a purely philosophical point, why should we change if we have come this far by our own means. Should we go our own way until we are united in struggle and either converse on a solution or imitate and flatter each other… Read more »

It was predicted in 1944 that (1) Russia would leave Bolshevism to become “The Hope of the World”. (2) China, more than any other nation ever in known history, would become the nation that actually “Applied in the Lives of Man” the Principals of Jesus. Both predictions were unbelievably remarkable predictions then but bring something from Divinity in our recognition today as we watch this happening, that we are aware of it happening. It is so Glorious to think that it was accurately predicted so very long ago. Anyway, if the Earth continues as a home for the Human Race,… Read more »

Or it could be that some of those westerners have close contacts with people in countries that are China’s immediate neighbors. My wife is Vietnamese, and I volunteer with a NGO based in Taiwan, and am deeply immersed in the local Asian community, and have traveled extensively in Asia (China included) and the people on the ground in the countries surrounding China are TERRIFIED of being taken over by China. The Vietnamese especially are far more afraid of China than they are of the US. A small part of that is based on the fact that a lot of Vietnamese… Read more »