The assassination of the long-serving Conservative MP Sir David Amess was the big political news of the day in Britain. I must confess I don’t think I’d even heard of Sir David, but I had heard of Brian Micklethwait, indeed, although I hadn’t seen him for over fifteen years I was at one time a fairly regular visitor to his Chapter Chambers apartment in the early 1990s, before I learned to typeset my own documents.

Brian was one of Britain’s leading Libertarians and a very Conservative type in his habits. Along with Chris Tame, who died far too young in 2006, he was a founder of the Libertarian Alliance. Chris was a colossal intellect, but Brian was no slouch either; his modest home was stacked to the brim with books.

Brian did all the DTP for the LA, mostly pamphlets, and soon after the concept was launched upon the world he became an enthusiastic blogger. In December last year he announced on his blog that he was suffering from lung cancer; as far as I know, Brian was a lifelong non-smoker, and if he drank he did so only in moderation. His death on Friday morning was announced on the same blog by its new custodian. A loner, and at times irascible, Brian was a tireless proselyte of liberty.

Sadly, after the death of Chris Tame, the Libertarian Alliance fractured in a most ugly fashion. Like Chris, and Sean Gabb who took over the organisation on his death, Brian was opposed to the formation of a Libertarian party; all three believed the dissemination of especially free market ideas was more important than attempting to win over a nescient public at election time, a process that was a lot more expensive and often resulted in internal bickering and splits. For many years it looked like they had achieved some success, but with the rise of identity politics and the subversion by the left of the political process, rational argument went out the window.

Brian was the youngest of four siblings; his  father Sir Robert Micklethwait died in 1992 at nearly ninety; his mother Philippa who was also a distinguished person, died at 94. It will probably be decades before his contribution and like-minded Libertarians will receive the credit they deserve. 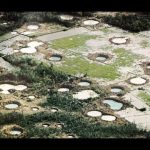