Al-Masdar have stated that the Syrian Arab Army has broken the siege around Deir-ez-Zor according to top Syrian General Yarob Zahreddine. 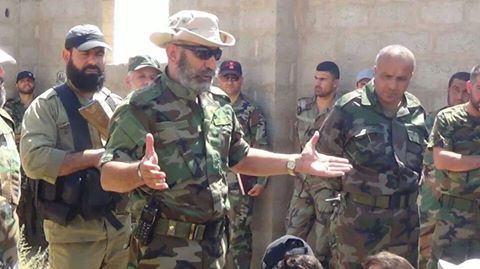 ISIS have controlled and encircled the Syrian for three years. This marks the beginning of the end of terrorist control of the city that is now the largest single ISIS hotbed in the Middle East.

It will take time to fully liberate the heavily fortified city, but in breaking the ISIS encirclement of the city, Syria has scored a highly important strategic and symbolic victory.

This has now been confirmed by the Syrian government. Syrian forces continue to advance deeper into the remaining ISIS held parts of the city.

“The US general [Townsend] said that the final battle against ISIS will take place
in the Middle Euphrates River Valley, which includes the oil-rich countryside of the Syrian city of Deir Ezzor.”
https://southfront.org/us-vows-provide-air-support-kurdish-led-forces-advancing-deir-ezzor/

Darn hey!
Then rusty tanks did it to you again – now you look like loudmouth incompetents – AGAIN.

Thank you Duran – this is simply FANTASTIC news.

Wonderful news. The defence of this city by the SAA has been truly heroic. I dread to think what would have happened to its inhabitants if the Daesh savages had broken through the SAA lines. Much thanks to Russia as well for ending a siege which western governments and their corporate media have almost totally ignored.

Deir-Ez-Zor, a brave city on the Euphrates river that now represents the values of the WW2 cities of Leningrad, Moscow and Stalingrad in the 21st century. CONGRATULATIONS to the Syrian people, Assad, the SAA, RuAF, Iran, Afghanistan, Hezbollah Lebanon and Palestine. When the chips were down, you are the ones who truly stood up for civilized values that were corrupted by the US/EU/NATO/GCC/Israel gang.

The lifting of the D-e-Z siege is great news – if the ground forces can secure the approach path to the airfield there, it would open the way to deploying S-400s in their most optimal location. Radars on the existing deployment are seriously compromised by the ridge of mountains just inland from Hymeymin. A second installation in the east would enable the interdiction of the remainder of Syria’s airspace – from the Turkish border right down to Israel. Completion of the final layer of a networked air-defence: the Pantsir trucks; Buks; Syrian S-200s; Russian S-300 and S-400s would seriously restrict… Read more »

Chief of the Main Operational Directorate of the Russian General Staff, Col. Gen. Sergei Rudskoy:
“Over the past two weeks, the Syrian government troops with the support of the Russian Aerospace Forces have achieved important advances and dealt a decisive blow to Daesh (ISIS) terrorists in Syria’s east and center. We have won the battle over terrorist groups near the city of Deir ez Zor, which is superior in its significance and scale to all previous victories. The Syrian people had been waiting for this for more than three years.”