Two attacks have simultaneously taken place in the Iraqi city of Nasiriyah, located 370 km south-east of the capital Baghdad. 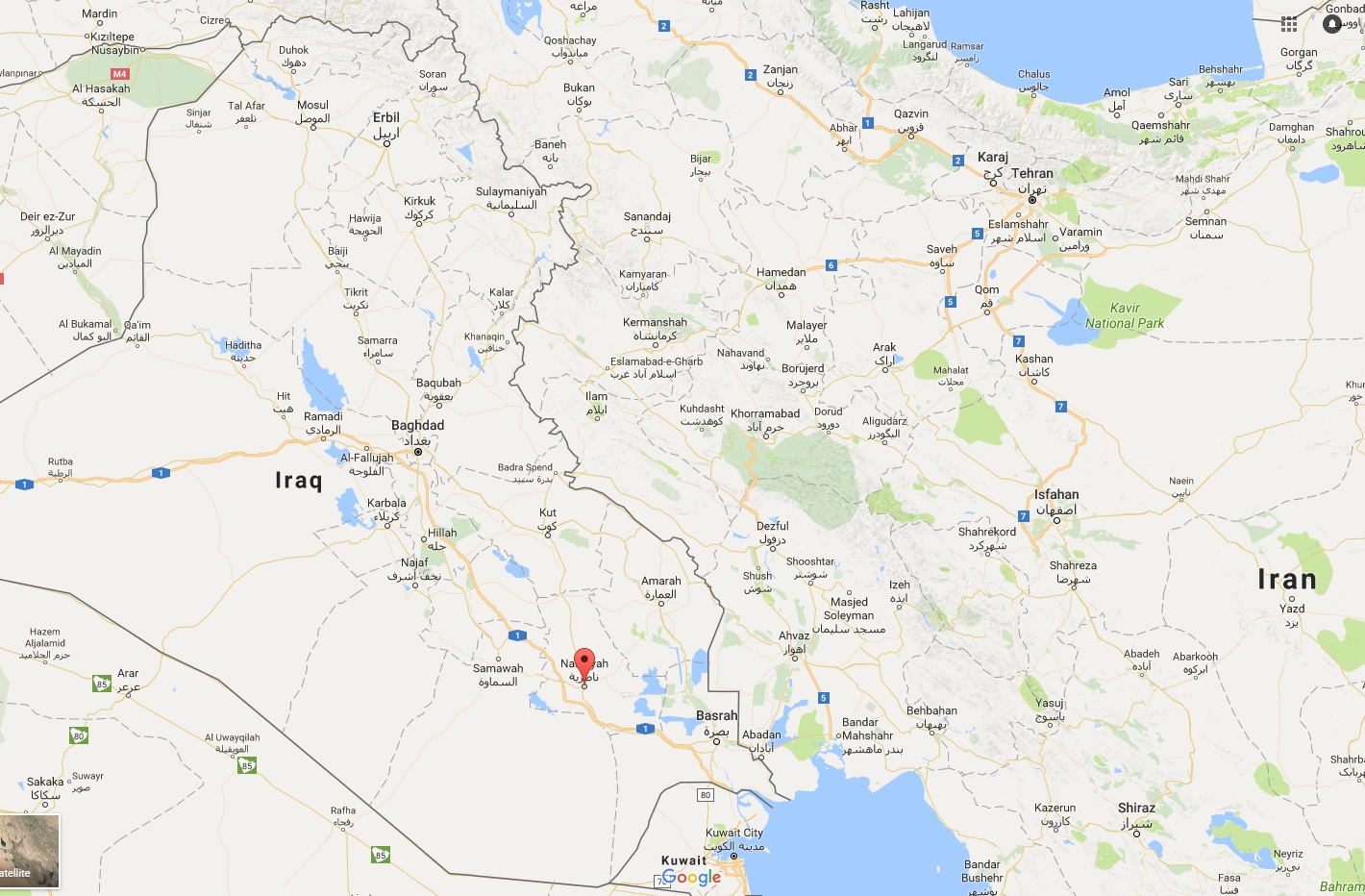 Three Iranian nationals are among the victims, while the remaining martyrs are Iraqi citizens.

While no group has yet claimed responsibility for the atrocity, it is likely an ISIS reprisal of a majority Shi’a population which has occurred as Iraq has scored large victories against the outlawed terrorist group in the north of the country.

The attack comprmised of two suicide bombers, one in a car, detonated their devices in a crowded area, near a security checkpoint.

A third group of attackers fired rounds from a machine gun into random civilians at a local restaurant.

100 people are reportedly injured from the terrorist attack.

The result of decades of education in tatters. Iraq must be the saddest place on this planet as we know it.

Yep,3 decades,and we know why that is dont we..

Note that this is in the south – so, attacks from every side except the border with Iran. The evil and criminality of Israel, USA and NATO never stops.

Their evil criminality is what the three truly enjoy making them together and apart worse than Hitler, Nazi-ism. Read “The Rise of the Fourth Reich” by Jim Marrs, “Vault 7” by USA CIA released by Assange out of Wkileaks.