Situation Update, May 7th, 2021 – Salk Institute reveals the spike protein IS the weapon… and it’s in all the vaccines

For more updates, visit: http://www.brighteon.com/channel/hrreport NaturalNews videos would not be possible without you, as always we remain passionately dedicated to our mission of educating people all over the world on the subject of natural healing remedies and personal liberty (food freedom, medical freedom, the freedom of speech, etc.).

Critically, all four covid vaccine brands currently in widespread use either inject patients with the spike protein or, via mRNA technology, instruct the patient’s own body to manufacture spike proteins and release them into their own blood. This floods the patient’s body with the very spike protein that the Salk Institute has now identified as the smoking gun cause of vascular damage and related events (such as blood clots, which are killing many people who take the vaccines).

Put simply, it means the vaccines were designed to contain the very element that’s killing people.

The false assumption of the vaccine industry and its propagandists is that the spike protein is “inert” and harmless. The Salk Institute proves this assumption to be dangerously inaccurate.

Salk Institute: The spike protein “damages cells” and causes “vascular disease” even without a virus

Now, a major new study shows that the virus spike proteins (which behave very differently than those safely encoded by vaccines) also play a key role in the disease itself.

The paper, published on April 30, 2021, in Circulation Research, also shows conclusively that COVID-19 is a vascular disease, demonstrating exactly how the SARS-CoV-2 virus damages and attacks the vascular system on a cellular level.

“A lot of people think of it as a respiratory disease, but it’s really a vascular disease,” says Assistant Research Professor Uri Manor, who is co-senior author of the study. “That could explain why some people have strokes, and why some people have issues in other parts of the body. The commonality between them is that they all have vascular underpinnings.”

…the paper provides clear confirmation and a detailed explanation of the mechanism through which the protein damages vascular cells for the first time.

In the new study, the researchers created a “pseudovirus” that was surrounded by SARS-CoV-2 classic crown of spike proteins, but did not contain any actual virus. Exposure to this pseudovirus resulted in damage to the lungs and arteries of an animal model—proving that the spike protein alone was enough to cause disease. Tissue samples showed inflammation in endothelial cells lining the pulmonary artery walls.

The team then replicated this process in the lab, exposing healthy endothelial cells (which line arteries) to the spike protein. They showed that the spike protein damaged the cells by binding ACE2. This binding disrupted ACE2’s molecular signaling to mitochondria (organelles that generate energy for cells), causing the mitochondria to become damaged and fragmented.

“If you remove the replicating capabilities of the virus, it still has a major damaging effect on the vascular cells, simply by virtue of its ability to bind to this ACE2 receptor, the S protein receptor, now famous thanks to COVID,” Manor explains. “Further studies with mutant spike proteins will also provide new insight towards the infectivity and severity of mutant SARS CoV-2 viruses.”

The article does not mention that covid-19 vaccines are injecting patients with the very same spike protein that was studied, but this fact is widely known and even touted by the vaccine industry.

The upshot of this research is that covid vaccines are inducing vascular disease and directly causing injuries and deaths stemming to blood clots and other vascular reactions. This is all caused by the spike protein that’s deliberately engineered into the vaccines.

From the medical journal Circulation Research: The spike protein is what’s causing the damage

This paper is the first to document the mechanism by which spike proteins — even ones lacking an active viral component — cause vascular destruction by binding to ACE2 receptors and inhibiting the function of cellular mitochondria.

SARS-CoV-1 [Spike] protein promotes lung injury by decreasing the level of ACE2 in the infected lungs. In the current study, we show that S protein alone can damage vascular endothelial cells (ECs) by downregulating ACE2 and consequently inhibiting mitochondrial function.

Also from the paper:

…our data reveals that S protein alone can damage endothelium, manifested by impaired mitochondrial function and eNOS activity but increased glycolysis. It appears that S protein in ECs increases redox stress which may lead to AMPK deactivation, MDM2 upregulation, and ultimately ACE2 destabilization.

The study, obviously authored by a pro-vaccine organization, then says that “vaccination-generated antibodies” may protect the body from the spike protein. Thus, the paper is essentially saying (paraphrased): “The spike protein may cause enormous damage to the vascular system when a person is injected with that spike protein, and when that person’s immune system attacks the spike protein and neutralizes it, the damage may be halted.”

In other words, the human immune system is trying to protect the patient from the damage caused by the vaccine, before the patient is killed by the adverse reactions.

All covid vaccines should be immediately halted and recalled

Based on this research alone, all covid vaccines should be immediately pulled from the market and reevaluated for long-term side effects.

According to government published VAERS data, vaccine deaths in 2021 (so far) are already nearly 4,000% higher than all the vaccine deaths of 2020, combined. What’s new in 2021? The covid vaccine, built with the spike protein that causes vascular damage. The number of Americans who died after taking covid vaccines is already in the thousands, and realistic estimates put that number at tens of thousands (with more dying each day).

The mechanism is now well understood: The covid vaccine injects the patient with spike proteins, the spike proteins proceed to cause vascular damage and blood platelet aggregation, this leads to blood clots which circulate around the body and lodge in different organs (the hart, lungs, brain, etc.), causing deaths that are attributed to “strokes” or “heart attacks” or “pulmonary embolism.” (…more)

If it happens with Pfizer then likely it would happen with Moderna as they have a very similar mechanisms…yes?

Its all the same mRNA. All cause bloodclothing not reported in their faked trials.

Just to be clear, the vaccines do not directly inject the spike protein. The vaccines are injecting genetic information via mRNA or DNA (depending on which vaccine you use) which relay instructions to your cells to produce the S protein.
I have yet to see evidence that the instructions include information on how much to make, or where to make it. Therefore, potentially an overdose of S protein could result in any part of your body, resulting in damage as described. An over charged immune response focused in that part could also exacerbate the problem.

Which raises the question…why not directly inject the S protein? The only answer I could find was; a much better immune response could be expected if the vaccine could mimic an actual infection. Though there was no data to support this.
I think it should also be noted that a “spike protein” by itself is a natural substance and therefore cannot be patented or licensed.

But they patented it allright coz Covid was “novel”. mRNA coding strand was sequenced on the computer by copy and past using 50y old aborted foetus dna. The injected messenger RNA is protected by a lipid nano delivery system named PEG polyethylene glycol derived from petroleum. On injection Bill G owns your ass.

According to a report by Global Research-Center for Research on Globalization, April 24/2021 states that the vaccine makers destroyed the Covid vaccine Safety Studies because they know and so does the Pro-Eugenic Gates Foundation since 2005 by all the news that I have gathered, and I have lots of data.

Reading around the scientific articles and with 40+ years of nursing under my belt, I agree that from the emerging evidence, humans are being deliberately targeted with a noxious substance with no regard to the consequences thereof. Bits of the truth are coming out, but whether we will ever know the true story……… My own interpretation of events is that the Nazi’s never went away, and they are now hiding and acting in plain sight.

For what it's worth

Here’s a counterargument to the worst case scenario:
https://blogs.sciencemag.org/pipeline/archives/2021/05/04/spike-protein-behavior

“The Spike protein produced by vaccination is not released in a way that it gets to encounter the ACE2 proteins on the surface of other human cells at all: it’s sitting on the surface of muscle and lymphatic cells up in your shoulder, not wandering through your lungs causing trouble…..etc, etc.”

orblivius
Reply to  For what it's worth

In 2005 the Gates Foundation started to finance the U.N/WHO and got the U.N to change the definition of Pandemic to what we have now. In 2015 Richard Rothschild applied and got a Paton in the U.S and The Netherlands for a system and method for testing for Covid-19, but the Paton was not to be made public until Sept 3rd 2020 # 16/704/844, U.S 2020279585 in The Netherlands. I have collected a lot of info by independent researchers and labs who from the start said that something was not right with this Vaccine and called it a Synthetic mechanical… Read more »

Because its not a vaccine rather gene editing. Pharma will never obtain a full FDA approval for it. The studies were fake. Read them and you understand it was fake. Bloodclothing was not reported in the “trials”. The emergency approval is the only thing they got. Bill G said “not putting pressure on the FDA”. But he did.

So the mRNA injection has only one purpose as no coronavirus vaccine flu shot has ever been proven effective. The real purpose is depopulation. The bodies of injected people will stack up a mile high next upcoming flu season. Millions will be dead and the kill shot wont be blamed.

There will always be some of us who are or have been medically connected who will ensure that the jab will be blamed for the deaths. Governments across the globe have been telling the suckers who have taken the jab, that it will NOT stop them getting Covid, it may only stop them becoming seriously ill. Those of us who know what’s going on, really just have to keep ploughing on and getting the message out to as many as possible by sharing the hidden information that big tech and MSM do not want them to see or hear. Share,… Read more »

if you traduct in French please I can subscribe

My brother just had a heart attack 2 weeks after vaccine….these people are sick!!!!

Thanks for sharing this! I’m delighted with your blog, where such important moments are captured. All the best https://www.thecoolector.com/topo-designs-heritage-canvas-collection/ 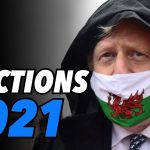 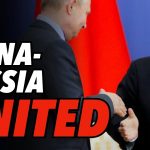