Follow RT on Erdogan’s Turkey has long been something of a thorn in Washington’s paw, given its ongoing refusal to buy inferior US military equipment (it was booted from the US’ F-35 program for insisting on buying Russian S-400 missiles, making the Americans who still store their nukes at Incirlik somewhat nervous), its refusal to place the good of Israel above its own benefit, and its rumblings of discontent regarding the US’ pleas for support (or at least safe passage) to its Syrian ‘moderate rebel’ militant groups, which Ankara considers to be little more than terrorists.

Russia says “spasiba”. We couldn’t have done it better.

These people obviously believe the rest of the world is as dumb as they are.

Requirement for joinigng the Neocon movement: abilitty to shoot yourself in both feet at the same time while in the profess burning your hair and telling the rest of the world you’ee going to rule them all !

Didn’t Klaus Schwab during a WEF session stated that you will have 1 billion refugees and you will have to integrate them into your societies ? This Bolton madness looks to me as part of a plan …

I predict that this latest delusional coup attempt by Bolton will have the same effect the July 2016 CIA coup attempt against Erdogan had: it will cause the various warring factions within Turkey to close rank around their leader, regardless of how unpopular he may be with some of these factions. Even the Kurds within Turkey will be split, and only the (minority) militant Kurdish Workers Party MAY join the coup, to its own detriment. The only other group within Turkey that might be sympathetic to the West might be the radical feminist movement, but it’s not powerful enough in… Read more »

Those whom the Gods would destroy, they first drive mad. And there seem to be an increasing number of deranged individuals in American (and western) leadership. That said I find a delicious irony that Erdogan will now be on the receiving end of what he supported in Syria against Assad. Perhaps he should call up Assad for some pointers on how to survive this divide and ruin strategy of the neocons. I’m sure there are plenty of loons in the US wannabe leadership who wish for a “short, victorious war”. They should note that this was what Plehve pined for… Read more »

“John Bolton was one of the dumbest people in government that I’ve had the ‘pleasure’ to work with. A sullen, dull and quiet guy, he added nothing to National Security except, ‘Gee, let’s go to war.’ Also, illegally released much Classified Information. A real dope!”
…..Trump.

Sounds like a lot of White Supremacy going on in DC among the neo-libcons. I realize they lost a lot of money during the Trump years, but really, Turkey? I wonder how the Europeans will like a new load of refugees? They’ll adjust, I guress.

A classic case of the snake starting to eat itself. All the easy targets have dried up so start a war on your own Allies. Problem is, the neocons will be facing the same very wrath in their own country very soon, a collapse on an epic scale is staring them in the face. Alex says the neocons wants a war to get them to where they want go by say around 2030. Alex, there won’t be a U.S by 2030, it will be balkanised itself, split into bits. What comes after who knows, but hopefully these sickos like Bolton,… Read more »

Last edited 17 days ago by Boz From Oz
0
Reply

Riven has always been the ”Neocon” Agenda. Why? As Alexander states, its an addiction.Yes and Its more than that. Power to the Neocons is, the need to control and modify the behavior of others against their will,( democracy is a tool used for this purpose) They need to do these things to stay relevant, and feel important by interfering in the lives of others. Take this power and the ability to interact away from them, and to paraphrase Orson Well’s remarks on King Lear; ”They would be nothing but ”Babbling Slippered Geriatrics” Irrelevant Pensioners just like Biden. They have always… Read more » 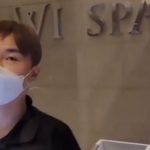 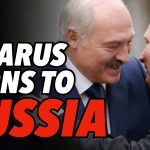