A video out of Seattle shows a mob of Black Lives Matter agitators harassing a homeowner and demanding that they give up their property in order to fix racism.

The clip shows a male demonstrator singling out one home and lecturing those inside about how they’re “living in a historically black neighborhood.”

He then accuses whites of buying land and homes from black people for below its market value and kicking out African-Americans.

Black Lives Matter mob demands White people move out of neighborhood and give their homes to black people. pic.twitter.com/K2ywb899zS

“Do you know that? Because if you don’t, now you fucking do, now do something about it,” he adds, to which another protester responds by saying, “Open your wallet!”

He then accuses the homeowners of being complicit in “racist gentrification” while demanding they do something to fix the problem.

A masked female BLM agitator with a bullhorn then continues the tirade.

“Give us your house, give black people back their homes, you’re sitting there comfortably…I used to live in this neighborhood and my family was pushed out and you’re sitting up there having a good time with your other white friends.”

“Now we’re bringing it to your front door, so what the fuck do you plan to do about it?” asks the male protester as the mob continues to harass the homeowner.

The video ends with the homeowner apparently turning the lights off in a bid to avoid any further escalation.

The seizure of white-owned property has long been a primary goal of the Black Lives Matter movement.

Back in 2017, BLM leader Chanelle Helm issued a list of demands, one of which was that white people will their property to black people in order to prove they’re not racist.

“White [people] if you don’t have any descendants, will your property to a Black or Brown family,” she wrote.

Here is a unique solution to Black home ownership — get a job and work hard to build up a good credit rating – If a down payment is an issue …… Join a branch of the military and use the GI bill.
The one thing you do NOT want to do is come to our town – 1st we are already 26% black and 2nd 90% are either active military or retired military – you will get killed and won’t even disturb our routine.

“Get a job… and work….” : how racist of you! Don’t you know these people are entitled to your property – – why should they work, if you’re going to give it to them?

Culture of Outrage
Reply to  Sean

You two are clueless. Best get rid of your televisions.

Then again, if your more educated upper-half of society
would stop hoarding all the land and wealth, you would
not have the blood guilt for the one billion least intelligent
poor now suffering starvation.

You personally give browns and blacks all of your money, your dwelling, your groceries, your car- if you even own or lease one- and voluntarily make yourself homeless.

LIAR
One who uses an illusion of good to hide his evil intent.

And so, as an illusion is something impossible to prove, as your slandering my good reputation is evil, for a fact you are a bold faced liar.

White [people] if you can afford to downsize give up the home you own to a Black or Brown family. Preferably a family from generational poverty.

Don’t worry, honky will pay that for them too.
But when they’ve got rid of whitey, who will all the blacks, sorry Blacks, and Israel leech off?

They might have to actually work, in that case.

Haha, my response is NSFT.

If they did, blacks would turn it into a drug infested ghetto within a year. Bunch of snot nosed filthy blackies running around the “hood” shooting each other, doing B-n-Es. Yeah I can see it clearly.

I see quite a few koolaid drinking whites in that group. Either Soros paid shills or privileged whites disgruntled with their empty privileged lives.

In regards to this article I told my daughter this morning that there’s going to be a civil war in this country at some point and it’s not going to be between whites and blacks but rather between those of us who want to live a normal life that we’ve worked for and those who want to destroy everything and make it into their handlers image.

Charlie's 'I Have a Dream' speech
Reply to  TravelAbout

Charlie Manson’s dream was to spark a civil war (sound familiar?). Then, once ‘blacky’ (sic) had grabbed the country but had no idea how to run it, he’d march in and declare himself emperor.

The fact that they did turn the inner city neighborhoods into slums and drug infested ghettoes is precisely what gave rise to gentrification: there is no other way to rebuild a slum than by putting money into it to rebuild the slum. That by necessity then increases the rents and home ownership costs. True many buildings were acquired under costs because so dilapidated or abandoned. The blacks could have bought them too but didn’t have the money. Since the blacks didn’t invest in their jobs to increase their incomes simultaneously, they were priced out of the inner city neighborhoods. That… Read more »

NEW LAW
Those with more wealth than needed for a comfortable life,
never shall they be allowed to condemn the poor. 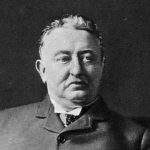