The UK is among the first nations that Joe Biden intends to visit when he becomes US president. In this we can see positive signals for further cooperation between the two countries. But how will this cooperation be in the current environment?

We have to understand that American democrats and Joe Biden in particular are not as radical as Donald Trump and his team. This means that Boris Johnson’s government should not expect revenge for its friendship with a Republican whose rule in the US ended in a desperate coup attempt. On the other hand, this does not mean that relations between Britain and the United States will take a positive turn.

The United Kingdom is now weakened by the COVID-19 pandemic and the consequences of Brexit. Contrary to the Conservatives’ ambitious plans, life outside the European Union is a struggle. It is possible that all this will strengthen Britain in the future, but for now it barely resembles a mighty empire. The cost of leaving its comfort zone is too high. A number of downsides follow.

London used to be a kind of relay point for Washington’s position in Brussels, and a very influential one at that. For obvious reasons, this point is now being abolished as a democratic US administration seeks to normalise relations with the European Union.

“Today we are in the so-called post-American era, with new rounds of confrontation ahead. We are seeing the activity of middle-weight players – such as Saudi Arabia, Turkey, Russia”, –  says Nigel Bowles of Oxford University. – “China poses serious and profound problems for the new White House team. Although the risk of war is quite low, the issue cannot be completely neglected.”

On this basis, it is conceivable that Britain could well become a military ally of the US. However, there is a problem here as well: The British army is in serious crisis.

According to the UK’s National Audit Office, the $251 billion allocated to equip the army between 2019 and 2029 is simply not enough to meet all military requirements. As a consequence, the Royal Navy may not be able to detect and destroy mines by 2030 because the budget does not include funds to upgrade the relevant equipment. The Air Force could be left without reconnaissance aircraft as the E-3 Centry aircraft will be scrapped by the end of next year, nine months before replacements are delivered. The situation is so critical that the army does not even have money to dispose of the nuclear reactors from the 20 submarines that have already been decommissioned.

Naturally, the economic crisis and the depreciation of the national currency are not conducive to a speedy resolution of defence issues. As a consequence, Britain’s value as a partner is diminishing.

At the same time, for Britain – especially for Boris Johnson – cooperation with the United States is essential. Of course, first and foremost, it is about economic cooperation. And here one cannot fail to mention the highly dubious trade deal that the countries may sign in the foreseeable future. Naturally, the agreement is being touted as a success story on Downing Street, but there is a lot of criticism that this is doubtful.

The concern is that poor quality American products will flood the British market. For example, US ham and bacon are treated with nitrites extracted from vegetables, which is banned in Europe because of the increased risk of bowel cancer.

“The American processed meat industry is acting like the big tobacco companies”, –  says Guillaume Coudre, author of Who Poisoned Your Bacon Sandwich? – “This obscures the truth about nitro meat and obscures the facts for their own commercial gain. They have been operating like this for decades. They have done this despite clear and incontrovertible evidence that nitro meat causes bowel cancer.”

Of course, London could have restricted the importation of such products while maintaining the previous high standards, but will not do so. Britain is in no position to bargain with the world’s first economy. It no longer makes sense here who occupies the White House. The US will exploit Britain because it can. Britain has nothing to counter it, and so the country’s leaders will make concessions with an important look of victory. Sad as it may be, the trade deal could become a symbol of US-British cooperation for a long time to come. At least until the United Kingdom squares its shoulders.

“We have to understand that American democrats and Joe Biden in particular are not as radical as Donald Trump and his team. This means that Boris Johnson’s government should not expect revenge for its friendship with a Republican whose rule in the US ended in a desperate coup attempt.” Not as radical? You are KIDDING! I smell the pungent whiff of Trump Derangement Syndrome, here. With respect to revenge, what the author seems blissfully unaware of is the vitriol issuing from AMERICAN leftists who seek to destroy the lives of anyone and everyone who supported Trump or is associated with… Read more »

Thankfully, the author won’t be involved with regulation of wine. Let’s not forget about the great sulfite controversy.

The Biden $1.5 billion deal with China was to provide money for Hunter and his China associates to buy American companies, strip them of technology and send proprietary production to CHINA and then bankrupt the company in debt and sell it off for scrap.

THIS IS TREASON…..just like Clintons did. Listen to joe and you can hear American jobs being flushed out of the USA……and the debt riddled hulk company that Bidens helped China acquire, gets sold as scrap metal.

Well Biden talks like the British so he should be at home with them. He will be able to listen to the state sponsored BBC who are twined with CNN for the un-truth. JOBama may just stay a while to take in the air in the land of milk and honey. Ah my forefathers would be proud that they died for this utopian land. 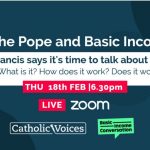