Mr Trump owes much of his political existence not just to Deplorables or hedge fund managers and casino billionaires like Sheldon Adelson or Rebekah Mercer, but to Israel as well.  Mr Trump must provide results for his donors, in part believing that such tribute will protect him going forward. But he has little time to lose in settling the score that his donors want settled, and we’ll explore a mix of foreign policy scenarios that may result going forward, where dynamics have rapidly changed.

The first sign of trouble appeared when the major media set public expectations for a US attack on Iran. ‘Leaked reports’ emerged that the president explored options for aggression early in November.  But, according to the media, the consequences were just “too dire” to consider, so the Iran attack was shelved.  However the US-Israeli-Saudi Axis has for many years hoped to sucker-punch Iran into war, and the pending US regime transition period presents an opportunity with plenty of precedent. Historic examples include CIA Operation Ajax.  Operation Cyclone.  The Bay of Pigs. Iran Contra. CIA’s Timber Sycamore, CIA Project Fubelt, etc etc.  Recall that Reagan gave free reign to George P Schultz to enable Israel’s aggression in southern Lebanon, especially at the end of Reagan’s second term.  That was under cover of the ‘Schultz Peace Plan’ which had no possibility to succeed.

Now giving Israel free reign in Syria and attempting to sucker-punch Iran into war by assassinating its top nuclear scientist is somewhat reminiscent of Reagan’s Iran policy at the end of his term, but with a difference. Reagan’s donors were not so entrenched, nor so wealthy, nor so powerful as Trump’s — or Biden’s. And the United States was not so politically beholden to Israel as it is now… not to mention the Saudi Kingdom.

The Fakhrizadeh assassination highlights a type of foreign policy blunder – if not war crime — typical of US mis-steps in the region, where even John Brennan has called the assassination a criminal act.  The Empire’s assassination has ended ‘peace talks’ between Israel and the Kingdom at least for now, and such toxic adventurism endangers US middle eastern foreign policy going forward. The assassination represents a major US foreign policy failure, and Jared Kushner is desperately attempting to revive the talks. But for the Crown Prince to publicly agree to normalization of relations with Israel now is exceedingly unlikely.

Meanwhile ongoing issues in Iraq, the US stealing oil in Syria, the Saudi war on Yemen, America’s endless war in Afghanistan, and the Israeli siege of Gaza are all coming to a head – the real head of the snake where the Evil Empire is concerned. And Mr Warfare State Biden will be in a real bind if Trump-Pompeo continue to poison the foreign policy well,  not just on Iran, but with China and Russia, too.

Likewise the fading Trump regime may wish to setup Democrats to fail, after Beltway neoliberals screamed for four years about Russian-state election meddling with constant diatribe about collusion. (Note how the major media’s Russophobia has largely vaporized since the Beltway Blob has its mouthpiece in office — or almost does.)

A greater pattern exists. For example, the much-touted Israeli ‘deal’ with the United Arab Emirates — where the UAE has been a weapons trader with Israel for many years as well as an illegal gold trader  — proves that ‘normalization’ of trade with Israel is simply a formality. The same applies to Sudan, whose caretaker government agreement entered into a baseless agreement with Israel via false pretenses.  The foregoing bodes poorly for Israeli peace with Arab nations, especially those that cannot be bought by the west.

Virtually unreported in the west, attacks on a tanker and Saudi oil terminal provide a window on how Iran may avenge the assassination of its scientist. Iran has options in Syria, Iraq, Afghanistan, and for further enrichment of its nuclear material.  So how will Biden’s Secretary-select Blinken respond to that? Especially supposing Mr Pompeo – a statecraft subversive run amok if ever there was one – may further poison the well.

Point being, the media euphoria about Biden’s America being back is a concept so bizarre as to be surreal. The very thought that common sense will suddenly prevail in a land that has lost its soul to greed and its geopolitical mind is not only misplaced, but delusional.  It’s a world where political assassination is accepted as the rule of law then whitewashed as ‘targeted killing’. We are further left with a matrix of unworkable foreign policy options to include murderous misadventures inspired by rogue states, not to mention a potential presidential cabinet that looks as bad or worse than the present.

For the west’s rulers to wield such an Old Testament sword to pre-emptively kill their perceived enemies places us all in great danger. Not by our wishes, but theirs.  The actions of our rulers have put the public in danger while the captured media cheers about Elite prowess to publicly assassinate civilians. Now Iran must learn what Saddam did not, and North Korea does:  if you really do possess nuclear weapons you won’t be attacked by the United States.

One can only conclude that this amorality, blundering, and chaos will continue.  This is not the first time Iran has been attacked by Israel, Saudi Arabia, and the west. Centrifuge explosions, theft of nuclear materials,  assassination of General Soleimani, and US regime support for MEK terrorists represent a systemic manifestation of State terror for which the perpetrators demand that there be no retaliation.  In other words, Iran is given no other option by the west to defend itself, other than to wage war or engage in retaliatory violence.  Pushing Iran to war does not reflect on any failing with regard to Iran, only illustrates the murderous intent that drives the Blob and its apparatchiks, and the Warfare State.

As previously examined in Anarchy in the USSA we are all in for a very rough ride. Not by our failings, but by those of our ‘leaders’ and the captured media we have allowed to program us, to manipulate our thoughts, and beliefs.

The Biden team are Obama’s rogues gallery of killers and corporatists,God help us,its quite sickening ):

Biden euphoria’s over. Next on the DNC’s agenda; Biden’s euthanasia. 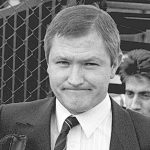 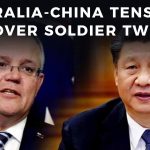