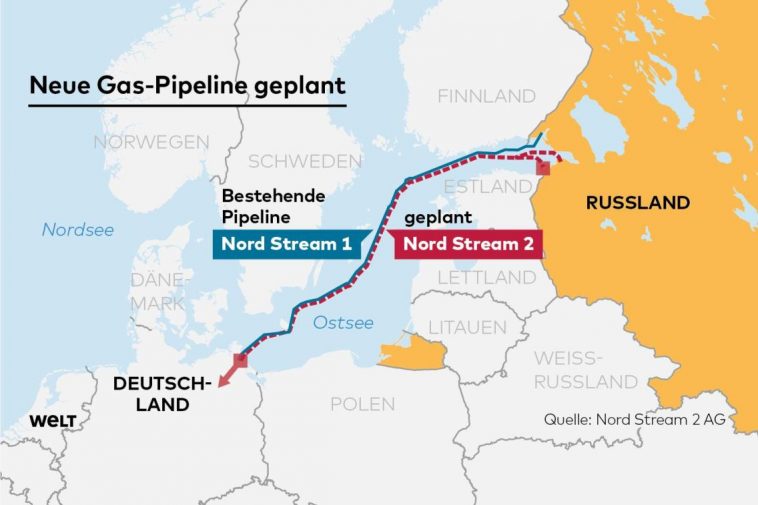 Although the U.S. can threaten Germany, now during the American election campaign, threats cannot prevent the construction of the Nord Stream 2 gas pipeline between Russia and Germany. It is interesting to observe how for the first time this century Berlin is resisting demands made by Washington.

After the U.S. State Department included the Nord Stream 2 gas pipeline as a project that could be sanctioned, the Minister-President of the German Province of Mecklenburg-Vorpommern, Manuela Schwesig, said that Europe should make it clear to the U.S. that threats of sanctions are unacceptable. Earlier, the German Bundestag announced that due to the American threat of sanctions, they are considering the possibility of filing lawsuits with various courts and also address the United Nations, because it is a threat to a sovereign state and a violation of its rights. The American threat does not refer only to the companies, but also to the government institutions that approved the realization of the project.

It is clear that Schwesig in her comments was acting as a spokesperson for German Chancellor Angela Merkel and sent a clear message to Washington. It is obvious that Washington is accustomed to Europe unconditionally satisfying their interests and meeting every request and pressure they demand. The situation in international relations in the post-Cold War era, with the strengthening of multipolarity, has changed significantly. This is evident since the U.S. is now threatening allies if their interests do not perfectly align. Germany has a clear interest in completing Nord Stream 2 – it will provide an energy hungry Germany with energy stability.

Although Washington-Berlin relations may be tense, because of the election campaign, the U.S. is unlikely willing to go so far as sanctioning a so-called ally state. The scope of American pressure on Germany will be limited and it cannot be expected that the Democratic-Liberal bloc will in anyway support any intentions of U.S. President Donald Trump on foreign policy issues, including Nord Stream 2.

Given that the election campaign is underway, the range of its pressure on Germany is limited and Nord Stream 2 will certainly be completed. The project has already been delayed to some extent because some companies withdrew from the job of laying pipes due to financial threats, so Russia organized other pipelayers there to ensure its completion. In a more serious political sense, apart from punishing companies that participate in the construction of the Nord Stream 2, Washington will not be able to take any other effective measures to disrupt construction.

Berlin will certainly not be willing to give up on the project that it has already invested €10 billion so far, especially now that it is in the final phase as the pipelines to be laid is on a stretch of less than 200 kilometers on a route that is more than a thousand kilometers long. The German economy is very dependent on Russian gas and energy, which cannot be replaced in its entirety with very expensive American liquefied gas.

Germany is starting to show resistance that it has not shown so organized this century so far, and it is trying to encourage other Europeans to stand up against American threats of sanctions. Some companies have already left Nord Stream 2 because they believe that as the project is nearing completion, if they do not give it up, they will lose contracts on the American market in the long run. Germany wants to bring this issue before the United Nations Security Council, but it is a path that does not bring much hope for them as the U.S. has the right to veto. However, it is interesting as this is the first time that some kind of tougher resistance against the U.S. is shown.

Germany could impose more rigorous sanctions on American products that are in the European market, but that is a major risk as Germany largely depends on the American market, which is the most important one for it after China.

Therefore, the Nord Stream 2 gas pipeline is an important and expensive project for Germany, not only in the economic sense, but also in the political one. Germany is trying to make some kind of compromise, but the question on who will soon be in the White House will depend on how to move forward in Berlin-Washington relations. Germany surrendering Nord Stream 2 would not only be a huge loss of money invested, but its economy would not be able to compensate for the amount of energy it needs. It is for this reason that Germany is willing to risk sanctions from the U.S. and does not question scrapping the Nord Stream 2 project.

…all very nice, still the future dependence from Russian gas is highly risky and can have desastrous consequences!…with the present Russian ruler, everything is possible and Germany can pay a very high price!…better for the Germans to find all other possible Gas interconections to avoid a bad surprise!…

You PRAT!, Russia has never reneged on any of it’s contracts to supply gas to EU country’s.I would suggest you do some reading and educate yourself before you dig your hole any deeper.

Silly Tim, I was calling that jp troll a silly propagandist. I know very well the truth of what you spoke. Try reading the (reply to…..) next time.

Germany will always be dependent on someone for its energy needs. US wants Germany to pay the higher price NOW by buying US gas, and become their dependent. Other options will always available to Germany, so for now this is certainly the better deal. Especially since Russia has always been a reliable contract partner for German energy needs and the US hasn’t had a particularly stellar reliability performance. You don’t seem to know that Germany has been dependent on Russian gas for a long time. The fact that this pipeline is called Nordstream 2 should be an indicator.

Troll!! Yes?
Dude, do you realize that President Putin is the world’s greatest statesman over the past, say, 500 years or so?

VP is the Michael “Air” Jordan of leadership & statesmanship. And rarely do I put anybody in MJ’s shoes, well, because of this —>>

Truth to Crap
Reply to  jpthiran

But whatever gas is cut from NS2 will instead just go through Ukraine, with even greater risk of instability, so why shouldn’t anyone consider you to be just another serial shithead?

Don’t forget, NATO’s manifesto dictates its purpose to be to keep the Americans in the driver’s seat, Germany down and Russia out.

I do believe that was the whole point of creating NATO – a legalised terrorist organisation.

Well, in those early days it might have made sense. But times change, the world moves on and yet NATO stands still (while expanding, a neat trick). It’s just a very old dog that can’t learn new tricks.

It’s fascinating how gatekeeping works. The Ukrainians or Poles or Pompey himself could dream up any sanctions or bogus lawsuits they like and then seize Russian gas as it transits Ukraine, then sell it to Europe and collect the proceeds. Much like grabbing Syria’s oil. The Mafia has much to learn from that bunch.

You really have no idea what you’re writing about. I would stick to websites where your prejudice and ignorance will be shared by others. If you’re being paid to troll, more fool you. Are you aware that at the height of the Cold War Russia was supplying western Europe with gas without interruption? It’s in both countries’ interests. Russia wants good relations with the West and will never be in a position to dictate to a powerful country like Germany.

Russia wants to trade with Germany. It is no threat to Germany at all. This is what USA and Nato are telling people, but it is far from the truth.

I would not be surprised if the current Navalny situation is instrumentalized in the Nordstream2 dealings. Curious that Germany would send a plane with a team of doctors and so quickly.

More to do with Belarus I think but yeh, NS2 & Germany too. It’s a twoferoner deal.

This would be Merkel’s doing. She’s as slippery as they come, trying to be all things to all people. On Nordstream, she has no option as German industry simply would not stand for being forced to buy expensive American LNG

It’s not even that. Germany’s industrial lifeblood is at stake. It can’t compete in gas-hungry industries sans gas competitive pricing (and there are many) with China and it knows that German industry will just keep moving operations abroad, to Russia and China both, seeking competitive advantage, or at least parity. Look at BASF operations worldwide, just as a teaser.

You can’t get blood out of a stone but you can get gas out of a rock and it’s good to the last drop, until there’s no more. It’s America’s oil&gas swan song. It’ll last as long as it lasts but Germany would be totally bonkers not to set the stage with resource rich (& no talent slouch either) Russia for long term survival of its industries. A China/Russia juggernaut gathering steam scares the hell out of the western status quo. Some know they need to buy their tickets early. The Brits could have made a similar path but they’re… Read more » 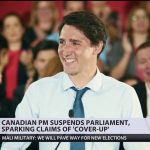 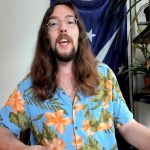 wpDiscuz
18
0
Would love your thoughts, please comment.x
()
x
| Reply
Send this to a friend
We use cookies to ensure that we give you the best experience on our website. If you continue to use this site we will assume that you are happy with it.Ok