According to the joint communiqué signed by the Baltic States’ defence ministers on May 24, “the threat picture has become more complicated due to Russia’s unpredictable and opportunistic behaviour.”

Once again they underlined the importance of the sustainable development of defence capabilities and ensuring deterrence, the importance of transatlantic relations, and the need for the presence of Allied NATO forces in the Baltic States.

The reason of the defence ministers’ new statement is not new at all. It is highly probable, they try once again to take advantage of the upcoming event – the large-scale joint Russian-Belarusian training exercise Zapad-2021. Showing their “concern” the Baltic States declared, for example, that they “decided today to start a more detailed analysis and preparatory work for the joint procurement of a multiple launch rocket system,” said Kalle Laanet.

So, the ministers of defence want to kill two birds with one stone by expressing their concern. On the one hand, they try to persuade local population that they take care of people and on the other hand, they want to get more foreign weapons and military equipment cheaper and faster.

Their “concern” looks even more silly against the background of the Russian defence minister’s statement made on May 30.

In reality it is hard to call Russia unpredictable and not transparent. Sergei Shoigu on Monday gave comprehensive information about the upcoming military exercise which raises questions from the Baltic States.

He said that “the maneuvers are planned, carried out by decision of the presidents of Belarus and Russia, and are exclusively defensive in nature.”

Shoigu stressed that the military partners will be informed about the parameters of the exercise within the time-frames established by international treaties, and the event itself will be able to be visited by international observers and journalists.

The Russian-Belarusian exercise Zapad-2021 planned to be held from 10 to 16 September at the training grounds in Belarus and in the Western Military District of Russia (in Kaliningrad region, Pskov region, Leningrad region, Moscow region, Novgorod region, Vologda region, Arkhangelsk region and Murmansk region, as well as in the Republic of Komi, in the Republic of Karelia, and also on the Northern archipelago).

Defence minister Sergei Shoigu also informed that the preparation of the joint strategic exercise Zapad 2021 has entered an active phase and “a number of command and staff trainings have already been conducted with the involvement of staff of various levels.” According to him, since June, the defence ministries of Russia and Belarus are starting “to perform a set of tasks within the framework of special forces’ joint exercise.”

It should be admitted that the two participant countries do not try to hide the information about the upcoming event and show their will to be transparent. In response the Baltic countries only show disrespect and continue to blame Russia and Belarus of hostile intentions. Though the NATO military exercises on the territories of the Baltic States are frequently held and are far from being defensive in nature.

…the Russian propaganda is always around the corner!…threatening all their neighbors and saying that they are the one’s that are being threatened!…no wonder why everybody want’s distance from this sinister Russian bullying neighbor!…

Here’s a guy who thinks that the Baltics are soooo important. They’re not. Nobody’s interested in these puny little US military outposts. The Baltics are bleeding people at an alarming rate who can’t leave soon enough. I think it is called voting with their feet. The only people to be left will be pensioners, children and paid idiots like the above writer who thinks these dying shit-holes are of no interest to anyone.

Baltic vassal states are so insignificant that Russians are not even paying any attention to it. Both US and Baltic states know one thing: if one (1) bullet was shut from their soil, they would cease to exist in split second. More importantly, their big brother would not move their finger to protect them.

…DLK – excellent answer that shows what Russia as to offer, that is brutality, violence, poverty and death!…that why all other East European states hate Russia and wants EU to cut relations with this failed state!…you couldn’t put it better!…

Give him the benefit of the doubt, Dave. JP could be independently stupid.

You, sir, should read the real history of Europe and Eurasia. Your problem IMO is you do not even know the difference between Russia and the Soviet Union. Russia is an independent country which is no threat to anybody on this planet. The problem the West have with Russia is that Russians are just going their way and doing their thing. Unacceptable for the corrupt West and the Banksters. And here is their real problem. The West/Banksters have the opinion all the rich resources that Russia has belongs to the West they think, it is their right to steal the… Read more » 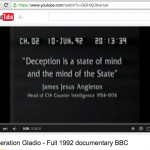 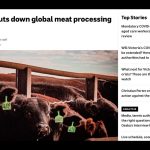