Bahrain will normalize relations with the State of Israel. This was announced on Friday, September 11th, and here, we can see and hear President Trump discussing it.

Only four weeks ago, the United Arab Emirates normalized their relations with the Jewish state. The UAE event and the more recent normalization of relations between formerly warring Serbia and Kosovo have inspired two nominations for the awarding of the Nobel Peace Prize to the American President.

There is a possible strategy unfolding here.

Bahrain and the UAE are Muslim kingdoms, essentially. Both have significant complaints on their human-rights records. But both are also not expressly “Muslim theocracies” in the way that Saudi Arabia and Iran are, but they are economically successful states, suggesting that there is a bit more civilized activity taking place than in other Muslim states who are still breathing murderous threats against Israel.

According to Wikipedia, Israel enjoys diplomatic relations with 162 of the other 192 member states of the United Nations. The countries that do not have relations mostly comprise Muslim states across Northern and Eastern Africa and the Middle East. However Egypt and Jordan have full relations with the Israeli government.

What we may be seeing is the development of a strategy to build support across the Muslim world for normalizing relations with Israel based on a combination of economically successful and reasonably secular emirates recognizing the Jewish State. There are several such states in the Middle East: Qatar, Kuwait, Morocco, Tunisia; and several states across the world such as Cuba, Bangladesh, Venezuela, and non-UN member Taiwan (Republic of China) among whom we might see the next moves.

President Trump appears to believe that this gradual process of acceptance and normalization of relations with successful Muslim nations will increase pressure on those groups and nations who are still hostile towards Israel to cast aside that hostility in return for peace and prosperity. This is a pretty simple plan, if true.

There is certainly much controversy over Israel, certainly among stalwarts of the Palestinian groups who have a rightful beef with the Zionists for taking their homes and lands. No doubt this news will anger many of these people, and in fact, one speculation is some sort of renewed attack against Israel or maybe even a terrorist act in Bahrain to “warn” against normalization.

Another controversial viewpoint about this is likely to be shared among a segment of the Christian population that by doing things like moving the US Embassy to Israel to Jerusalem and these new peace agreements, President Trump is moving us along towards the Apocalypse by establishing Israel as a major power player in the world, in effect, this is the prelude to the coming of Antichrist.

History will tell. However, the possibility nevertheless exists that neither of these opposing groups are hitting the right themes. This move may simply be the sign of nations coming of age and realizing that peace and competition work far more constructively than war, and Israel has been around since 1948. It is now 2020, 72 years later. At some point it would seem that the grudges have to end.

My own personal view is a bit skeptical; I am against war, but I am concerned that the Christian Palestinians would find themselves on the garbage end of these deals. The two nations that could help make a difference with that if they also made peace would be Syria and Lebanon, with their still substantial and ancient Christian populations. But we will have to wait and see. 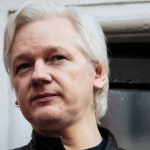 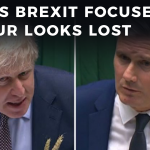