Sometimes it does not take long to debunk fake news. This was such a case, but the fact remains: the White House had to move to counter this story. While they were adept at doing so, and while the NAMED sources, particularly John Bolton, a man not exactly well-disposed towards President Trump, took apart The Atlantic’s fake narrative easily, the fact remains that for those who prefer to believe that Donald Trump is a foul and horrible man, they will not let go of The Atlantic’s claims and will insist they are true.

Oddly enough, The Atlantic itself published a piece showing this. Entitled “The Grim Conclusions of the Largest-Ever Study of Fake News”, the subtitle claim scores the point:

Falsehoods almost always beat out the truth on Twitter, penetrating further, faster, and deeper into the social network than accurate information.

The magazine put this to the test with their fake news story about President Trump speaking most disrespectfully about American soldiers laid to rest in WWII cemeteries in France and Normandy.

“My mind is made up; do not try and confuse me with the facts.”

This is very sad when silly season slander ramps up like this, and 2020 promises to be the craziest we have seen in modern history, and possibly, in all of American election history.

This is why I consider every person first to be an asshole before proven different! Fake and fake news are everywhere, don’t know why humans are so weak and “lustfull” recipients for all the crap which is preading uncontrolled round the globe! Probably because most of them are not so far since they cam down from the trees!

I’m working through ‘gofundme’ on developing an ‘infected by bullshit detector’ that a person can carry in their shirt pocket, like a pocket protector, so that they can decide who they wish to engage in conversation. If you like the idea, please consider funding me. It would be my small contribution to keeping America safe from itself.

Sincere apologies to The Duran if I was not supposed to quote a link!

I quote missing links all the time here. Sometimes they’re Democrats and sometimes Republicans. It reminds me of my many trips to NYC’s Museum of Natural History in my youth.

I hope you have photos to remember it by before the WOKE crowd burns it down, like the one in the UK.

Quote: ‘Kayleigh McEnany and others took care of this pack of lies in short order, but the damage caused by spreading slander remains.’
Oh, jeez, this is just a ‘dog bites man’ story. How many times in the recent past have exaggerations, untruths, fabrications, speculation and innuendo been passed off in western media as cold, hard fact? Frankly, I don’t think I could count that high in an hour.

It is western media’s modus operandi and it is written in stone, or on their foreheads which is pretty much the same thing.. 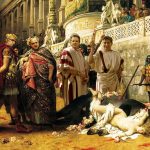 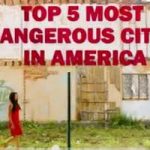