Over the weekend I asked whether Donald Trump had risen to the level of Grey Champion. A few days later Trump takes to Twitter and puts a big line item in his resume. 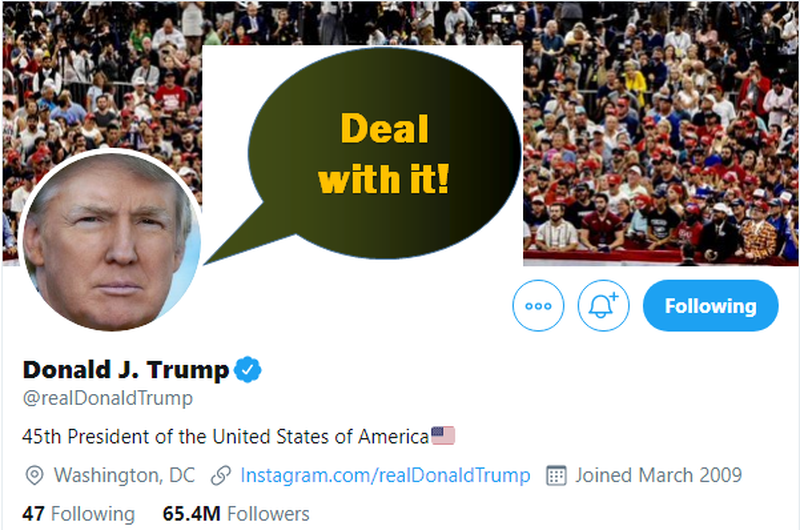 There have been signs of change coming since Trump rightly refused to go to war with Iran over their shooting down an unmanned U.S. drone.

Starting with a major shake up of his cabinet by firing National Security Director John Bolton to his tepid response to the Houthi attack on the Saudi Aramco Abqaiq facility, Trump has sought to defuse a situation that had flown way to close to the sun and threatened to burn millions.

These five tweets taken in context of the past few days, however, blow the lid off a number of narratives as well as ongoing operations.

The United States was supposed to be in Syria for 30 days, that was many years ago. We stayed and got deeper and deeper into battle with no aim in sight. When I arrived in Washington, ISIS was running rampant in the area. We quickly defeated 100% of the ISIS Caliphate,…..

…..again said “NO,” thinking, as usual, that the U.S. is always the “sucker,” on NATO, on Trade, on everything. The Kurds fought with us, but were paid massive amounts of money and equipment to do so. They have been fighting Turkey for decades. I held off this fight for….

…figure the situation out, and what they want to do with the captured ISIS fighters in their “neighborhood.” They all hate ISIS, have been enemies for years. We are 7000 miles away and will crush ISIS again if they come anywhere near us!

I posted his thread in its entirety because it’s that important.

By focusing on the ISIS angle of what’s wrong with our Syria policy, Trump is keeping things simple, telling Americans what they need to know about why some of the troops in Syria are coming home.

He may be playing fast and loose with the nuance here but Twitter isn’t the platform for nuance.

Why do these tweets change everything?

Because it signals that Trump is…

I could add a lot more to that list. A. Lot. More. Because in context of the last few days these five tweets are a bombshell which blows open the possibilities of a much different future foreign policy from the U.S. if Trump survives this ridiculous push to impeach him.

Trump didn’t do this as a response to impeachment proceedings in the House. If anything he’s daring them to impeach him before he tears down their plans.

These tweets could be seen coming for weeks. The collapse of Benjamin Netanyahu in Israel undermines most of the reasons for the U.S. staying in Syria in the first place.

With Netanyahu fighting for his political and social life, Trump had to see it was time to cut bait, because he’d already over fished that river. Israeli politics could be frozen for a lot longer than the next couple of weeks.

In fact, no less than two articles in Haaretz this weekend confirm that Israel knows that 1) Saudi Arabia has to sue for peace with Iran and the Houthis and 2) that Trump will not come to their rescue.

Netanyahu made the mistake of thinking that Trump’s love of Israel outweighed that of the U.S. That was a bad bet. Whatever Trump’s faults are, he’s a patriot.

Trump was more than willing to go along with Israel’s wants if it meant the benefits to the U.S. were worth it.

Trump wanted the world safe from ISIS and Iran. The former was easy, stay out of Russia’s and Iraq’s way, let them clean things up. The latter was never achievable.

Because it was always going to come down to war or no war. Netanyahu et.al. always thought they could manipulate Trump the Rube into a war on their behalf when the time came.

They didn’t. They’re pissed. They are coming after him. And he’s bailing on them for the good of the U.S. and, frankly, the world.

Iran/Russia/China always knew where the bluff would be called. They played the game out to the bitter end. And Trump walked away from the Abyss, smartly. There is no other policy at this point than reversing course and letting the instigators, Saudi Arabia, Israel, Europe and former U.S. administrations figure it out for themselves.

Trump is not neutered by this impeachment, if anything it is emboldening him.

Because he has nothing to lose and everything to gain here. His fundraising doesn’t need Sheldon Adelson or AIPAC, it’s off the charts good and pulling out of Syria will only boost his approval ratings.

If he beats the impeachment he gets to go after his accusers without reservation and finally do what he promised as a candidate. If he doesn’t he’s done anyway.

Playing the impeachment card was the wrong move. It removed all of Trump’s shackles. It said there was no more room for deals. Now, it’s war.

And that makes things a lot simpler.

The truth is the attacks in Saudi Arabia by the Houthis now have people overtly wondering if the House of Saud will last another year. It’s not likely.

And Trump realizes, as proven by these five tweets, that U.S. presence there precludes solving the region’s problems. We are the reason these people who hate each other don’t work out their differences.

Iran and the Houthis will step up their game against the Saudis unless they back down. Trump pulling out of Syria makes it clear he doesn’t have their backs anymore.

The message is clear, “Get started folks.”

Maintaining an untenable presence in Syria, pushing Iran, Iraq and Lebanon financially to their breaking point, and doubling down on support of Saudi Crown Prince Mohammed bin Salman after l’affair Kashoggi and the War in Yemen while upping sanctions on Russia and starting a trade war with China were all mistakes.

They would do nothing but unite the U.S.’s opposition in defiance to fight an asymmetric, hybrid war of attrition. They would have no other choice. Trump named the names of those that need to sort the Middle East out, they are all there, except Israel.

But this is all about Israel.

And their apologists wasted zero time taking to the airwaves and the Twitterverse to howl at the unfairness of it all. Ye gods even Nikki Haley came out from behind the counter at Waffle House to complain about it.

They know that if Trump survives the next few weeks Israel will be the policy-takers here not the policy-makers.

Moreover, Trump finally put the world on notice that the Brzezinski/Wolfowitz Doctrine is dead while he’s in the White House. Sowing chaos so no one can control The Heartland is not his job.

The focus will be on how we are abandoning the Kurds. They’ll play the humanitarian angle to the hilt because they have nothing else. But the YPG was offered protection by the Assad government multiple times over the past two years and they willingly hitched their wagon to the U.S., knowing full well that Trump wasn’t on board with this plan.

And Putin pulls the strings on Erdogan. Putin wants ISIS destroyed more than Trump, because the whole point of the Syria Operation was to give them a country and then point them at Russia.

Given these five tweets and the implications for them among the people most exposed to what comes next, what I said recently about the coup against him being real is looking prophetic now.

The question is still whether there are around fifteen people in the Senate that can be convinced to get rid of him. The first five are already signed up – Graham, Rubio, Romney, Collins, Murkowski.

If Trump is expecting to be impeached and convicted he certainly isn’t acting like it. As I said over the weekend, he’s too much of a street-fighter and troll to go quietly.

Moreover, he wouldn’t have Secretary of State Mike Pompeo in Greece setting up alternate supply lines to the Balkans preparing for a post-Turkey NATO if he wasn’t in charge.

Regardless of whether he survives this or not Donald Trump just threw down a gauntlet that finally blows open the hypocrisy of U.S. Middle East policy.

And I don’t think the genie goes back in this bottle.

Join my Patreon if you want exclusive commentary first and actionable information on how markets react to these events. Install Brave if you want to free yourself from getting tracked around the internet while supporting the creators who bring you value

Here are some interesting recent comments from Russia’s Minister of Defence Sergei Shoigu regarding Russia’s military, America’s spending on its military and the world’s last war:

While Washington loves to point the finger at Russia for its alleged interference in the affairs of both Georgia and the Ukraine, Russia’s Minster of Defense notes that the massive military budget of the United States is used to fuel disastrous conflicts around the world, all in the name of “bringing democracy” to nations like Iraq, Afghanistan and Libya where the United States has spearheaded nation rebuilding exercises.

It is hard to buy what Luongo reports in this article because of Trump’s own actions. He DID hire Pompeo, Bolton and now O’Brien, all of them war mongers. But there is always hope that the bull in the china shop will just walk out.

Well his tweets are fine, until Israel false flags itself to ensure they still have a goyim military to play with. Never forget Israel and its world class state of the art deception.

Turkey and Iran. How will they get along? Reason for cooperation or competition. Did Turkey desert the Saudi Israel combo for Russian/ Iranian benefit?

For a start, it is an impeachment INQUIRY, NOT “preceedings”. It takes a FULL House vote to lauch impeachment PROCEEDINGS. Don’t be blinded by the bullshit. Also, “tweets” aren’t reality, just bloviation and bullshit. ACTIONS are required, not words.

One million thumbs UP for this piece, Tom ♥