COPS ‘WARNED’ Nashville bombing: Anthony Quinn Warner was reported to police for ‘making bombs in RV parked at his home’ in 2019

THE man believed to be behind the Nashville explosion was previously reported to police for making bombs in his RV, The US Sun has learned. Agents investigating suspected suicide bomber Anthony Quinn Warner received a call from an individual who raised the alarm back in August 2019.

It’s too bad [Warner] didn’t think to go up to Pratt House.

Trump/Biden....Two faces of a plugged nickel
Reply to  St. Longinus

If he’d gone up to the Chinese Embassy, Trump would’ve pardoned him.

And the gun? All those shots? Did they find a gun in the wreckage? Or was someone else present?

Steve Brown
Reply to  Helen B

Still don’t understand why CNN insists that the song “Downtown” was played seconds before the blast?? Re the actual audio released — approx 1 minute before the blast — no song was played. https://twitter.com/newsypaperz/status/1342662937136263169 So why would CNN promote such a false narrative? And CNN does much click-baiting without providing any audio to substantiate their claim that the song was played. Such CNN distractions/diversions from reality… why? 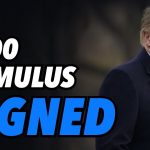 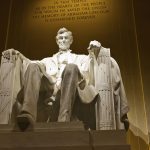