When the senior Labour politician Angela Rayner called Boris Johnson and his inner circle scum at last month’s Labour Party conference, she generated a certain amount of controversy. Blowback was limited because these remarks were made at a fringe meeting, and because she has a track record for this sort of thing. Last October she made a similar remark in a near empty House Of Commons debating chamber, at least that is what the Conservative MP Christopher Clarkson appears to have heard. Judge for yourself from this clip; Rayner was rebuked by the Speaker at any rate.

Whatever, her latest outburst led to another Conservative MP, Dehenna Davison, sporting a blue badge emblazoned with the legend TORY SCUM.

According to Mrs Rayner, Boris Johnson is “homophobic, misogynistic, absolutely vile”. And don’t forget racist. It has been suggested she was under the influence of alcohol when she made these remarks, but as that Pliny dude said back in the First Century AD: “In vino veritas”.

The lady herself has a different explanation; last week at the unveiling of a statue of Barbara Castle, she credited that senior Labour Party member as an inspiration, but what she doesn’t appear to realise is that homophobic, misogynistic and racist are all insults that were once used to describe not Eton-educated Tories like Boris Johnson but ordinary British working men.

Writing in The Manufacture Of Madness, Thomas Szasz pointed out: “In 1970, homosexuality was an illness so dangerous to the commonweal that the U.S. Immigration and Naturalization Service was charged with excluding homosexuals from entering the country…Today, homosexuality is a normal life style; disapproving of it is a mental illness called ‘homophobia’”.

While most ordinary people, of both sexes, regarded male homosexuality as disgusting, they were prepared to live and let live, but homosexuality is still illegal in many African and Islamic countries. African politicians in particular are quite outspoken against it. In Britain and the West, the vast majority are now even more tolerant of it, but ordinary working people especially object to the “in your face” attitude of the homosexual lobby, and more so to the indoctrination of the young with the belief that all perverted sex is normal.

Regarding misogyny, Boris Johnson has been married twice and has bedded Heaven knows how many women, which tends to indicate that he doesn’t hate them all. If Angela Rayner sees misogyny everywhere, the cause is probably closer to home, like in her bathroom mirror.

As for racist, how many times must we hear that word? Again, since especially the 1960s and with the 1972 Ugandan Asian crisis, Britain has been flooded with unassimilable immigrants. Today, native (white) Britons are a minority in many places. Ordinary people had no say in this, so why shouldn’t they resent it? Such resentment isn’t restricted to Britain, or to whites. There are for example tens of thousands of Americans living and working in China. Foreigners from all over the place are welcome in China. As foreigners. But citizenship is rarely granted to them, and as one such foreigner was told by a native, even if you can speak and read our language fluently, “You will never be Chinese”.

Angela Rayner should bear all that in mind before she opens her big mouth to insult a Tory like Boris Johnson, or anyone else.

Raynor’s insult is an veiled expression of acute disatisfaction with her incipid leader and who he is beholden to. Good for her, but she will never prevail; that Party is over. As for you, some of these views are the definition of unapolgetic racism; just come straight out with it, it is your core POV? The Ugandan Asians were not illegal; they had passport rights. You only despise them because they are different TO YOU but this country which you think you can speak for with some kind of inherent monopoly, has been a mixture of incoming cultures since at… Read more »

I never said the Ugandan Asians were illegal. I said Britain – and other once overwhelmingly white nations – have now been opened up to everyone against the will of their people. China does not allow this, why should we?

tory scum ? try looking at your Labour party, quite a tide around the bath, I voted Labour all my voting life, even when Blair war criminal led it. You have even got front liners calling for more weapons to Israel so they can kill more innocent civilians, and now SIR has taken over, so it’s good bye to any chance of the party acting on behalf of working people. Sinking ship methinks.

Great post waine. Labour has lost it’s roots and has taken up with some nefarious leaders. Blair, Brown and now that Sir kneebender who described Corbyn as anti-Semitic
when all he did was stand up for the rights of the occupied downtrodden Palestinians. Sir kneebender has surrounded himself with the dubious Blair babes. Those Labour idiots think that the Corbynites have gone away. They will never ask themselves why they are now unelectable even though their opposition is a bunch of smirking toffs and their blue rinse followers. 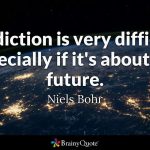