November 29, 2021, on a cold wet winters night in Belfast, victims and survivors of troubles related atrocities met at Belfast Queen’s University Peter Froggatt Centre, to hold a public meeting entitled ‘No To Amnesty.

Speaker after speaker condemned the proposal of Boris Johnson and the conservative government to introduce amnesty type legislation, which would prevent any future prosecutions, judicial inquests or civil actions taken against those who were involved in the violence in N Ireland to include murder, bombings and disputed British army killings prior to the signing of the 1998 Good Friday Agreement.

Brandon Lewis, current Secretary of State for Northern Ireland, Boris Johnson and the conservative government have a majority of 80 MP’s in the House of Commons, and it is envisioned they will try in late 2021 early 2022 to bring legislation before Parliament to basically allow what one of the panellists described as an ‘Amnesty for murder’.

Those in power at Westminster are advising the British public, the people of the United Kingdom, Europe, and the globe, that the only way to deal with the legacy issues created from the political violence which erupted in Northern Ireland in 1969 and mostly came to an end 1998 with the signing of the Good Friday Agreement, is to have ‘no prosecutions’, in the words of Boris Johnson to ‘draw a line in the sand’ and for the people here to ‘move on.

Raymond McCord senior whose son Raymond McCord junior was murdered by the Ulster Volunteer Force, had been a member of the Royal British Air Force before he was brutally beaten to death during a savage attack, having been lured to his death to a disused quarry in Ballyduff, Netwonwabbey just outside Belfast, in November 1997.It is believed his murder may have been ordered by a senior commander in the UVF who at that time was a paid police informer.

Mr McCord addressed the audience and asserted his claim that it is not an amnesty for the guilty that is required by the people off the north of Ireland, but full judicial investigative prosecutions. Where evidence is gathered sufficient for prosecution, the guilty including the members of the Ulster Volunteer Force who murdered his son should be brought before the civil courts and judged accordingly.

Many of the speakers asserted that the British government had been involved in a bloody war in the North of Ireland using human assets, Informers, highly placed and highly paid individuals within paramilitary organisations to carry out acts of murder and bombing. Protecting these perpetrators in order to keep secret the state’s involvement. A pattern of behaviour that continues to this day.

The daughter of a Roman Catholic police officer, Sgt Joseph Campbell a father of eight who was murdered while on duty at his police station in Cushendall on the County Antrim coastline in 1977, claims that those involved in her father’s murder were members of the Glenanne Gang, a group of men some in the Ulster Defence Regiment, (British Army), some in the service of the police ( Royal Ulster Constabulary) and others, murdered her father with collusion from senior police officers who knew her father personally and were involved in the instigation and orchestration of his assassination.

The Glenanne gang are believed to be responsible for up to 120 murders, nearly all of whom were Catholic Irish Nationalists.

The Omagh bomb carried out by Republicans produced the biggest single loss of life during the violent conflict in the north of Ireland. It is claimed the deaths could have been prevented as the security forces had prior knowledge of the intended paramilitary operation, one of the relatives who lost his son informed the audience.

Eugene McGreevey spoke of how his three brothers were brutally murdered at home by UVF assassins. John Martin 24, Brian 22, and Anthony 17 were helpless after the assailant’s sledgehammered their way into the family home.

A little later as Eugene, his mother and others were having her son’s and his murdered brothers removed from the family home and the injured taken to the hospital with the dead being taken to the morgue, they were stopped by a British army checkpoint. Eugene’s mother who had just lost to her three sons was assaulted and abused by the British Army soldiers present, and blood-soaked clothes that were in bags were emptied onto the road danced upon by the Soldiers.

We heard witness testimony from those who could recall the White Rock/ Ballymurphy massacre in Belfast when British Army paratroopers murdered 11 innocent people including a Roman Catholic priest, all unarmed people, during the introduction of internment without trial on the 9th of August 1971.

The son of a murder victim of the Sean Graham bookmakers Massacre on the Ormeau Road in Belfast 5 February 1992, recalled how 5 men died and 9 were injured, all Catholics, when loyalist paramilitaries, the Ulster Defence Association went into the bookmakers with the intention of murdering everyone there.

A son of one of those murdered was refused entry to the bookmakers along with family, friends, relatives and neighbours of those who had been shot. British soldiers in civilian clothes prevented their access while other British soldiers also in civilian clothes removed the spent bullet casings thereby perverting the course of justice and possibly preventing the identification of those involved in the murders.

Kate Nash told us how her brother William 19, had been murdered on the 30th of January 1972 when he attended a civil rights march in Derry calling for an end to internment without trial.13 people were murdered that day and another victim would succumb to his wounds several months later. All 14 were shot and murdered by the British parachute regiment under the command of Colonel Mike Jackson.

Speaker after speaker condemned the British government and accused the British government of a cover-up of war crimes. A cover-up of state collusion with paramilitary murderers and they went on to claim the amnesty is not designed to help people move on but is, in fact, an attempt to bury the past along with the dead and to forever keep secret the strength and depth of state involvement in some of the 3600 deaths and tens of thousands of injuries that occurred in Northern Ireland between 1969 and 1998.

All those panellists in unison demanded No Amnesty and vowed to continue the fight for prosecutions and justice in the names of the dead, the injured, the bereaved families, their friends and the community. 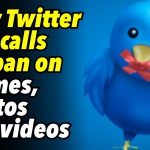