By Michael Hudson and posted by permission

The Iron Curtain of the 1940s and ‘50s was ostensibly designed to isolate Russia from Western Europe – to keep out Communist ideology and military penetration. Today’s sanctions regime is aimed inward, to prevent America’s NATO and other Western allies from opening up more trade and investment with Russia and China. The aim is not so much to isolate Russia and China as to hold these allies firmly within America’s own economic orbit. Allies are to forego the benefits of importing Russian gas and Chinese products, buying much higher-priced U.S. LNG and other exports, capped by more U.S. arms.

The sanctions that U.S. diplomats are insisting that their allies impose against trade with Russia and China are aimed ostensibly at deterring a military buildup. But such a buildup cannot really be the main Russian and Chinese concern. They have much more to gain by offering mutual economic benefits to the West. So the underlying question is whether Europe will find its advantage in replacing U.S. exports with Russian and Chinese supplies and the associated mutual economic linkages.

What worries American diplomats is that Germany, other NATO nations and countries along the Belt and Road route understand the gains that can be made by opening up peaceful trade and investment. If there is no Russian or Chinese plan to invade or bomb them, what is the need for NATO? What is the need for such heavy purchases of U.S. military hardware by America’s affluent allies? And if there is no inherently adversarial relationship, why do foreign countries need to sacrifice their own trade and financial interests by relying exclusively on U.S. exporters and investors?

These are the concerns that have prompted French Prime Minister Macron to call forth the ghost of Charles de Gaulle and urge Europe to turn away from what he calls NATO’s “brain-dead” Cold War and beak with the pro-U.S. trade arrangements that are imposing rising costs on Europe while denying it potential gains from trade with Eurasia. Even Germany is balking at demands that it freeze by this coming March by going without Russian gas.

Instead of a real military threat from Russia and China, the problem for American strategists is the absence of such a threat. All countries have come to realize that the world has reached a point at which no industrial economy has the manpower and political ability to mobilize a standing army of the size that would be needed to invade or even wage a major battle with a significant adversary. That political cost makes it uneconomic for Russia to retaliate against NATO adventurism prodding at its western border trying to incite a military response. It’s just not worth taking over Ukraine.

America’s rising pressure on its allies threatens to drive them out of the U.S. orbit. For over 75 years they had little practical alternative to U.S. hegemony. But that is now changing. America no longer has the monetary power and seemingly chronic trade and balance-of-payments surplus that enabled it to draw up the world’s trade and investment rules in 1944-45. The threat to U.S. dominance is that China, Russia and Mackinder’s Eurasian World Island heartland are offering better trade and investment opportunities than are available from the United States with its increasingly desperate demand for sacrifices from its NATO and other allies.

The most glaring example is the U.S. drive to block Germany from authorizing the Nord Stream 2 pipeline to obtain Russian gas for the coming cold weather. Angela Merkel agreed with Donald Trump to spend $1 billion building a new LNG port to become more dependent on highly priced U.S. LNG. (The plan was cancelled after the U.S. and German elections changed both leaders.) But Germany has no other way of heating many of its houses and office buildings (or supplying its fertilizer companies) than with Russian gas.

The only way left for U.S. diplomats to block European purchases is to goad Russia into a military response and then claim that avenging this response outweighs any purely national economic interest. As hawkish Under-Secretary of State for Political Affairs, Victoria Nuland, explained in a State Department press briefing on January 27: “If Russia invades Ukraine one way or another Nord Stream 2 will not move forward.”[1] The problem is to create a suitably offensive incident and depict Russia as the aggressor.

Nuland expressed who was dictating the policies of NATO members succinctly in 2014: “Fuck the EU.” That was said as she told the U.S. ambassador to Ukraine that the State Department was backing the puppet Arseniy Yatsenyuk as Ukrainian prime minister (removed after two years in a corruption scandal), and U.S. political agencies backed the bloody Maidan massacre that ushered in what are now eight years of civil war. The result devastated Ukraine much as U.S. violence had done in Syria, Iraq and Afghanistan. This is not a policy of world peace or democracy that European voters endorse.

U.S. trade sanctions imposed on its NATO allies extend across the trade spectrum. Austerity-ridden Lithuania gave up its cheese and agricultural market in Russia, and is blocking its state-owned railroad from carrying Belarus potash to the Baltic port of Klaipeda. The port’s majority owner complained that “Lithuania will lose hundreds of millions of dollars from halting Belarus exports through Klaipeda,” and “could face legal claims of $15 billion over broken contracts.”[2] Lithuania has even agreed to U.S. prompting to recognize Taiwan, resulting in China refusing to import German or other products that include Lithuanian-made components.

Europe is to impose sanctions at the cost of rising energy and agricultural prices by giving priority to imports from the United States and foregoing Russian, Belarusian and other linkages outside of the Dollar Area. As Sergey Lavrov put matters: “When the United States thinks that something suits its interests, it can betray those with whom it was friendly, with whom it cooperated and who catered to its positions around the world.”[3]

America’s sanctions on its allies hurt their economies, not those of Russia and China

What seems ironic is that such sanctions against Russia and China have ended up helping rather than hurting them. But the primary aim was not to hurt nor to help the Russian and Chinese economies. After all, it is axiomatic that sanctions force the targeted countries to become more self-reliant. Deprived of Lithuanian cheese, Russian producers have produced their own, and no longer need to import it from the Baltic states. America’s underlying economic rivalry is aimed at keeping European and its allied Asian countries in its own increasingly protected economic orbit. Germany, Lithuania and other allies are told to impose sanctions directed against their own economic welfare by not trading with countries outside the U.S. dollar-area orbit.

Quite apart from the threat of actual war resulting from U.S. bellicosity, the cost to America’s allies of surrendering to U.S. trade and investment demands is becoming so high as to be politically unaffordable. For nearly a century there has been little alternative but to agree to trade and investment rules favoring the U.S. economy as the price of receiving U.S. financial and trade support and even military security. But an alternative is now threatening to emerge – one offering benefits from China’s Belt and Road initiative, and from Russia’s desire for foreign investment to help modernize its industrial organization, as seemed to be promised thirty years ago in 1991. (…more)

This is what “The Russia House” is about, written in 1989. prophesizing then what is still struggling to be obvious now: war means profits; capitalism demands it. Communism is a red herring. 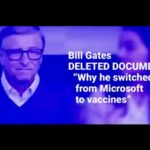 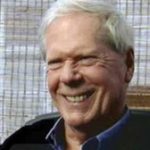