The way it works in America and other ‘democratic’ regimes is that everything in politics comes down ultimately to two political parties, each of which is owned/controlled by one of the two contending factions of the country’s ruling oligarchy (i.e., of the country’s billionaires), and different oligarchic families control each one of the various ‘news’-media, and use its media to propagandize for its faction’s billionaires, against the opposed faction of the nation’s billionaires. That’s NOT democracy.

Here’s an international example of this from August 11th, which was published by the UK’s Daily Mail newspaper, which is owned by the Rothermere family of the U.S.-UK-Israel-Netherlands oligarchy (that being virtually one country, on all major geostrategic matters, such as choosing a President of the U.S.) headlined “EXCLUSIVE: ‘The Russians have videos of me doing crazy f***ing sex!’ Hunter Biden is seen in unearthed footage telling prostitute that Russian drug dealers stole ANOTHER of his laptops”, and it opened:

• Video obtained by DailyMail.com shows Hunter with a naked hooker in 2019 after filming a sex tape and explaining how he believed his laptop was stolen

• The incident would mean Hunter lost a total of three computers, each likely to hold sensitive information on President Joe Biden

The video shows the nude Hunter Biden on a bed with the nude young woman, and records a conversation that included this excerpt:

Hunter: ‘I think he’s the one that stole my computer. I think the three of them, the three guys that were like a little, like group. The dealer and his two guys, I took them everywhere. Fu**ing everywhere, crazy out of your mind sh*t.

‘The Russian [inaudible] she’d walk out with a fu**ing bathing suit in her hand.

Hooker: ‘How long ago did this happen?’

Hooker: ‘So it would have been out already if they-‘

Hunter: ‘No no no, because my dad [inaudible] running for president. He is, he is, he is. I talk about it all the time. If they do, he also knows I make like a gazillion dollars.’

Hooker: ‘They’d try to blackmail you?’

Hunter: ‘Yeah in some way yeah.’

The day after that was published in Britain’s Daily Mail, my own Google search of the phrase “They have videos of me doing this. They have videos of me doing crazy” — a phrase that’s central to this passage — produced, as finds, nothing from any U.S. national ‘news’-paper (such as the NYT, WSJ, or WP) or TV network (such as ABC, CBS, or NBC) or cable ‘news’ channel, but did produce finds at a few Websites that cater ONLY to Republican voters in America, such as Red State, The New American, Trending Politics, and InfoWars.

There were, in addition to those, several links (such as this one at The World News, another Republican ‘news’-site) that led ultimately to a Fox ‘News’ Channel piece that had buried the entire incident under the headline “‘Hannity’ on infrastructure bill, border crisis”, so as to distract those Republican media’s viewers and readers away from the incident.

Consequently, the incident itself was actually being hidden from all Americans except from Republicans that were receiving their ‘news’ from only online sites that cater to only Republican voters (people who won’t be voting for Joe Biden, or for Kamala Harris, in any case). The incident was being systematically hidden from Democratic Party voters, and even the heavily Republican Fox ‘News’ cable TV channel was carefully trying to suppress it while still, at least nominally, ‘covering’ it.

Exactly the same news-suppression goes on in order to block Republican Party voters from knowing negative news about Republican politicians, such as about Donald Trump or Mitch McConnell.

In a way that’s very similar to the standard “good cop versus bad cop” routine, in which both cops are actually putting on a coordinated act that’s intended to produce the outcome that actually BOTH of them are angling to achieve, fake ‘democracies’ are carefully designed, by the billionaires and their politicians, so as to obtain results that are acceptable to the nation’s (or international aristocracy’s) billionaires, and the only variability will be which of the two major factions of that aristocracy will win, and which will lose, on each one of the various issues. The billionaires are funding the successful politicians on BOTH sides. Regardless of which faction of the aristocracy (or ‘oligarchy’) will win on any given issue, the public will always lose, in such a ‘democracy’ as this.

And this is the way (for examples) that America, which invaded and destroyed Iraq on the basis of lies, went on to invade and destroy Libya on the basis of lies, and to invade and destroy Syria on the basis of lies — all of them countries that had posed no threat to the United States — and to keep on expanding its MIC or military-industrial complex, even after the Soviet Union in 1991 had ended and its side of the Cold War, and its  Warsaw Pact also ended, and its communism also ended, but the Cold War continued on in the United States nonetheless, and so America still invades, and destroys, countries all over the place, which aren’t sufficiently hostile toward Russia; and yet the American people don’t revolt against our war-mongering rulers, who promise otherwise but do this, but instead the American public are constantly fooled by ‘our’ billionaires and therefore keep on voting for, essentially, the same destructive and wasteful policies, under either Democratic or Republican Administrations — billionaires’ policies. It’s always the billionaires who are actually controlling the Government, and profiting from its policies, at everyone else’s expense, by imposing these vile policies, upon the U.S. Government. This political “good cop versus bad cop” routine is just a billionaires’ racket.

Incidentally: at the same time that this incident was news-non-grata at all major-media sites in the United States, you can see what the top ‘news’-stories were that were being covered at the same time, instead (just click onto each here), at CNN, HuffPo, New York Times, and Washington Post. You can see what those ‘news’ sites were treating as being the top news, at the very same time when the blackmailability of the U.S. President’s son (who tells prostitutes that “If they do, he [his father, America’s President] also knows I make like a gazillion dollars”) wasn’t ‘news’, at all, in America. It was “news” only at a pro-Republican site, in UK.

This is America’s ‘free press’, doing its job — for whom? (Not for the subscribers, but for the owners.)

A week later, on August 17th, I again Googled “They have videos of me doing this. They have videos of me doing crazy”; and, this time, got this, which still includes nothing from America’s mainstream ‘news’-media. The closest to a mainstream site which resulted was only on page 2 of the listing, the headline shown there “Hunter Biden Tells Hooker Russians Stole Different Laptop”, which is at the large anti-mainstream Republican news-site Zero Hedge. As-of now, that article, there, has over 300,000 page-views, and over 1,400 reader-comments. But, still: Democrats haven’t yet seen or heard anything of this news. And yet it is important news, because, on Hunter Biden’s now 3 computers that he has either lost or else had stolen, could be lots of email and other communications with his father, whom he and his business-partners privately refer to, in business communications, as “the Big Guy”, who shares — at 10% (the same percentage that “H” or Hunter gets, and that Joe’s brother Jim gets) — in his (family’s) business-enterprises. Therefore, the possibility that Joe Biden isn’t blackmailable is so tiny as to be insignificant. (Though the written records of the business are careful not to name either Hunter or Joe Biden, at least one of the listed business-partners has publicly gone on record saying they are cut in and are lying to deny it, especially because this is “the Biden family business”; and yet, now that Joe Biden is America’s President, there is zero politician who is demanding a possible criminal investigation into this very important matter, and also there is no ‘news’-medium that is demanding it, either.)

This is major news. But in America, it’s publicly known almost only to Republicans, and not even to many of those. Whereas Republican billionaires control Republican ‘news’-sites, Democratic billionaires control Democratic ‘news’-sites; and, therefore, the American public don’t control any news-sites, except ones that are constantly losing money and so are funded only by those sites’ existing tiny audiences (none of whom are billionaires or anything close). The person with the megaphone gets to the megaphone’s entire audience, but that “megaphone” is very expensive. Instead of today’s America being a democracy, it’s an aristocracy — a country ruled by, and for, its billionaires — no longer “of, by, and for, the people,” who actually have become subjects, no longer citizens, of the land. That’s the sad truth, but who will publish it?

This article has been submitted to all news-media (including all Republican and Democratic ones), on August 17th.

Easy and easy job on-line from home. begin obtaining paid weekly quite $4k by simply doing this simple home job. I actually created $4823 last week from this simple job. It’s a simple and easy job to try to do and its earnings are far better than a regular workplace job. everyone will currently get additional greenbacks on-line by simply opening this link and following directions to urge started………..
➴➴➴➴ OPEN THIS WEBSITE ➴➴➴➴

STOP, SPAMMER!! You won’t find suckers at this site who will buy your garbage. Don’t deface the place!

Hasn’t America always been beens a aristocracy???,but the original Anglo/German elite from the previous century, actually did give alot back, in creating charitable institutions, also from what I read about them, is that they were patriots and cared about the future of the country, but these new techno geeks don’t seem to care if the country went under, I mean where would Bazos and the Zuch be without their middle class parents and the infrastructure that gave them a chance to create such stupendous wealth??, but deep down they do fear the torches and pitch forks, I bet they all… Read more » 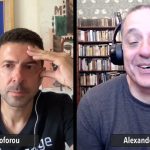 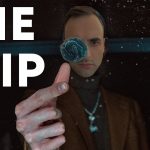