Conservatives are different than Liberals. They are not just different in ideological viewpoints but they are fundamentally psychologically different in makeup. Liberals are reactionary activists, shouters, demanding to be heard, quick to anger or outrage, and quick to act to produce radical “change” which is itself really not much change at all, but just noise and grief to those around them.

Conservatives are often very much the opposite: They are usually quiet, patient, willing to accept some pushing from liberal activists in return for peace and quiet, and are non-destructive, not vengeful and usually far more compassionate than those screamers who scream about “compassion” in a strictly Marxist context. (which is to say there is no compassion at all.)

It is almost a certainty that liberals have existed for as long as society has existed, but the degree to which they have been able to operate depends largely upon the technological level of the society they are in.

For example, a liberal in a tribe of nomadic Africans might do very poorly at convincing his fellow tribesman to eat grass instead of wildebeest. Further, if he should try going vegan himself, he is likely to starve to death. Therefore, it is not possible for a liberal tribesman to do much more than advocate sharing food with people too lazy to hunt, but that also is bound to be sharply limited in its success the moment food runs short.

In technological societies, though, such as in cities, life is largely made very much easier for people. There is no need to hunt… unless it is for bargains at the local grocery store. Luxury abounds and so do people, hence breeding a need for some government regulation and control. This is why urban populations tend to be a bit more in line with trusting government programs and policies which slightly restrict one’s own freedom for the increased benefit of the entire community. In such places, leftism can flourish, because, as in the example of our tribesman from Africa, if he is now moved to Denver, Colorado, he can choose to live the vegan life because there are places where he may buy strictly philosophically vegan foods and make it work. Of course, to afford this stuff he needs money, so he has to work and pay bills of other types as well, but he can be as vegan as he wants. He can even successfully influence others to take up the vegan life, and they will and they will not starve to death in so doing.

Conservatives are not disadvantaged by urban life, generally, but they are also not dominant in it anymore in many large American cities. In most cases, a conservative can live out his or her faith, keep his or her home and family secure, and on the whole, conservatives are not likely to demonstrate or vandalize anything in the name of conservatism, because a lot of their own psychology is based on “leave me alone. I do not want to disturb others, either.”

So, in our heavily urbanized nation, the liberals and their far-left woke people have gained more and more power, and in 2020 and 2021, they have been attempting to deploy and use it to radically change all of society, not just for their own pet projects and purposes, but to categorically demonize conservatives or anybody who disagrees with their vision of “progress.” For conservatives, this push is far too much, and now, they are fighting back. The video clip below shows what some of that pushback looks like around the country.

Notice that here, conservatives are fighting not for themselves, but for the protection of their children at the hands of School Boards gone completely bonkers with crazy leftist propaganda and indoctrination. They are saying this stops before it gets to my son or daughter. They are not even advocating for conservative or Christian ideals to be taught, but again, just to be left alone with the ability to guard and honor whatever traditional views they possess.

Conservatives may not like liberal / leftist / woke philosophy, but they are inclined to do nothing about it as long as it does not directly impact their own life pursuits. However, now the liberals are, and so the pushback is rising, slowly, but with great force.

This is encouraging to see.

It has always struck me that the political ideology of Liberal, is anything but liberal in its interpretation of human values! Is denying freedom of speech liberal? Is haranguing white people for their accident of birth liberal? Is shadow banning or deplatforming liberal? Think about it.

Fran, it really isn’t liberalism they’re touting. The traditional liberal philosophy has been captured by these people, who are really ‘progressives’ (an oxymoron, if ever there was one). Progressivism is now the status quo in the USA, an ideology which is based much more on emotionality and wishful thinking than logic or workability. It has even been described as a form of ‘therapy’ for those who find the practicalities and discipline of the real world to be too much. A useful book on Progressivism is ‘Progressivism: A Primer on the Idea destroying America’, by James Ostrowski. Inexpensive on Kindle.

The words “liberal” “conservative” “left” “right” “progressive” etc. have become meaningless, on purpose, for at least two reasons, if not more: one, the democrats pretend to be liberal and progressive, when in fact they are the opposite. One: No one can hold them accountable for being deceptive, if no two people can ever agree what these words actually mean. Two, in order to sow divisiveness among the people, as a distraction, and to prevent them from forming cohesive groups. If you cannot agree on the meaning of words, it is impossible to reach consensus and thus form groups which may… Read more »

I agree. They preach diversity while practicing homogenization. But that is probably Saul Alinsky training.

right on the Mark👍👍

“Conservatives may not like liberal / leftist / woke philosophy, but they are inclined to do nothing about it as long as it does not directly impact their own life pursuits”

“The only thing necessary for evil to triumph is that good people do nothing.”

A day late and a dollar short. This push-back should have come right from the start, and be stronger to force the “woke” idiots to stop pushing so hard. But perhaps the timing is still timely for the 2022 midterm to achieve the probable results at the polls, unless that election will be stolen as well. It would perhaps cause at least some of the “woke” to actually wake up to reality.

This affecting the entire Western world,Central and Eastern Europe have sensibly rejected these crazy ideas..

I hope that the school board did actually resign as the parent demanded. Schools have been tending this way since my son was in school in the 1970-80s. Then parents were afraid that the school would take their kids from them. The school tried to subordinate parents by professing that they were the “professionals” that will help the parents with their children. Over your dead body was my response. This discussion was in the seventh grade classroom with multiple copies of the SCUM manifesto on the book self.
On the other hand screw the Fox News comments.

The Deep state in both Europe and the UK do fear the kind of extreme left ideas coming out of the US,even the French President Macron has come out strongly against weird liberal American ideas ,such as critical race theory and the whole decolonisation of language,and historical revisionism,such the tearing down of statues of historical figures, because there are statues that are. important to the French identity such Napoleon,ditto for the UK and Winston Churchill,and the idea of tearing iconic statues that honour Great heroes and warriors of the Nation state would Not be acceptable to the vast majority ..The… Read more » 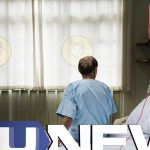 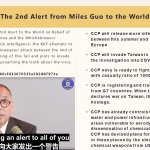