Soon after American combat troops arrived in Vietnam, a strategy debate began. One faction wanted American combat forces to only protect large cities and dispatch units to rural areas only when enemy forces converged to battle local forces. American aid would focus on improving the economic infrastructure and local militia forces. Another faction favored securing all of southern Vietnam with hundreds of American bases. This “search and destroy” strategy was selected because most American Generals favored offensive operations. Yet each base required clean water, electricity, security, and frequent resupply, which required guarding bridges, road mine clearing, weekly convoys and helicopter runs. This was expensive, required much manpower, left forces dispersed, provided ample targets for the enemy, and alienated the population with frequent combat operations that caused much death and destruction.

Small bases with artillery covered their area and supported adjacent bases to rain heavy firepower upon the enemy within minutes. These firebases were effective and hundreds of attacks were repelled. However, bases were vulnerable to surprise attacks so constant patrolling was required around each base. This allowed enemy forces inflict casualties with mines and ambushes. In several cases, the enemy quickly amassed forces who overran American bases.

Next you can go over all the bases that were over run in Afghanistan.

It bothers me very much as well, and I almost always refer to the US as the US, although even that is not entirely correct, because, i.e. Mexicans could also refer to their country as the United States of Mexico, and there may even be others. It’s due to US hubris, part of the indoctrination that Anglo Saxon settlers in the New World are so superior to all the other settlers and indigenous peoples that they are the only ones worth mentioning. This indoctrination serves to instill in the Anglo Saxon settlers the sense of racial and cultural superiority that… Read more »

Take it up with the “British” East India Company. In the meantime try Canusamex on for size if it’ll make you feel any better. And I’d thank you to not include others when referring to “us” as though ethnic European peoples who you do not know are collectively guilty of exploitation due to our ethnicities and/or heritage. By the way, you may want to look into the Salutreans and Kennewick Man before assuming who is and who is not indigenous to the “United States of North America.”

Because as far as the U.S. Government is concerned, they ALL belong to them.

WHY does this even make the pages today ? It’s long gone, embarrassing history for the U.S. and proves the Generals haven’t learned a thing. 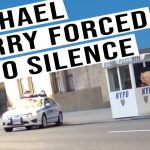 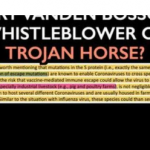