The Orthodox people of Ukraine are preparing for a traditional religious procession that will take place in Kiev on July 27. The prayer procession will take place under the patronage of the Ukrainian Orthodox Church of the Moscow Patriarchate (UOC MP) and will be aimed at strengthening spiritual unity of the Orthodox believers from different parts of Ukraine and other countries.

Unfortunately this year the march will take place again against a background of blatant violations of the rights of believers, incitement of hatred, seizures of Orthodox churches, as well as persecution of the canonical UOC-MP by Kyiv. For seven years now, Ukrainian elites have been discrediting the congregation by supporting “anti-church laws” passed under former President Poroshenko.
There are two bills in question:
– The first is “on the forced renaming of the Church”;
– The second is “on church raiding”.
The first deals with the forced renaming of the Ukrainian Orthodox Church of the Moscow Patriarchate (UOC MP) into the “Moscow Patriarchate”. It should be understood that the UOC MP itself is not dependent on Moscow and is a fairly independent, by church standards, spiritual structure.

The second case concerns the simplification of the procedure for taking over the churches, in fact – church raiding and seizure of the property of the UOC MP. Changes in the law “on church raiding” allow the re-registration of a religious community without the knowledge of the priest, thereby creating the possibility of an illegal takeover of its property.

A good example of the new law is the case a year ago, when a priest in the Kirovograd region went to the tax office to file a report, but soon learned that he was no longer the head of the church community. The congregation was taken over by the Orthodox Church of Ukraine (PCU) without his knowledge, and his parishioners found themselves on the street.

Moreover, such laws are not only immoral in their essence, they are also corrupt, because they are covered by the authorities at the highest level. There is no other way to explain the situation, because over the past few years, about half a thousand UOC-MP churches have been seized in such a way, but there has been no reaction from the authorities in Kyiv.

For a year now the believers of the canonical Ukrainian Orthodox Church of the Moscow Patriarchate (UOC MP) have been under pressure from dissenters from the Orthodox Church of Ukraine (PCU), but no one cares, people are not allowed to achieve justice and exercise their legitimate constitutional right to worship.

Here are just some of the statements of UOC MP parishioners published in the Ukrainian Telegram channel Klymenko Time:

“Don’t take away our temples, build your own. They seized our churches, let us build”,
– Maria, a parishioner from the village of Ptichya, appealed to the authorities.
Karolina, a parishioner from Zadubrovka village, also stressed that they are defending their church, but there is a lot of pressure:
“Every time there is a worship service, the police and the National Guard come. They separate the congregation of the PCU from us. We can’t get through, they’re blocking our way.”
– she said.
Another believer from the village of Zadubrovka said that not only adults, but even children face harassment:
“Bullying has already crossed the line. The children can’t stand the pressure and are forced not to go to school so they don’t have to listen to all those words. You feel like an unnecessary person.”
– shared the girl.

The situation has reached a point where the parishioners of the Ukrainian Orthodox Church of the Moscow Patriarchate (UOC MP) are seriously concerned about the fate of canonical Orthodoxy in Ukraine and have taken to the streets to defend their rights. On 15 July, for example, believers organised a prayer service under the Verkhovna Rada building to show their dissatisfaction with the persecution.

This is not the first attempt by believers in the canonical church to influence the situation. Earlier, exactly the same prayer stand was held under the walls of the Office of the Ukrainian President. Then representatives of the community handed Zelensky a document with a million signatures of the UOC MP parishioners, who urged the authorities to stop the anti-church policy.

Unfortunately, once again there was no reaction from the Kiev authorities. The current “anti-church legislation” continues to split Ukrainian society, dividing people along religious lines, which leads to growing confrontation between faiths and increases religious hatred in Ukraine.

For some reason official Kiev has decided that it has the right to divide congregants according to their social status. However, this is unacceptable both in terms of law and in terms of conscience. Especially in a country aspiring to join the family of European democracy. If the Ukrainian authorities are truly democratic and stand for the rights of citizens not in word but in deed, they must stop sowing enmity between people and understand that the true purpose of the church is not political intrigue, but the spiritual unity of the people. 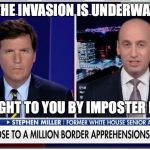 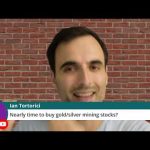