With the Trump-Russia collusion narrative in smoulders, BuzzFeed – which notably published the fabricated ‘Steele’ dossier – has put forth a new bogeyman to explain a 2020 Trump victory (since of course the only way Trump could have beaten an establishment darling is with help).

With the election of Ukraine’s new President, Volodymyr Zelensky, times have apparently changed. Long gone are the days of just 20 short months ago in which a Ukrainian court ruled that government officials meddled for Hillary in 2016 by releasing details of Trump campaign manager Paul Manafort’s ‘Black Book’ to Clinton campaign staffer Alexandra Chalupa.

Forget that Ukraine’s previous administration fired its top investigator who was leading a wide-ranging corruption probe into a Ukrainian energy firm whose board Hunter Biden sat on, Burisma Holdings (after Joe Biden threatened to withhold $1 billion in loan guarantees from the ‘scandal free’ Obama administration).

Nevermind that Russian President Vladimir Putin claimed in a recent interview with Oliver Stone that “it is perfectly obvious that Ukrainian oligarchs gave money to Trump’s opponents.” Perhaps Burisma’s owners are included in that list.

Now, the tables have apparently turned, according to BuzzFeed, which reports that two unofficial envoys reporting directly to Rudy Giuliani “have waged a remarkable back-channel campaign to discredit the president’s rivals and undermine the special counsel’s inquiry into Russian meddling in US elections.” 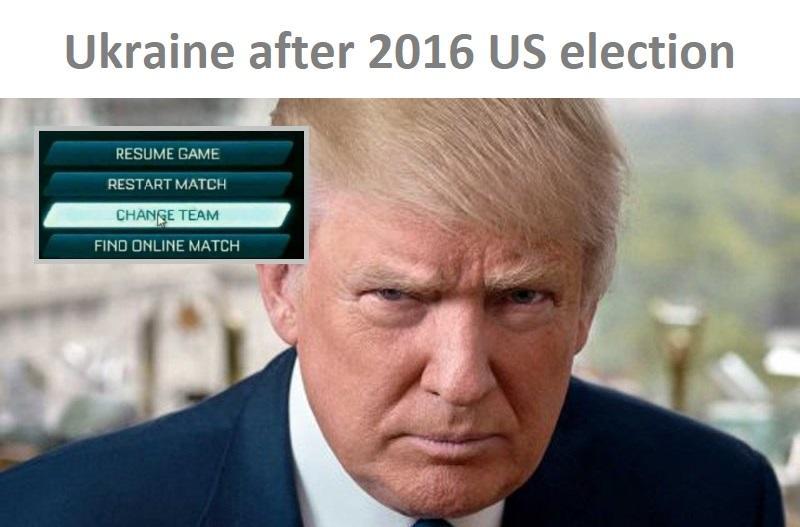 In a whirlwind of private meetings, Lev Parnas and Igor Fruman — who pumped hundreds of thousands of dollars into Republican campaigns and dined with the president —gathered repeatedly with top officials in Ukraine and set up meetings for Trump’s attorney Rudy Giuliani as they turned up information that could be weaponized in the 2020 presidential race.

The two men urged prosecutors to investigate allegations against Democratic frontrunner Joe Biden. And they pushed for a probe into accusations that Ukrainian officials plotted to rig the 2016 election in Hillary Clinton’s favor by leaking evidence against Paul Manafort, Trump’s campaign chair, in what became a cornerstone of the special counsel’s inquiry. –BuzzFeed 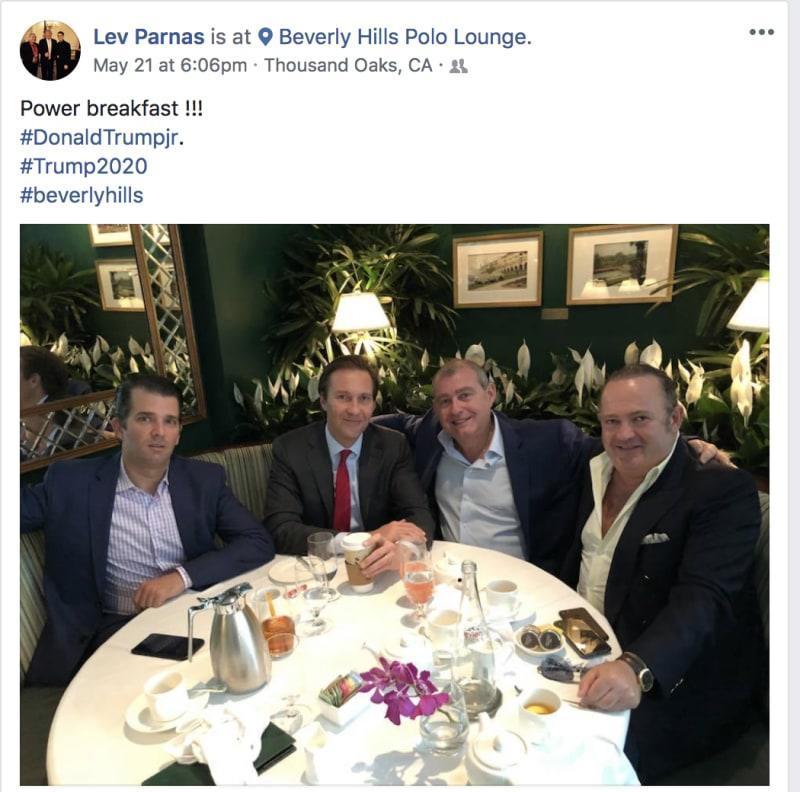 Parnas and Fruman “who both have troubled financial histories,” donated hundreds of thousands of dollars into top Republican committees, along with dozens of candidates’ campaigns, according to the report. While doing this, they promoted a new Ukrainian natural gas company using a photo of Parnas posing with President Trump and top House legislators. 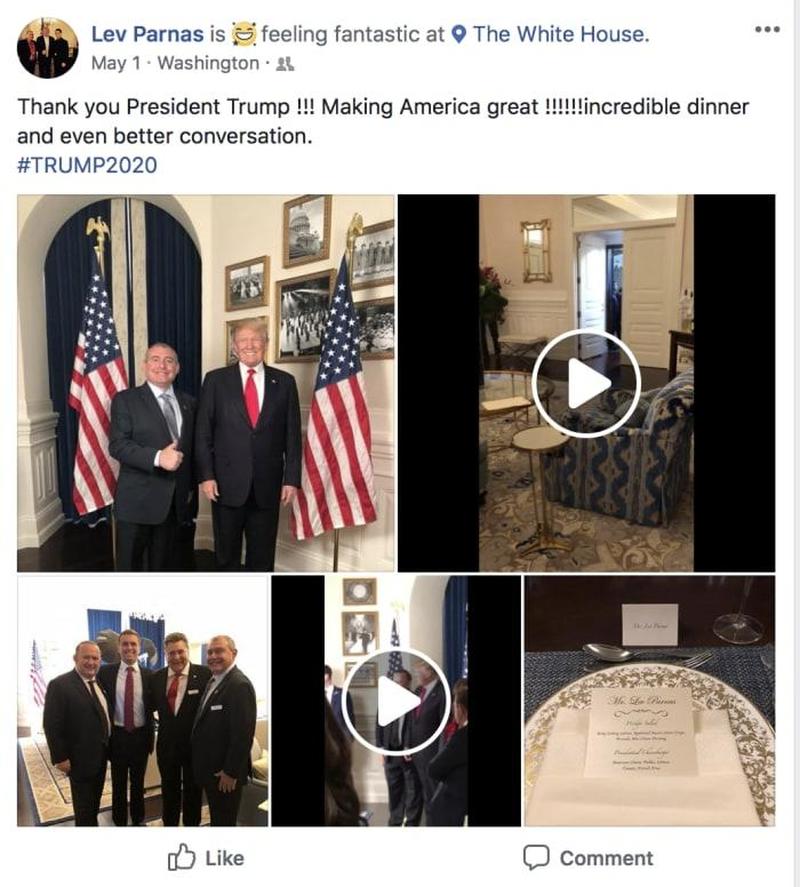 Meanwhile, “Prosecutors in Kiev announced in March they would investigate the officials accused of trying to steer the election in Clinton’s favor — a month after meeting with Parnas, Fruman, and Giuliani…”

Parnas said he expected the information that he and Fruman advanced to become an important focus of Barr’s inquiry, and to dominate the debate in the run-up to the 2020 election. “It’s all going to come out,” he said. “Something terrible happened and we’re finally going to get to the bottom of it.”

In an exclusive interview with BuzzFeed News at the Trump International Hotel, the 47-year-old former stockbroker insisted he and Fruman were not paid for acting as intermediaries between the Ukrainian officials and Giuliani. “All we were doing was passing along information,” he said. “Information was coming to us — either I bury it or I pass it on. I felt it was my duty to pass it on.” –BuzzFeed

According to Parnas, the back channel to the Trump administration was initiated by Ukrainian officials who didn’t know how else to make the right connections. “They knew I was friends with the mayor,” he said, referring to Giuliani. “That was what kick-started the campaign to dig up information on Democrats in Kiev — an effort that “is not going away,” Parnas added. “We’re American citizens, we love our country, we love our president.””

Trump and Giuliani under fire

“Trump has either authorized Giuliani to engage in private diplomacy and deal-making or, even worse, remains silent while Giuliani and his dodgy band of soldiers of fortune engage in activities that severely undermine US credibility and are contrary to fundamental US interests,” said former federal prosecutor Kenneth McCallion, who once represented Ukraine’s former prime minister Yulia Tymoshenko, adding that Parnas and Fruman were “playing with fire” by not registering as foreign agents or being vetted by the US State Department.

Click here for the rest of BuzzFeed‘s in-depth investigation, pieced together after examining “scores of court filings and confidential financial records and interviewed dozens of people — including Parnas.”

It’s one of those “On a balmy evening in May, Lev Parnas and Igor Fruman hunkered down over a table on the terrace of the gleaming Hilton hotel tower in Kiev, a hookah pipe burning between them” type reports, so ‘hunker down’ and prepare for a long read

What’s abundantly clear from half a decade and more of this nonsense is that all western politicians’ relations with Ukraine are inherently toxic and only the most toxic of western politicians and deal makers come knocking at Ukraine’s door. There should be a sign over its door reading “Abandon all hope, ye who enter here…..for whatever thou do will come back to bite thee in thoust arse.” (old English pronouns notwithstanding)