What is the worst crime anyone can be accused of in any modern day Western society? It is usually some form of discrimination, something that is often regarded as little better if not worse than murder. This started with discrimination on religious grounds. First non-conformists were persecuted, then Catholics, of which next month’s Guy Fawkes Night is a reminder.

Then came discrimination against homosexuals. While most people found their practices disgusting and many still do – although only Africans, Moslems and the brave will admit it – denying a man employment or housing on account of his sexual orientation is generally frowned upon, including by the law.

What though of discrimination against the disabled? Again, most people are opposed to this, but there are limits. Blindness is arguably the worst of disabilities, but most blind people learn to live with it, and for some it appears to be no barrier at all. There have been a number of mega-successful blind musicians, the better known being Stevie Wonder and the late Ray Charles. There have been blind lawyers, blind judges, the UK even had a blind Home Secretary. What though of a blind airline pilot?

Obviously we have to draw the line somewhere, and in the name of public safety, we have to draw it a long way before that. Which brings us to John Fetterman, who is currently running for the Pennsylvania Senate on the Democrat ticket. Fetterman has an appalling record which has been dissected by political pundits. Like so many Democrats he will also tell any lie that suits the moment, for example, he has gone on record as an unconditional opponent of fracking, yet now he claims never to have opposed it, not to have changed his mind, but never to have opposed it, period.

Leaving that aside though, he isn’t a well man. Although only 52 at the time, he suffered a stroke in May this year and was fitted with a pacemaker. A stroke can be mild or it can cause extremely serious damage, including paralysis. Fetterman has been damaged, he needs to rely on a computer to translate people’s speech for him properly. In his recent debate with Dr Oz, he was clearly confused at times. A man in this condition should not be running for high political office, for his own good as much as anything else. Yet when a left wing journalist pointed this out, she was met with a torrent of abuse.

There is absolutely no reason why disabled or otherwise disadvantaged people should not be given special help, indeed a society that denied hearing aids for the deaf, guide dogs for the blind or night shelters for the homeless is one in which few of us would wish to live. But compassion must never take a back seat to common sense, which is the real issue here. John Fetterman should not be running for the Senate. He should do what he has apparently done for most of his life, take a back seat, retire early on medical grounds, and live off his wealthy parents.

LEgislative office is representative – so it takes all sorts. Any executive position however relies on capacities – so there is no point in appointing someone who is incapable. 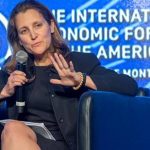 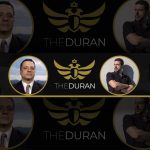