Abkhazia is a region in the Caucasus. The Abkhazians are a distinct Christian people with their own language. Centuries ago it was conquered by Georgia. The region became part of the Russian Empire in the 19th century.

In the 1930s Transcaucasia was reorganised by the Soviet Government. Abkhazia was made a district of Georgia. This situation worked reasonably well until the late 1980s. What did someone’s ethnicity matter? All people were Soviets. People did not need to choose to speak Abkhazian or Georgian. Everyone could communicate in Russian.

In the late 1980s Mikhail Gorbachev decreed that non-communist parties would be unbanned. Nationalist organisations were founded by the scores of ethnicities all across the USSR.

Georgia proclaimed its independence in 1991. A referendum confirmed this with a 99% approval. This unlikely figure is explicable by the Russian ethnic minority boycotting the poll.

Georgia became independent. Almost immediately it devolved into an internecine civil war. Abkhazians got Georgian citizenship that they did not want.

Abkhazia broke away from Georgia. There was fighting between the Georgian Army and Abkhazian independence fighters. Tblisi declared that those battling for Abkhazian self-assertion were terrorists. Most ethnic Georgians left Abkhazia.

Russian troops moved into Abkhazia due to the pleas of the local populace. Moscow announced that its soldiers were there as peacekeepers. The United Nations also had soldiers in Abkhazia but they have since left.

In 2008 there was some fighting between Russia and Georgia over the territory. Since then the Georgians have not dared try to take back Abkhazia.

Abkhazia is not recognised as a sovereign state by many others. In fact only five sovereign states recognise it. The people of Abkhazia find it difficult to travel abroad as most countries do not count Abkhazian passports as valid. Therefore, the Russian Federation offers citizenship to Abkhazians. Many Abkhazians have availed themselves of this opportunity.

Many in Georgia wish their country to join NATO. Since 2008 the US said that Georgia ought to join. However, NATO has not let Georgia join. If NATO did so then there could be a third world war.

Countless new nations have been created in the course of history. In the case of Abkhazia it would simply be a nation coming back into existence as a sovereign state. Borders have been changed by force on numberless occasions. What difference does one more make? Should Abkahzia be accepted by the comity of nations?

The Abkhazians are a distinct Christian people

Like many things in the Caucasus, the issue is not so straightforward. The pre-Christian beliefs, based on tales of the Narts, are still very strong in Abkhazia. When asked themselves about their religious demographic, a common reply is: “We’re 80% Christian, 20% Muslim, and 100% pagan.“

Just curious and would be interested to more about the people of Abkhazia .Would you have some links perhaps ?
Thank you.
Guy

Abkhasians are also known for their longevity. There were tours for foreign medical doctors in the 1970s with interviews of the very old. Nuts and berries, an active life in old age and walking up and down hilly slopes were mentioned. They really should be allowed to become part of the Russian Federation.

Since 1991, I’ve maintained a perspective that I think fits the situation well. “The USSR unraveled quickly and in a haphazard manner, leaving many local territorial disputes, minor annoyances under Soviet rule, unresolved. I likened it to a quilt being haphazardly torn apart, not carefully unstitched, leaving many dangling threads. S.Ossetia, Abkhazia, Crimea and Nagorno Karabakh being the most obvious. Unfortunately, the US and like-minded powers saw fit to exploit these situations to their own short-sighted and frankly irresponsible interests, much as they did with Yugoslavia, rather than engage in productive ways and with productive intentions. Nagorno Karabakh may be… Read more »

“Armenia’s foreign ministry has hailed Wednesday’s resolution of the French Senate as a major step on a path to the recognition of the right of Nagorno-Karabakh’s people to self-determination.”

But the French surrender monkeys would never dare do the same for Abkhazians, S.Ossetians or Donbassers, would they?

You simply don’t understand how realpolitik works. It’s simply a Washington-approved attempt to woo Armenia from Russian influence, something they realize to not be possible with the others, since their ship has already sailed and filed its ports of departure from Tbilisi and Kiev. Yerevan though, it may not be too late in their heads.

Has nothing to do with the august principle of ‘self-determination’. 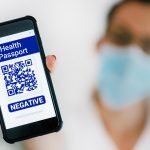 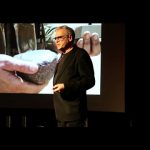