The projection of combat power has been one of the great geopolitical strengths of America and its Western allies since WWII.  Arguably, America’s global reach to introduce combat power and to maintain it over long periods of time has been unmatched since the time of the British Empire. However, it has become clear that much of that tremendous ability to project combat power has been squandered in Vietnam, Iraq and Afghanistan. It is growing unlikely that a direct military intervention by America or any of the NATO countries is “in the cards” to save the Ukraine government from a catastrophic defeat. Would any Western country truly risk a thermonuclear exchange over Ukraine? Détente, because of “mutual assured destruction,” may be achieved in spite of the inflammatory rhetoric.

We are watching as emotion driven Western leaders remain “target fixated” on defeating Russia and, more specifically, defeating Vladimir Putin. One of the important lessons I learned in two years of intense combat is that emotions can get you killed. To survive, you had to remain focused on the mission at hand, unemotional, no matter what was happening all around you. As much as possible, a clear, left-brain thinking approach had to be maintained. It took discipline. There was no room for hate or any emotion that would distract from the task at hand.

It looks like the disciplined, calculating approach of the Russian leadership understands the strength of their hand and the Ukraine / NATO leadership keeps doubling down on their collective losing hand. Their gamble is costing thousands of lives and creating a tsunami of economic and political disasters that will only get worse as time goes by. Arrogance is a terrible teacher to those who embrace it.

It did not have to be this way.

How many Western governments will collapse before the political / economic carnage has passed? How many people will suffer in the coming months for the wrongheaded decisions made by leaders who have lost touch with the Realpolitik of the world in which they live?

Yeah you not wrong thou. But i would think that a parted Ukraine will likely rearmed and stirr future trouble for Russia. So it would be better for Russia to take over the whole thing and rebuild a neutral West Ukraine.

The Ukrainian forces are losing, despite the efforts of US/NATO to supply them with weapons, tactical information and advisors. The West’s drive to support a corrupt and ineffective Ukrainian government will fail the only winners will be the US defense contractors and the MIC. The Ukrainian leadership is a complete joke. The US mind control apparatus portrays Volodymyr Zelensky as a hero to be lauded as a modern day Winston Churchill standing alone against Putin the modern day Adolph Hitler when in fact Zelensky is a puppet and the head of a inept corrupt neo-Nazi infested government. We are being… Read more » 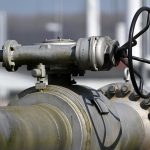