(RT) –  In fact, behind the Kremlin’s decision-making is a set of consistently expressed beliefs.

On the United States

“The USA is a great power. Probably the only superpower in existence today. We accept that and we are ready to work together with them.

What we don’t need is for them to get involved in our affairs, tell us how to live our lives, and prevent Europe from building a relationship with us.” 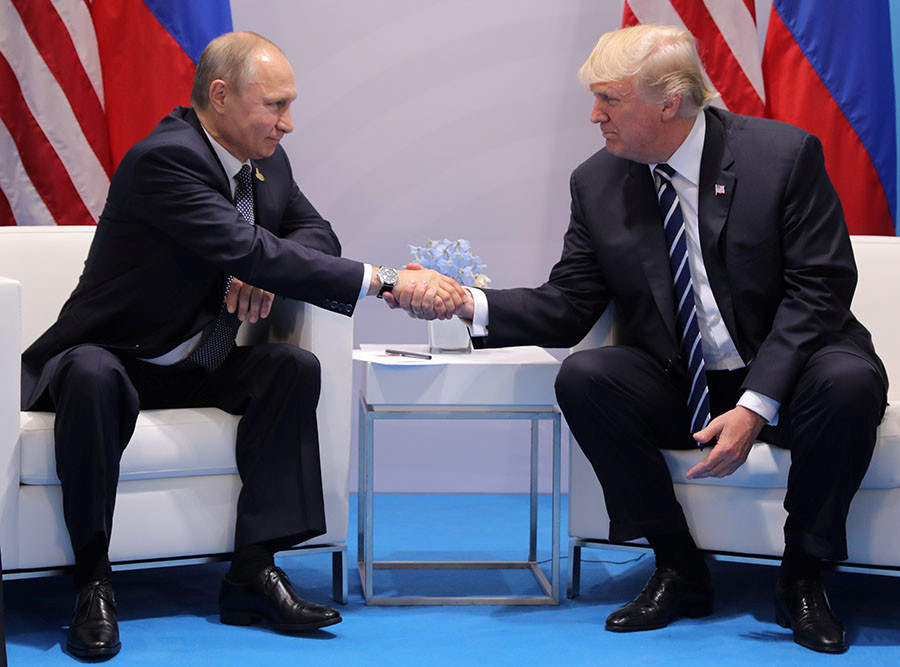 On allegations of Russia’s foreign meddling

“There is constant US propaganda, and direct funding of US NGOs… Is that not interference, which continues year in, year out? Take a globe, spin it, and randomly put your finger on any spot – I can guarantee that there are American interests and meddling there.

What do the Americans want? For everyone to just bow their heads in deference? We have our own opinion and we express it openly. It is not some form of undercover sabotage.”

“Does it benefit European states to simply service Washington’s foreign and even domestic policy aims? I am not sure. Is this the purpose of serious politics, and is this the role countries take on if they desire to call themselves great powers?”

“At one time, the EU welcomed the collapse of a whole range of states in Europe, not bothering to hide their glee. Why did they need to so thoughtlessly – for the sake of short-term interests and to please ‘Big Brother’ in Washington – unconditionally support the secession of Kosovo, provoking similar processes on the continent and beyond?” 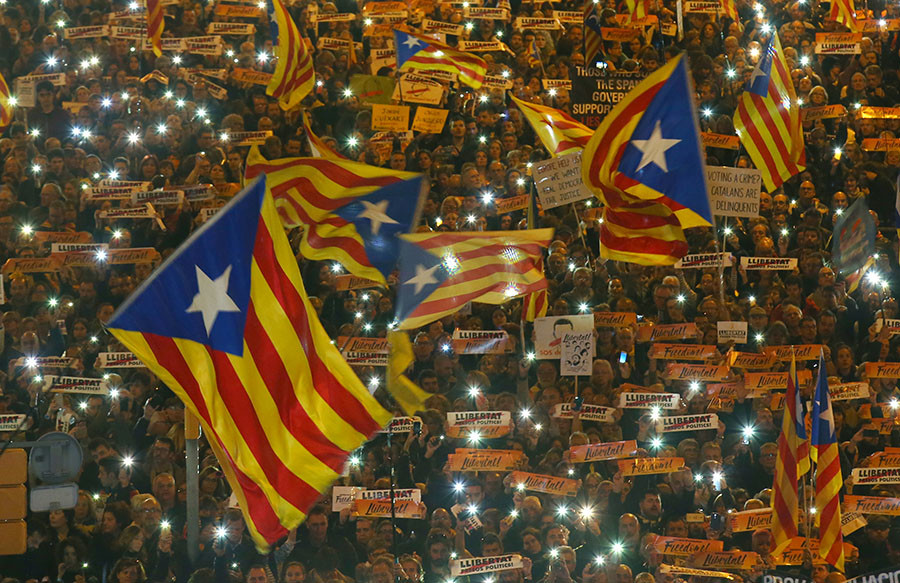 “There is no more Soviet Union, no Eastern Bloc. In my view, NATO needs an external enemy to justify its existence, so there is a constant search for one, and provocations to create adversaries where there are none.

…Today it is an instrument of American foreign policy. There are no partners in it, only vassals.”

On the Middle East

“There has been an attempt to reformat the region, to impose an outside model on it, either through regime change, or outright use of force. Instead of fighting extremism, instead of imitating such a fight, some of our peers want chaos to become a permanent state of affairs.”

“Of course we condemn North Korea’s nuclear tests and comply with all UN Security Council resolutions without exception.

But to solve this problem you must use dialog, not by trying to corner North Korea with military threats, and not resort to name-calling and public exchanges of insults. Whether you like the regime in Pyongyang or hate it, you have to recognize that DPRK is a sovereign state.” 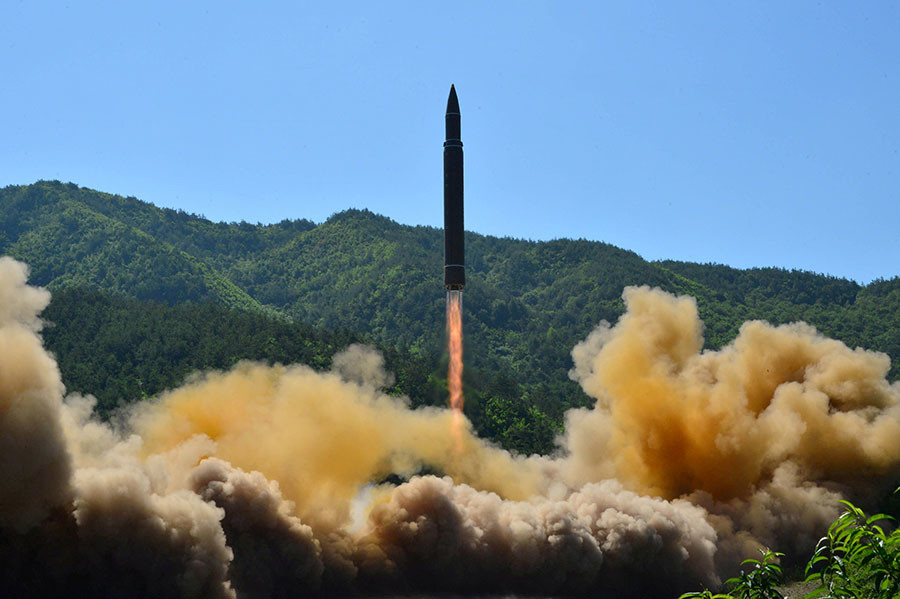 On the toppling of Viktor Yanukovich in Ukraine

“What happened in Kiev is an armed and unconstitutional seizure of power – a coup. No one is arguing with that.

The question is – why did it need to be done like that? Viktor Yanukovich had already given up his power, and had no chance of re-election. Why plunge the country into chaos? As a demonstration of power? This was a stupid decision and had the reverse effect. I believe it was these actions that destabilized the situation in the east of the country.”

On the government in Kiev

“The interests of the Russian and the Ukrainian peoples are the same. What isn’t the same is the aims of the Ukrainian government and elites.

…They have only one good left to export for international consumption – Russophobia. And the politics of division between the two countries. Some in the West believe that these two states should never be allies, and so Ukraine has been successful exporting that idea.” 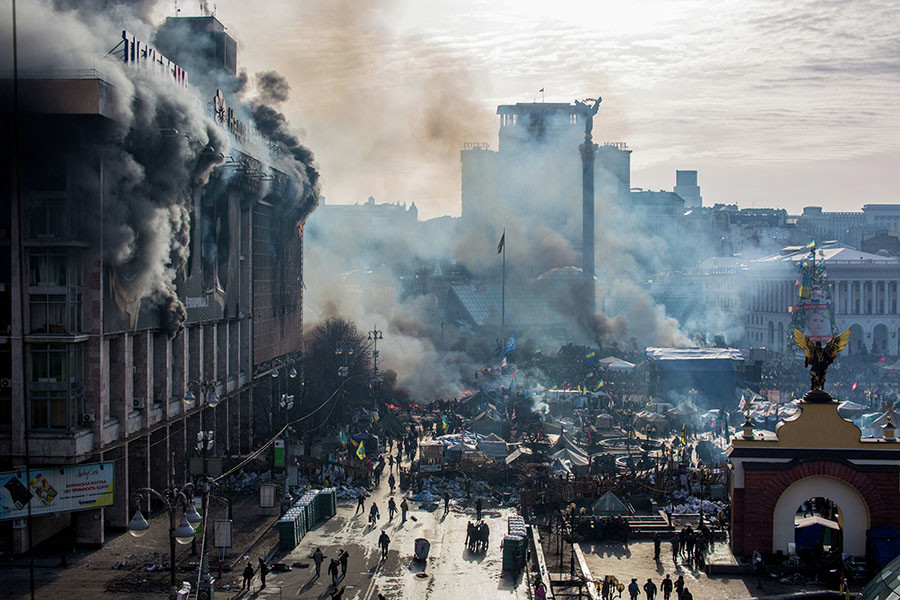 “Monarchy was a legacy passed down from the Empire to Soviet times, even though the plaque on the building changed. Only at the beginning of the 1990s, events came to pass which laid the foundation for a new stage of Russian development.

Certainly, you cannot imagine that we can instantaneously get the same government model, the same structures, as in the United States, in Germany, in France. Society, just as every living organism, has to develop stage-by-stage, organically. That’s the normal development process.”

On Russia’s role in the world

“Russia is a country with a thousand-year history and has almost always enjoyed the privilege of a sovereign foreign policy.

We are not going to betray this tradition today. At the same time, we are well aware of how the world has changed and we have a realistic understanding of our own opportunities and potential. We would like to interact with responsible and independent partners with whom we could work together in constructing a fair and democratic world order that would ensure security and prosperity not only for a select few, but for all.”