The notion that the Republic of Ireland should accede to NATO has been mooted since the 1950s. However, in the 1950s the idea was swifty swatted aside. Neutrality was very popular. Because Northern Ireland was part of the United Kingdom, subsequent Southern Irish unacceptance of what had been agreed to in 1921 meant that Dublin would not apply to NATO as the UK was a lynchpin of the alliance. Furthermore, as the Cold War as at its height there was a blatant advantage to standing aloof from taking sides. If the Cold War turned hot, the Irish State would not be targeted.

In 1998 85% of Irish people voted for Northern Ireland to remain in the United Kingdom. Relations between Eire and the UK have come around.

Since the major portion of Ireland left the United Kingdom the foreign policy of the Irish State was neutrality. The fledgling state was an enthusiast for the League of Nation. Indeed, Sean Lester, an Irishman, was its president. Though the Irish Free State remained within the British Commonwealth, Dublin chose to remain neutral in the Second World War. Eire was the only dominion to do so. The claim that Eire was neutral was somewhat mythical as tens of thousand of men travelled from Southern Ireland to enlist in the Crown Forces. De Valera gave meterological reports to the United Kingdom. This was precious intelligence. Eamonn de Valera secretly permitted the Allies to overfly his land towards the end of the war. Allied internees were released from the Curragh Internment Camp in 1944. Axis internees remained detained. The Taoiseach then committed a historical blunder by going in full mourning to the German Legation on 30 April 1945 to commiserate with the ambassador upon the demise of the Fuhrer of the German Volk and the Chancellor of the German Reich. Such pedantry formalism was in stark contrast to de Valera’s duplicity and hypocrisy on neutrality in other ways.

Irish defence policy after the Second World War was to promote the United Nations. As we had no allies we could not rely on anyone to come to save us if we were invaded. Our population was 3 000 000 in the 1960s and we were among the poorest countries in Western Europe. We could not afford a well armed military. If an aggressor chose to land on our shores our army could not win a conventional fight. The invader could be dragged into an irregular conflict. But it was questionable whether the fight could be long sustained against a well armed, determined and pitiless foe.

Our only hope was that the United Nations Organisation would come to our aid. That was why the Irish Republic sent troops on so many UN peacekeeping missions in Namibia. Cyprus, Lebanon, Namibia and elsewhere. Irish soldiers went to the Congo because it was a UN mission. But the Congo was particularly pertinent to Ireland because it was an Irish imperialist who gallantly drew attention to human rights abuses in the Congo Free State. He was Sir Roger Casement. Unfortunately, he later betrayed the UK and became an apologist for one of the most criminous states of his lifetime: the Second Reich.

Irish neutrality has long been a fallacy. The EU has a defence identity. The EU is a military alliance if not a superstate. EU countries are legally bound to defend each other. Moreover, Irish Governments have permitted the United States to stopover in Shannon Airport. US planes refuel there. They have touched down en route to bomb other countries. Unless we would allow Iraqi planes to refuel on the way to bomb the United States then it cannot be said that we are neutral.

Since the Russo-Ukrainian Conflict erupted the issue of Irish NATO membership has arisen anew. Should the Irish State seek to join NATO?

There were Russian Naval exercises not far off the Irish Coast in early 2022. A pro-Kremlin TV host in 2022 showed a simulated nuclear attack on the Republic of Ireland. If Moscow is contemplating nuking the Irish Republic even though it is not in NATO, then perhaps our republic would be better off under the aegis of NATO.

There would be blatant benefits to NATO membership. Defence is foremost. Moreover, under the auspices of NATO perhaps Irish troops could be stationed in Northern Ireland. This would please nationalists and not seem too menacing to unionists. To balance this and prove it is not Northern Ireland being expelled from the UK, British troops could be invited to be based in the Republic and share barracks with Irish troops.

Ireland has some magnificent natural harbours. These are Cork Harbour, Bantry Bay and Lough Swilly. The Royal Navy found these very valuable. No doubt the United States Navy would also appreciate them.

There is little urge in Ireland for us to apply to NATO. The government has not formally proposed it. It shall probably not come to pass. There are numerous obstacles to be surmounted. But they are not insuperable. The rock in the road is Sinn Fein. Their anglophobia might prevent Ireland joining NATO. SF is the largest party in the Republic and shall soon be in the North.

Thank goodness for Sinn Fein. Never join NATO Ireland! What are you afraid of? That Russia will invade you? And while you’re at it, get rid of the UK banks you’re enslaved to!

Sinn Fein are a neo-Bolshevik party, only interested in flooding Ireland with Untermensch. They were/are the Political Wing of the IRA.  As for “the UK banks”, well, they ceased to exist after the Napoleonic Wars. The Rothschild Family took control over the English Financial system, during the Napoleonic Wars (1803-15), by putting out lies that Napoleon had won the Battle of Waterloo, which led to a sell frenzy on the English Stock exchange. Napoleon, obviously did not win the war, England did. so, the Rothschilds bought up all the English stocks, sold on a “false flag” Panic) for pennies on… Read more »

Who would invade Ireland? There is very little for an invader to gain.

The only plausible invaders would be the UK and the US. NATO membership is a protection against such an unlikely invasion, but it is also a pre-emptive surrender to that invasion. NATO is not so much a defensive alliance as it is a protection racket. DeGaulle knew it.

“If Moscow is contemplating nuking the Irish Republic even though it is not in NATO, then perhaps our republic would be better off under the aegis of NATO.”

Absolutely hysterical! You have either be drinking the Kool-Aid, George Callaghan, or reading Irish Pravda, better known as Raidió Teilifís Éireann (RTÉ).

Ireland is already finished, and we did not need Russian Nukes to do the Job. The corrupt Trotskyites in Dáil Éireann, have been flooding Éire with Untermensch for the last 25 Years, and there is now a plethora of No-Go Zones littered throughout Ireland. 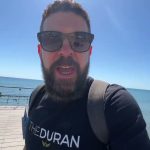