The poisoning of Alexei Navalny has created intensified support by pro-U.S., and especially pro-NATO, officials in the European Union, to block the nearly completed NordStream 2 natural-gas pipeline from Russia to Germany, and to import into the EU, instead, far costlier U.S. LNG, liquefied natural gas. A very real possibility thus now exists that the poisoning of Navalny will turn out to have been worth many billions of dollars to U.S. frackers, by causing the nearly-completed NordStream 2 to be turned to waste so that fracked U.S. LNG will sell in Europe. The present article will explore the relative likelihood that the poisoning of Navalny isn’t merely coincidentally perfectly timed in order to achieve that objective for the benefit of America’s gas-industry, but that it probably was actually planned and perpetrated in order to achieve this.

The idea that the Russian Government poisoned Alexei Navalny presumes such astounding stupidity on the part of Russia’s Government as to be exceedingly dubious, at best. Navalny, though he actually is favorably viewed by only around 2% of Russians (as indicated in polls there), is widely publicized in U.S.-and-allied media as having instead the highest support by the Russian people of anyone who might challenge Vladimir Putin for Russia’s leadership. It’s a lie, and always has been. Other politicians have far higher polled support in Russia. For example, whereas in the latest poll, published on September 5th, Navalny was one of four individuals who had 2%, Zhirinovsky had 5% and Zhirinovsky was the only person who had more than 2%, other than Putin, who had 56%. In the 2018 Presidential election, Zhirinovsky polled at 13.7%, Grudinin polled at 12.0%, and Putin polled at 72.6%. The actual election-outcome was Putin 76.69%, Grudinin 11.7%, and Zhirinovsky 5.65%. The idea that Putin would need to kill anyone in order to be leading Russia is so stupid and uninformed (and mis-informed) that it is beyond belief, though it is widely publicized in The West as being instead the reality. But what is true is that Navalny has been an immense propaganda-asset to the U.S. Government, and he now is especially so.

Even America’s CNN let slip, in a news-report on September 18th, regarding Navalny, that “his list of enemies is as long as it is powerful,” but they said nothing about whom those “enemies” might be. No one questions that Navalny claims to be an anti-corruption campaigner, and that this would generate enemies regardless of whether his accusations are truthful. The article on “Alexei Navalny” at Wikipedia, which is CIA-edited and written, and which blacklists (blocks from linking to) sites that aren’t CIA-approved, indicates that Navalny has accused numerous individuals of corruption, but not that any of those individuals is corrupt — and this is at a site (Wikipedia) which can reasonably be expected to link to documentation of any damning evidence that Navalny has come up with. But the article doesn’t link to any. The article does make clear that Navalny has been hoping to use these accusations in order to rise in Russian politics. It would be a dangerous way to rise in any nation’s politics, regardless of whether those accusations are true. The idea that Putin was behind this is insane. Is Putin so stupid as to poison the U.S. regime’s most-heavily propaganda-favored Russian precisely at the time when the EU is about to grant final approval to Russia’s vast (and virtually completed) NordStream 2 pipeline?

England’s Financial Times headlined on September 16th, “Germany offered €1bn for gas terminals in exchange for US lifting NS2 sanctions”, and sub-headed “Deal, detailed in a letter by Olaf Scholz to Steven Mnuchin, predates the poisoning of Alexei Navalny”. They reported that “In the August 7 letter seen by the Financial Times, Mr Scholz said Germany would increase its financial support for LNG infrastructure and import capacities ‘by up to €1bn’ in exchange for the US ‘allow[ing] for the unhindered construction and operation of Nord Stream 2’,” and reported that:

The US has long opposed Nord Stream 2 and in December imposed sanctions against companies involved in its construction. That move prompted Swiss pipe-layer Allseas to suspend its work with just 6 per cent left to install. A group of US senators from across the political divide are pushing to extend those sanctions.

Criticism of the project has grown in Europe too, with opponents saying it will increase Europe’s dependence on Russian energy exports at a time of rising tensions with Moscow. In her State of the Union address on Wednesday, European Commission president Ursula von der Leyen said: “To those that advocate closer ties with Russia, I say that the poisoning of Alexei Navalny with an advanced chemical agent is not a one-off. This pattern is not changing — and no pipeline will change that.”

The U.S. regime’s agent, von der Leyen, is doing her utmost to serve U.S. LNG marketers. Many other U.S.-regime agents also are.

On September 17th, America’s neoconservative (or pro-U.S.-empire) Newsweek bannered “Opinion: Open Letter: For the Sake of Transatlantic Security, Stop Nord Stream 2”, with 114 signatories of NATO-related U.S. and European officials, and published their argument that, “Over the past decade, the Government of the Russian Federation has engaged in a litany of malign activities aimed at upending liberal democratic norms across Europe and North America. The shocking poisoning of Russian opposition leader Alexei Navalny by a variant of the weapons-grade nerve agent Novichok shows that Moscow has not been deterred by Western actions and statements and refuses to reverse its destabilizing political adventurism at home and abroad.”

How blatant and scummy can a marketing campaign get?

The EU can’t stop the project because it’s not an EU project neither an German State Project but the corrupt traitors + whoring proxies of the AmeriCunts inside the [illegitimate unelected] EU-Junta, [phony]EU-Parlament and among the backstabbing traitors of the German Regime, Politclown Establishment + Deep-State will keep on trying like they tried for some years – It’s an Full-Blown WAR against Germany and the German People with Enemies foreign + domestic.

The EU advisor for “expansion” is Jeffrey Sachs.

‘…at a time of rising tensions with Moscow’. And who might be raising those tensions? As the German doctors have produced no report, absolutely nothing to give credence to the lie about poisoning, in a normal world it would seem odd that ‘politicians’ spout off about guilt with no proof whatsoever.

What was interesting was the the head doctor in Omsk who first treated and tested Navalny and said that he had not been poisoned announced that he and his family had received death threats. Now I wonder where these came from!

Those tensions have been “rising” since 1945, since Soviet Generalissimo Joseph Stalin and the Red Army won World War II, Diana. How high can those tensions rise any further? They are already spiralling sky-high, can even be seen by Russian astronauts looking down from the ISS space station, laughing at western stupidity and blatant lies.

Russian system is functional and the doctors put their face to their work and diagnosis. Navalny followers are scum and threaten their lives. German side makes anonymous diagnosis of the impossible. Refuses to provide proof of allegations. I think it’s funny that Navalny is prisoner to his own bull-crap story. Western media are cancerous. Funny how not many people see the mockery the journalists and activits have for the population

And Nordstream 2 will get finished anyhow, inspite of the Skripals, Navalny and all those poor innocent poisoned (or nearly poisoned) lambs to be presented in the future by the spiteful western powers that be….

The Genie in the Bottle

Luka-The-K9
Reply to  The Genie in the Bottle

She is teaching at a private university in Brussels. 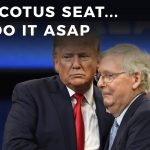