The United States Government wants to persuade the gullible global public that that Government takes seriously the global-warming threat. The only way actually to stop global warming — if it still can be stopped — is to outlaw, even if in only one major country (such as the U.S.), purchases of stocks and bonds in fossil-fuels-extraction companies, such as ExxonMobil, but the U.S. Government isn’t doing that; and, so, obviously, it has no real intention to prevent global burnout. Instead, it has proposed many measures, for PR purposes, in order to advance its real objectives. The latest such measure is one that is actually aimed at expanding yet further its global empire of ‘allied’ (or vassal) countries, so as ultimately to take control over the entire world, as being its empire — the very first all-encompassing global empire, such as Nazi Germany was trying (but failed) to establish.

This measure was a proposal at the U.N. Security Council — along with America’s allies or vassal-nations — to include climate-change as being treated in international law as a ‘national security’ matter and therefore as being subject to regulations (international laws) that pertain to national security, which is actually of a very different kind. Whereas global warming is driven, worldwide, by laws of nature, instead of (like national security, which is a local concern, very different in each nation) by Man-made laws, national security is driven entirely by the different needs of each individual nation. Laws to deal with national security are designed for protection against a fundamentally different type of threat. The U.S. regime is actually driven by its own global-imperialistic OBSESSION, which is to take control over the entire world (including Russia, China, and Iran) and thereby to make of the U.N. itself a mere talking-forum, instead of what it now is (and has been ever since 1945), the sole final arbiter of international laws. The U.S. Government wants to replace the U.N.’s international laws, by the U.S. regime’s ‘rules-based international order’, in which not the U.N., but instead  that regime itself, is the ultimate arbiter; and the U.N. will thereby degenerate entirely, no longer be even the substantial talking-forum that it has been. In other words: the U.S. regime’s goal is world-rule by America’s own aristocracy, its own billionaires. Weakening the U.N., by confusing national with international matters, is basic to the stands that the U.S. regime advocates for at the U.N.

Russia, China, Iran, and other countries that the U.S. regime targets for ultimately a U.S.-and-allied takeover, naturally opposed this U.S. initiative at the U.N. They don’t want the global-warming issue to be confused with being subjected to the same international laws that pertain to national security. In response to that opposition, the U.S. regime and its allies claim that by their opposition to this, those targeted countries are showing themselves to be against taking the sorts of actions that will be needed in order to combat climate-change. But that’s a lie. Though it is true that (like America itself) none of its targeted countries is outlawing the purchase of stocks and bonds in fossil-fuel-extraction companies, the United States and its ‘allies’ or vassals are likewise failing the future of mankind and of the planet’s entire biosphere. The U.S. regime’s holier-than-thou stance — like that which always characterized the Nazi regime before it — is only the self-‘justifiction’ by the global international aggressor. The U.S.-supported U.N. proposal was aimed at serving this dual function, of holier-than-thou plus weakening international laws (by confusing them with what they’re not). Only the most extremely confused and gullible members of the global public can accept that PR con from the imperialistic countries (the U.S. and its vassals) — the con to include climate change as being a national-security issue.

This matter (the U.S.-v.-Russia debate here) is a sort-of copy of the fake ‘Paris Climate Agreement’, of 2015. U.S. President Obama’s negotiator there demanded that it have no enforcement provisions; and, so, whatever ‘agreement’ would be reached there would leave the existing situation essentially unchanged: every Government employing the “anti-climatechange” or “anti-globalwarming” logo as mere propaganda to be used against its competitors, while each country would actually be doing nothing that would halt the escalation in global temperatures. It was (and is) a PR stunt.

Basically, the global aristocracy — the billionaires (along with their millions of corporations, and tax-exempt ‘nonprofits’, and lobbyists, and other paid agents) — are treating the global public as being mere suckers for their multifarious deceptions (such as that consumers rather than producers are responsible for this global warming — consumers are not responsible for it at all). Those investors (in fossil-fuels extraction and selling) definitely do NOT support a proposal to ban purchases of investments in fossil-fuel-extraction corporations, because any such ban, in any major country, would cause the stock-value of any such company to plummet and then soon terminate, as the company would need then to rely solely upon rewarding its investors only by means of increased dividends while laying off their entire staffs of explorers whom they currently employ to search for yet more reserves of those fuels to add to the already vast excess reserves of what instead need to be unburnable fuels that those companies already hold. All unburnable reserves (which is two-thirds, 67%, of their existing reserves) would then be written-off, as total losses. There would be no further investments in fossil fuels.

Those investors definitely don’t want the global public to know that the people to blame for burning-out our planet are those investors themselves, and NOT the consumers of their products (such as those firms and their propagandists lie to say).

However, after those corporations would be virtually worthless in terms of market-valuation, an enormous torrent of greatly increased new investment money would be redirected and pour into R&D to find and develop viable new sources and technologies of non-carbon fuels, and THAT redirection of new investments, away from fossil-fuels into non-carbon fuels and technologies, MIGHT actually be able to halt global warming. But it’s the ONLY way that halting it would be even possible. And everybody who is seriously concerned about the global warming issue already knows this, but none publish it because that would acknowledge the scam that they all have been participating in.

In fact, one U.S. Senator’s office told me that they cannot endorse any proposal to outlaw investments in fossil-fuels-extraction corporations because it would be anti-capitalist. However, there are numerous products and services in the U.S. which are illegal to invest in, or even prohibited from buying or selling (such as narcotic drugs, prostitution, etc.) altogether. There is no Constitutional prohibition against prohibiting the purchase or sale of any type of thing or service. Furthermore, the U.S. Constitution says nothing at all about “capitalism,” nor about “socialism,” and EVERY government is necessarily itself a socialist entity, in order for it to exist at all. So, clearly, that Senator’s office was simply lying to me. But this is how the U.S. regime works. It’s how the empire is controlled. 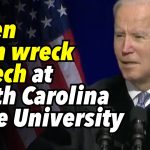 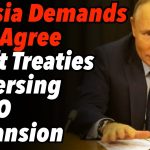